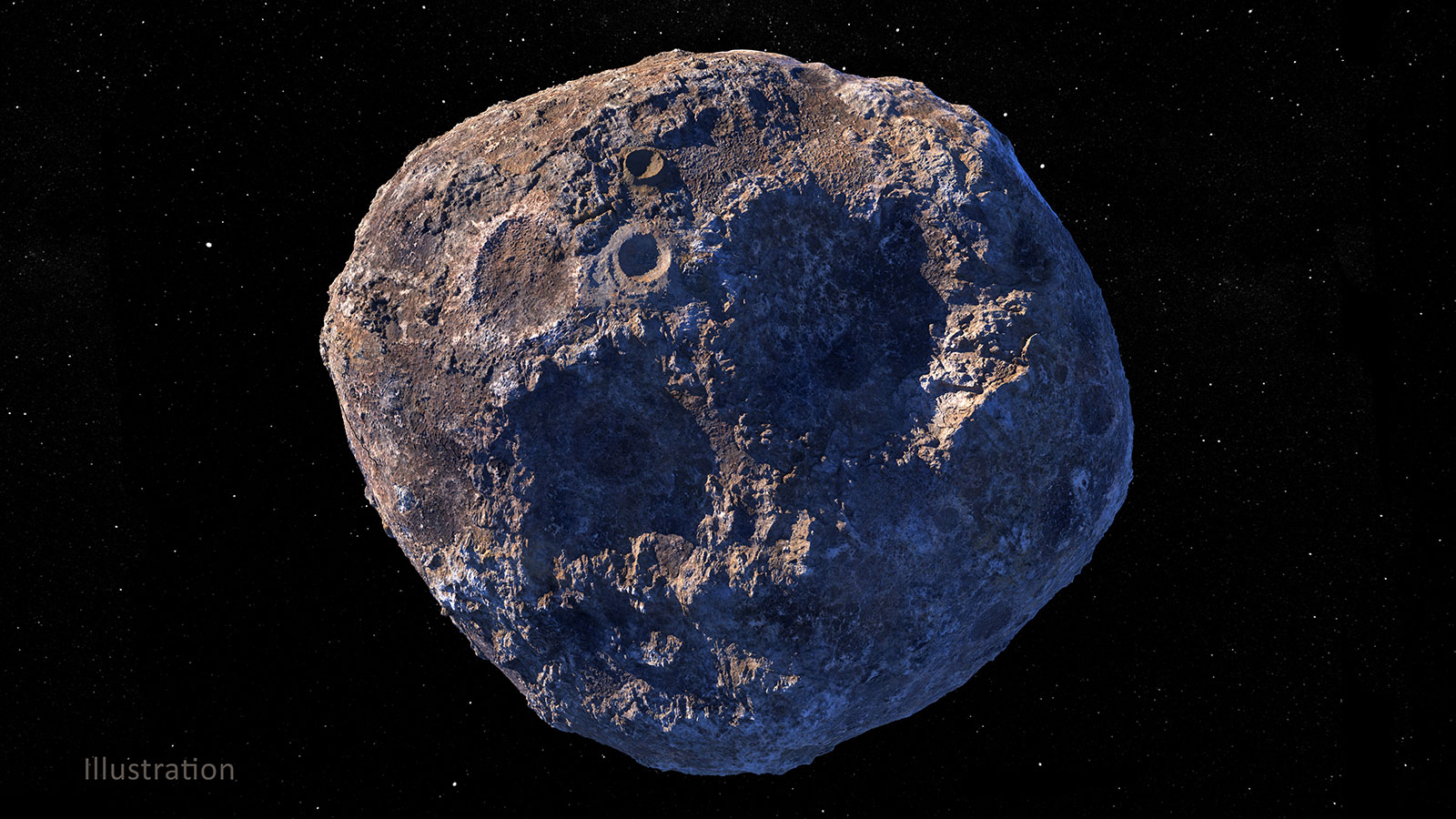 Planetary scientists have created a new, detailed map of the asteroid Psyche, providing a tantalizing preview of the target for a NASA mission set to launch later this year.

NASA’s Psyche mission, named after its destination, aims to discover whether the 140-mile-wide (225 kilometers) metal-rich asteroid is the exposed core of a protoplanet, as scientists theorize it might be. Now, scientists on the mission have a new resource to consult.

In new research, scientists from the Massachusetts Institute of Technology (MIT) and elsewhere used the Atacama Large Millimeter/submillimeter Array (ALMA) in northern Chile to measure light emitted from Psyche, allowing the researchers to discern the temperature and certain electrical properties of materials on the surface. Then, the scientists matched the thermal emissions from Psyche to simulated emissions, revealing varying amounts of metals and silicates — a large group of minerals made of silicon and oxygen mixed with other elements — across the surface of Psyche.

Related: The greatest asteroid missions of all time!

“These maps confirm that metal-rich asteroids are interesting, enigmatic worlds,” lead author Saverio Cambioni, a planetary scientist at the Massachusetts Institute of Technology, said in a statement (opens in new tab). “It’s another reason to look forward to the Psyche mission going to the asteroid.”

By tracking the asteroid as it rotates, the team also discovered that material at the bottom of a large depression, likely an impact crater, changes temperature much faster than material on its rim. This discrepancy suggests that the crater bottom is covered in fine-grained material that heats up quickly, such as sand on Earth, whereas the crater rims are composed of rockier, slower-to-warm materials.

The Psyche spacecraft carries a gamma-ray and neutron spectrometer and a color imager which will allow it to begin to closely study the asteroid’s surface and composition when the mission arrives in 2026.

The study was published in the Journal of Geophysical Research: Planets on June 15.

Psyche was planned to launch on a SpaceX Falcon Heavy rocket on Aug. 1 but is now targeting a launch no earlier than Sept. 20 due to software issues. The delay has knock-on effects for two small tag-along satellites which have to revise their targets for planned asteroids flybys.