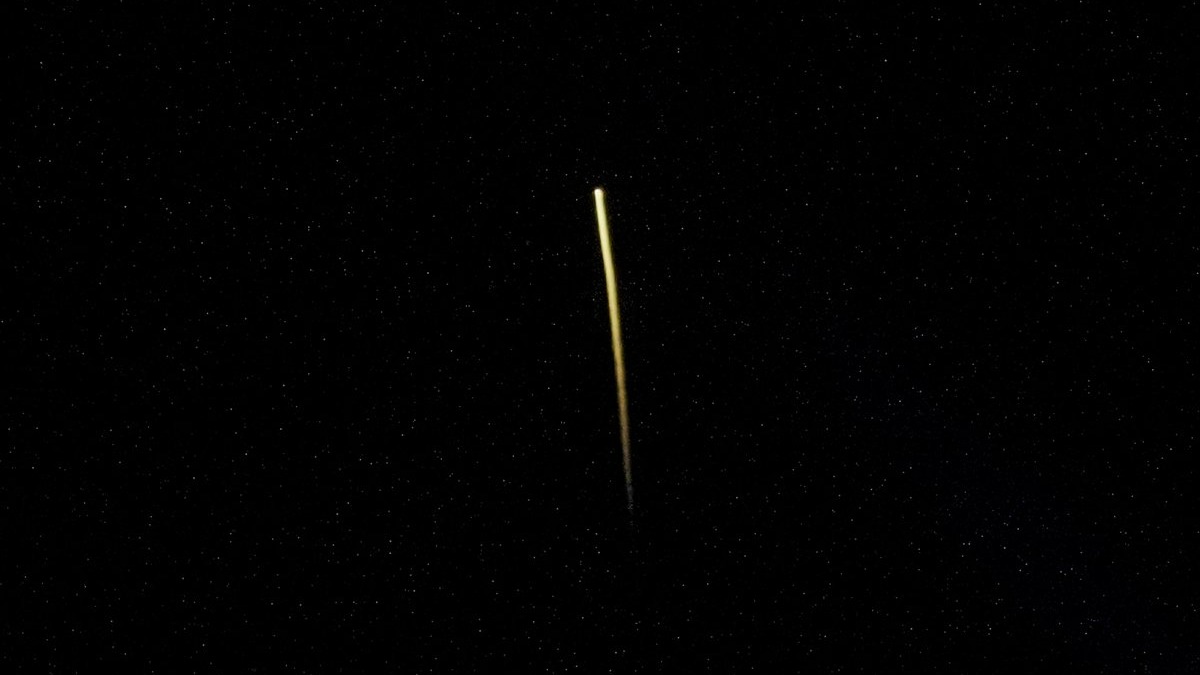 SpaceX’s Crew-3 Dragon Endurance space capsule streaks through the atmosphere to return four astronauts to Earth on May 6, 2022 off the coast of Florida. (Image credit: SpaceX)

SpaceX’s Crew-3 astronaut mission’s return to Earth early Friday (May 6) was captured in epic photos as the crew wrapped up a half-year on the International Space Station.

Both NASA and SpaceX, which supplied Crew-3’s Dragon capsule for the agency, captured the streaking spacecraft high in the atmosphere in the minutes before the successful splashdown at 12:43 a.m. EDT (0443 GMT), 176 days after their mission began.

Th epic photos show a meteor-like vehicle moving fast through the atmosphere with four individuals on board: Raja Chari, Tom Marshburn and Kayla Barron, all of NASA, and Matthias Maurer with the European Space Agency (ESA).

Crew-3’s streaking spacecraft was captured high in the atmosphere by NASA, before it splashed down in the Gulf of Mexico May 6, 2022. (Image credit: NASA/Aubrey Gemignani)

Above is one view of the capsule as it plunges through the atmosphere in the wee hours of Friday.

Below is a wider view of SpaceX’s Crew-3 Dragon with the lights of recovery ships visible at the bottom of the image, including what appears to be a spotlight blazing into the night at bottom right.

A wide-field view of Crew-3’s returning spacecraft against the horizon, just prior to splashdown on May 6, 2022. (Image credit: NASA/Aubrey Gemignani)

The returning Endurance spacecraft was visible in Mexico, Florida and nearby areas, generating some social media shares from people who got up early (or stayed up late) to watch the show.

Standing on the shores of Clearwater Beach, I watched as Crew Dragon and its crew of four streaked across the night sky during their journey home. Time to head back to the Space Coast for a launch 🚀 #Crew3 @SpaceX @NASA pic.twitter.com/b1KiuoC9YZMay 6, 2022

In the minutes after splashdown, the four astronauts gave an enthusiastic “Hello” to Earth after recovery officials reached the spacecraft.

While it typically takes about a day of time on our planet to fully recover from each day in space, the astronauts should be able to resume many of their normal activities (such as showering, driving and exercising) in just a few weeks.