See the hypersonic ‘Darkstar’ jet from ‘Top Gun: Maverick’ in person this weekend 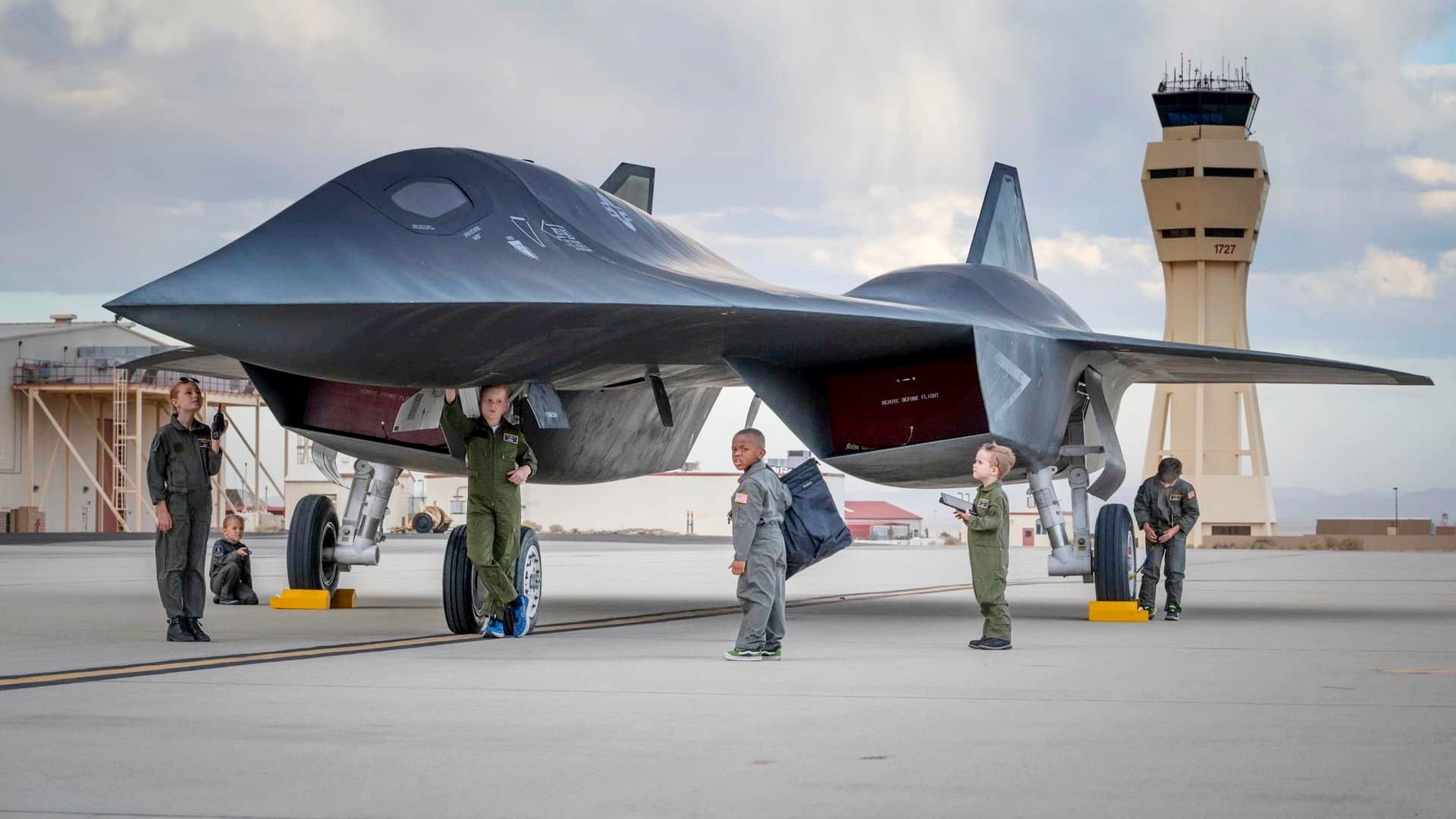 The real-world mockup of the fictional “Darkstar” hypersonic jet seen in the opening sequence of the 2022 film “Top Gun: Maverick” is on display this weekend.

While not an actual hypersonic aircraft (not confirmed as such, anyway), the mock jet looks real enough for most passersby to mistake it for the real thing. For the first time, this mock-up will now be on display: Attendees at the 2022 Aerospace Valley Open House, Air Show, & STEM Expo in Southern California this weekend can get up close and personal with the Lockheed Martin-designed Darkstar that was used in the production of this year’s “Top Gun” sequel.

Word about the Darkstar’s possible appearance at the air show had been circulating on aviation websites for days, and Edwards Air Force Base confirmed them with a post from its official Facebook and Instagram pages this morning.

“Yes, the rumors were TRUE!” Edwards Air Force Base’s Facebook post (opens in new tab) reads. “The Lockheed Martin Darkstar IS at Edwards and will have its world debut at the 2022 Aerospace Valley Open House, Air Show, & STEM Expo this weekend! Designed to showcase the future, it was only right local #STEM students received the first look! The Darkstar will be on static display all weekend long at #AvAirshow,” the post continues.

In “Top Gun: Maverick,” the Darkstar appears in the opening sequence as Tom Cruise’s eponymous character takes it on an unauthorized test flight that reaches speeds of well over Mach 10, causing the craft to disintegrate. The stunt gets Maverick in enough hot water that he is reassigned to a teaching position, setting the film’s plot in motion.

Rumors have swirled for years that Lockheed Martin has been developing such a hypersonic spy plane, but they remain unconfirmed. Still, many saw the appearance of the fictional Darkstar in the film as proof that the long-rumored SR-72 spy plane might be real and that the film offers a glimpse of the secret project.

The Darkstar mockup used in the film was designed in coordination with actual engineers from Lockheed Martin’s famed Advanced Development Programs, better known as Skunk Works. This division has been responsible for designing and engineering some of the most classified and revolutionary aircraft and spacecraft of the last eight decades, including the SR-71 Blackbird, the U-2 spy plane, and NASA’s new X-59 “quiet” supersonic jet.

The mock Darkstar on display is said to have looked so realistic that it fooled the Chinese military into repositioning a satellite to get a better look at it, according to “Top Gun: Maverick” producer Jerry Bruckhemier. “The Navy told us that a Chinese satellite turned and headed on a different route to photograph that plane. They thought it was real. That’s how real it looks,” Bruckheimer told Sandboxx News. (opens in new tab)