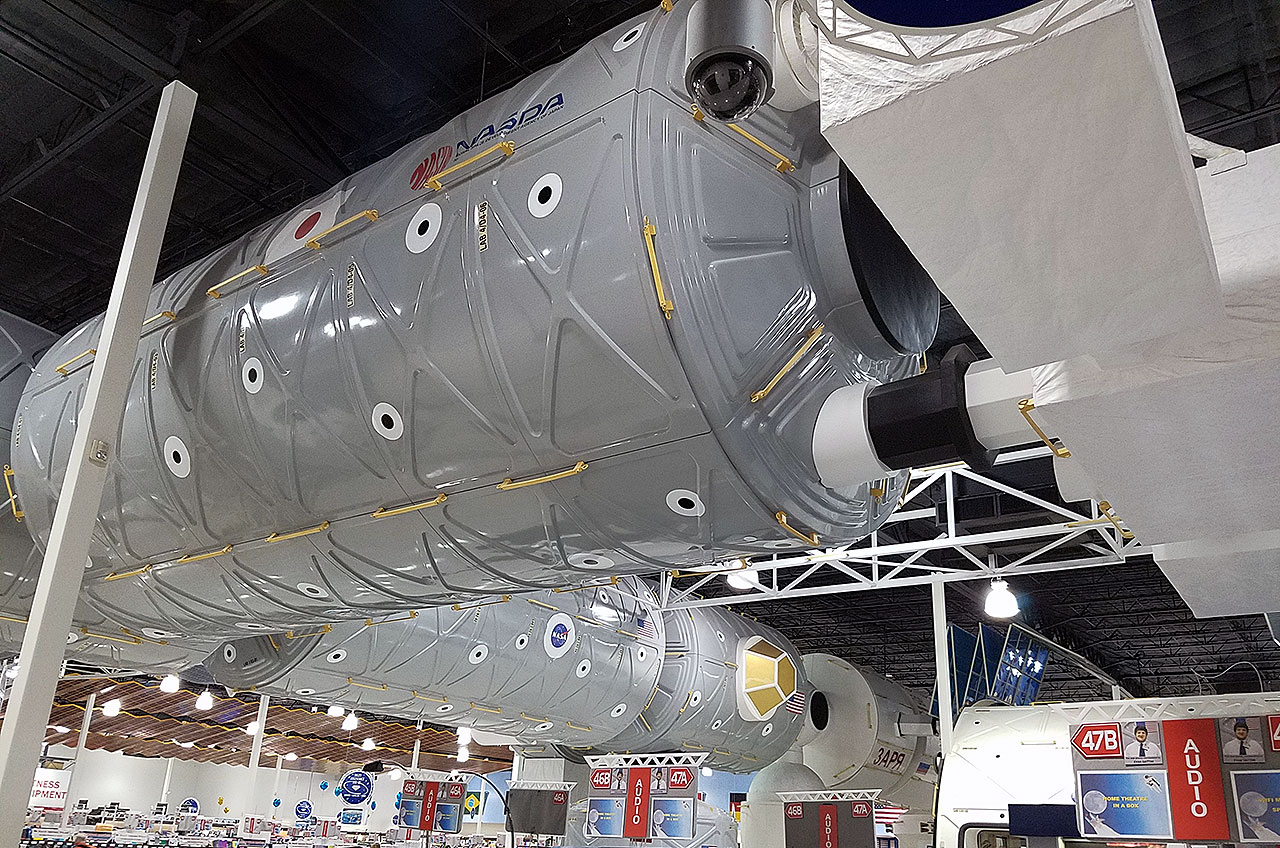 A Houston company building a commercial orbital outpost has found the perfect place to move: a sprawling facility that comes pre-equipped with a full-scale mockup of the International Space Station (opens in new tab) (ISS).

Axiom Space, which has a contract with NASA to test components of its planned Axiom Station at the International Space Station, has leased the former location of Fry’s Electronics in Webster, Texas to house its engineering operations. The former big-box retail store, which closed when the national chain went out of business (opens in new tab) in 2021, is unique for its football-field-long representation of the ISS.

“The Axiom Space engineering team has rapidly expanded to meet the growing needs of developing the world’s first commercial space station (opens in new tab). We are lucky to have the Axiom engineering team move into an iconic building in Clear Lake, filled with many fond memories for the local community, especially for many in the NASA/aerospace community,” Matt Ondler, chief technology officer at Axiom Space, said in a statement provided to collectSPACE.com.

The exterior of the former Fry’s Electronics in Webster, Texas, resembled space station modules. This photograph was taken in March 2022. (Image credit: Google)

The space station installation also has a replica of the Canadarm2 robotic arm, a Russian Soyuz spacecraft, two models of NASA’s never-realized X-38 emergency crew return vehicle and astronauts (mannequins) in replica spacesuits. Additional oversized modules previously served as product demonstration rooms and an in-store cafe, while most of the station sat among and above aisles of computers and other devices.

The buildout was and continues to be one-of-a-kind on Earth. Neither NASA nor any of international partners have a complete ISS. (Nearby Johnson Space Center in Houston has training versions of each of the modules, but omits the truss and solar array wings.)

Construction is now underway to convert the 146,000-square-foot (13,600 square meters) building to meet Axiom’s needs, including adding a collaboration workspace, offices and lab space. The building’s high ceilings will support Axiom’s plans for full-scale mockups and engineering units of its own space station.

The ISS, though, will remain. Axiom worked with the building’s ownership group to leave all of the space-related pieces that hang overhead and other space features unique to the facility’s design.

“This building has always represented a place where makers, inventors and engineers could go to be inspired for their projects,” said Ondler. “We hope a new generation finds inspiration in these walls as we build an innovative new space station. For Axiom, it is a place that represents our engineering culture of building, prototyping, testing and innovating.”

Axiom’s initial plans for the building are to support 400 employees, all assigned to engineering work on the Axiom Station, including development across all of its subsystems. The buildout will be able to accommodate up to 540 people, which is in line with its engineering team’s growth projection for mid-2023.

Axiom anticipates moving in as soon as late July or early August. Its base lease and options extend for six and a half years.

Concurrently, Axiom is building its long-term headquarters at Ellington Airport, the site of the Houston Spaceport. The company broke ground on the facility in May and plans to complete the first phase of the two part construction by April 2023. Axiom then plans to move the majority of its employees to that location once those buildings are finished, sometime in the next few years.

Axiom Station (opens in new tab) is planned by Axiom Space as a commercial outpost that will host both private and professional astronauts (opens in new tab) in low Earth orbit. Construction of the first module has begun, with welding and machining underway at Thales Alenia Space in Italy. Once completed, the module will be delivered to Axiom Space in Houston for its final assembly and integration prior to its launch in late 2024.

« Different this time? ‘Almost all’ Bitcoin metrics are now hinting at a price bottom » Sony Reveals New Line Of Gaming Headsets And Monitors For PS5 And PC