The Slime Rancher series’ highly anticipated second installment, Slime Rancher 2, brings Beatrix and the player to a new island full of new areas, slimes, and mysteries to uncover. While this beloved franchise is fairly easy to get into, the number of systems at play can be overwhelming and it can be easy to get a little stuck. Luckily, we have a few tips for getting started effectively for players hopping on to the series with the new game, or returning players who might be a little rusty.

When you first launch Slime Rancher 2, the game presents you with an initial settings screen. Don’t be afraid to turn off things like Feral Slimes or Tarr if you’d prefer a more peaceful experience. Tutorials will be helpful for newer players to get a grasp of the systems carried over from the last game as well. There’s no wrong way to play, and as the game is quite friendly to players of all skill levels and ages, you need not force yourself to take on the game’s more intensive elements if that’s not what you’re here for.

Don’t worry if you feel like you’re not progressing extremely quickly! It takes time to build a Slime ranch from scratch; focus on one or two coops and supplement your plort income by going on excursions out to the rest of the island. Eventually, you’ll start to get a steadier stream of plorts (and therefore Newbucks, the in-game currency) and it will be easier to upgrade and maintain your ranch at the Observatory. 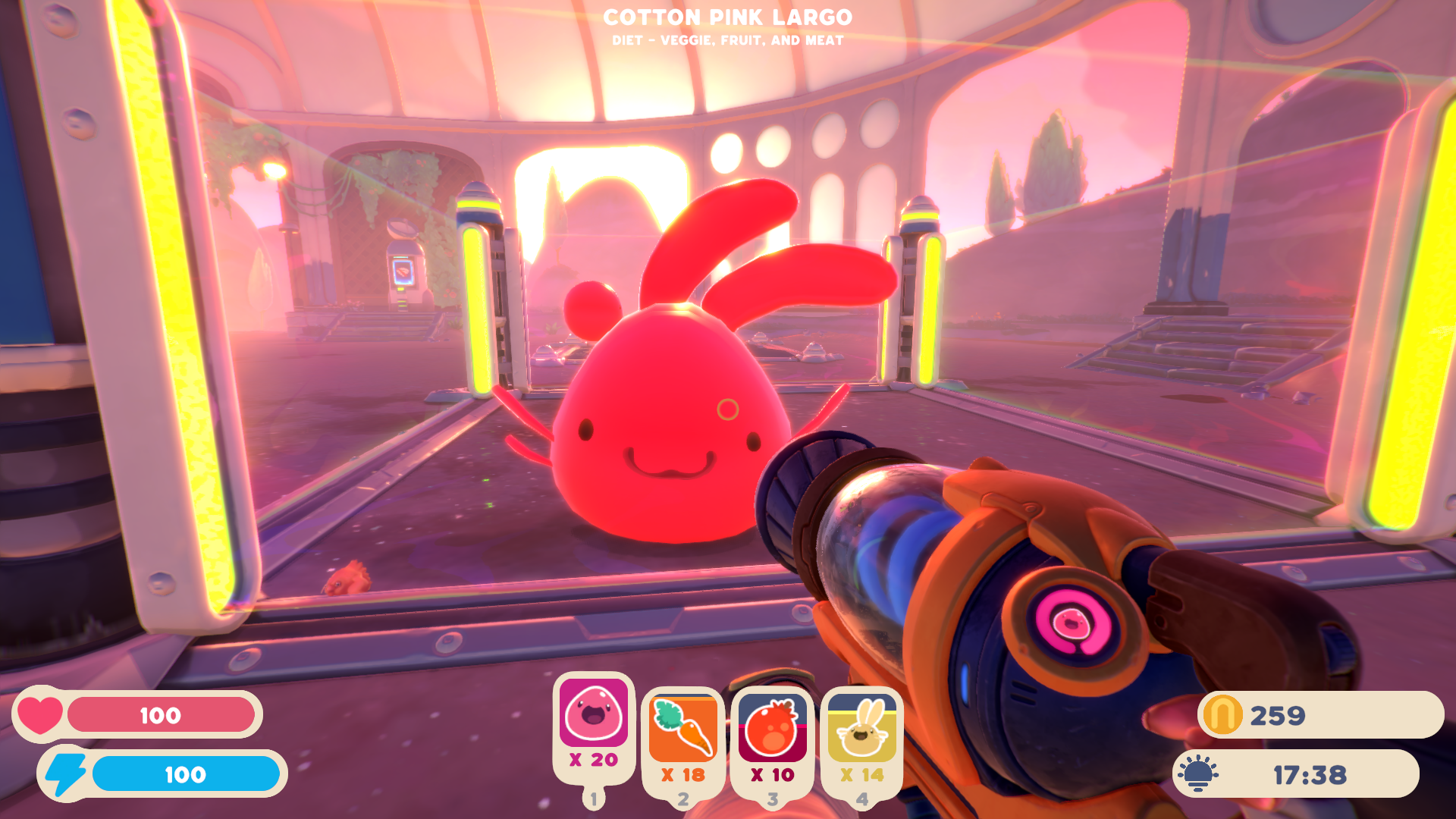 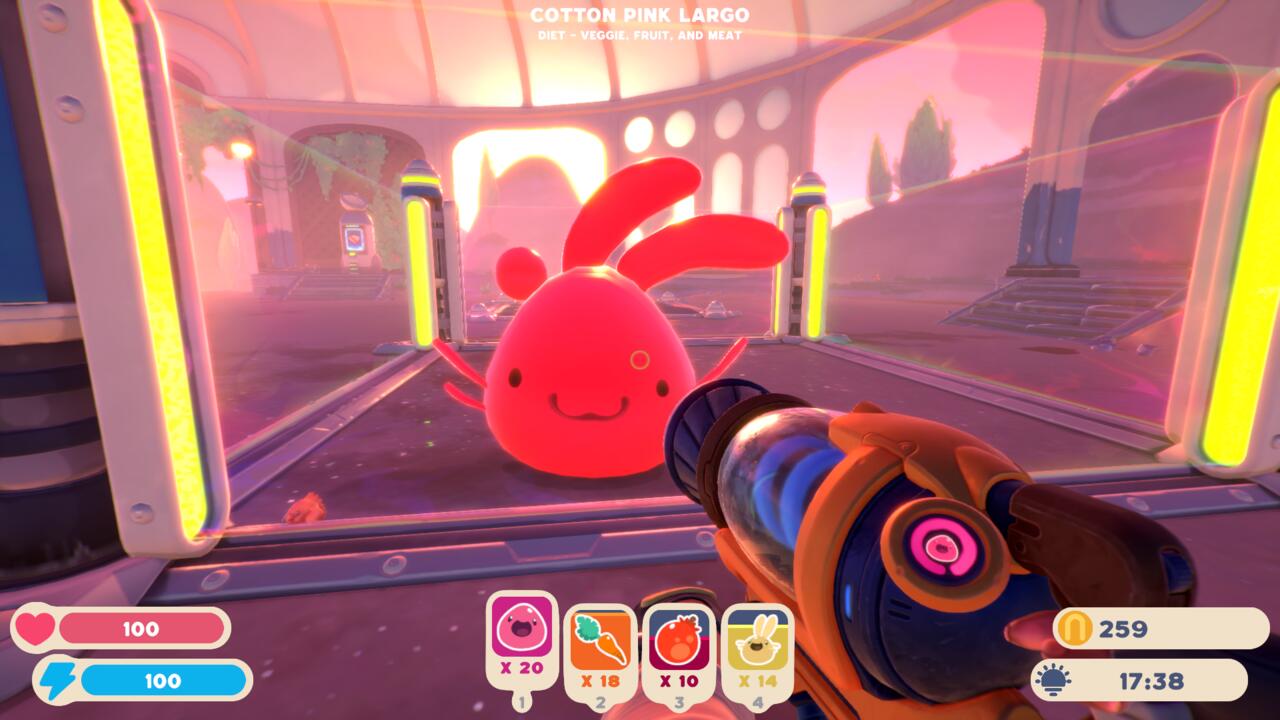 Largo Slimes are Slimes that have eaten the plort from another Slime. This causes them to take on characteristics (and the diet) of whatever Slime they’re combining with, making it easier to feed the Largos. Largos will also create two plorts instead of just one like their normal counterparts, making them valuable to any ranchers looking to make money quickly.

The Tarr are Largo Slimes that have eaten a plort that they can’t produce on their own; this causes them to mutate into Tarr and start attacking other Slimes, converting them to Tarr in the process. To keep your Largo Slimes from becoming Tarr, make sure you keep them away from any plorts they don’t create themselves–especially if you’ve already got a handful of Largos on your hands that you don’t feel like replacing.

Keep an eye on plort prices 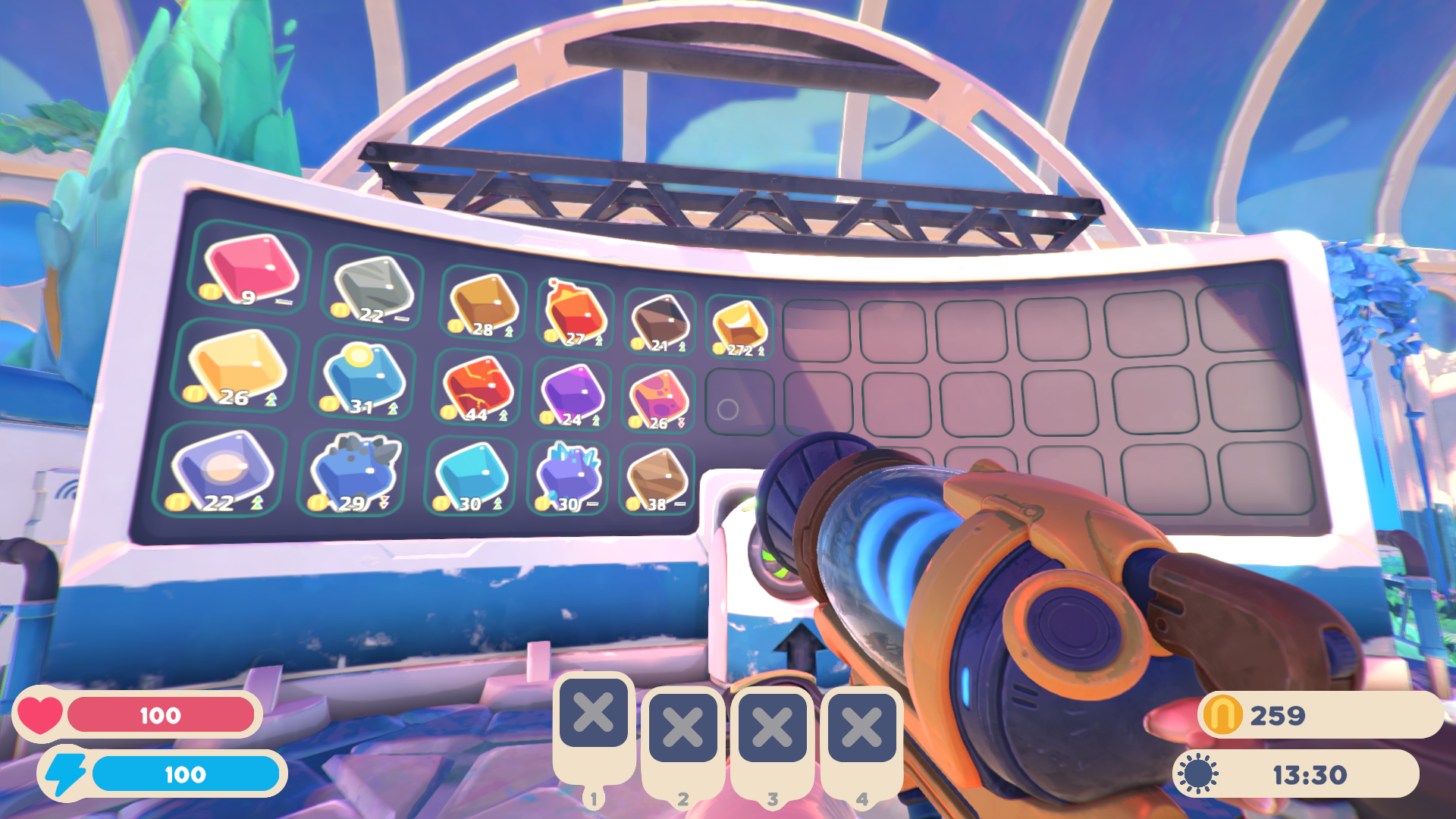 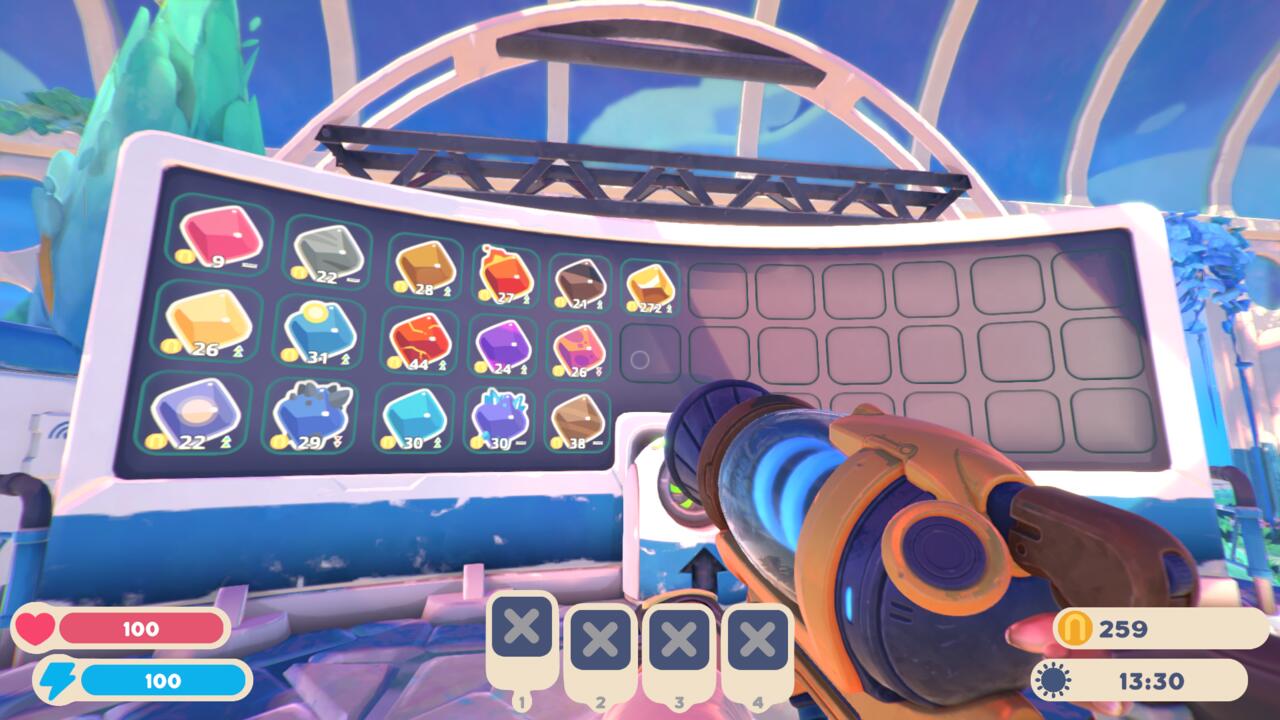 Each plort has a price, which fluctuates each day based on supply and demand. Basically, the more of a certain plort you sell, the less value it will have going into the next day. On the flip side of that, the ones you don’t sell one day may rise in price the next. Play the market a little to make sure you’re getting as many Newbucks as you can.

Slimes aren’t the only thing an aspiring Slime Rancher needs for their ranch! Instead of a corral, you can use one of the patches located in the Observatory and elsewhere to farm a specific type of fruit or veggie. Getting a carrot patch and a pogoberry tree into the Observatory early can help keep your Slimes well-fed and happy, so they can produce more plorts for you to use as needed. A Coop will allow you to raise Hen Hens and Roostros for Slimes that prefer meat as well.

Rainbow Island is a huge place — you might not be able to access everything from the get go, but even the starting area has multiple types of Slimes to catch, each with their own plorts to sell. Pink Slimes abound near the Observatory, but head slightly west and you’ll find Cotton Slimes (and Phosphor Slimes at night), as well as Tabby Slimes just south of that area. Other areas of the island will have completely different types of Slimes, so make sure you explore to find them all. Once you’ve explored enough, you might even find the rare Gordo Slimes.

Gordo Slimes are massive Slimes, even larger than Largos. Gordos can’t be vacuumed up (or move at all) due to their size, but feed them enough of their desired foodstuff and they will pop into a sea of smaller Slimes, as well as uncover mysterious portals to other parts of the island, which we won’t spoil here.