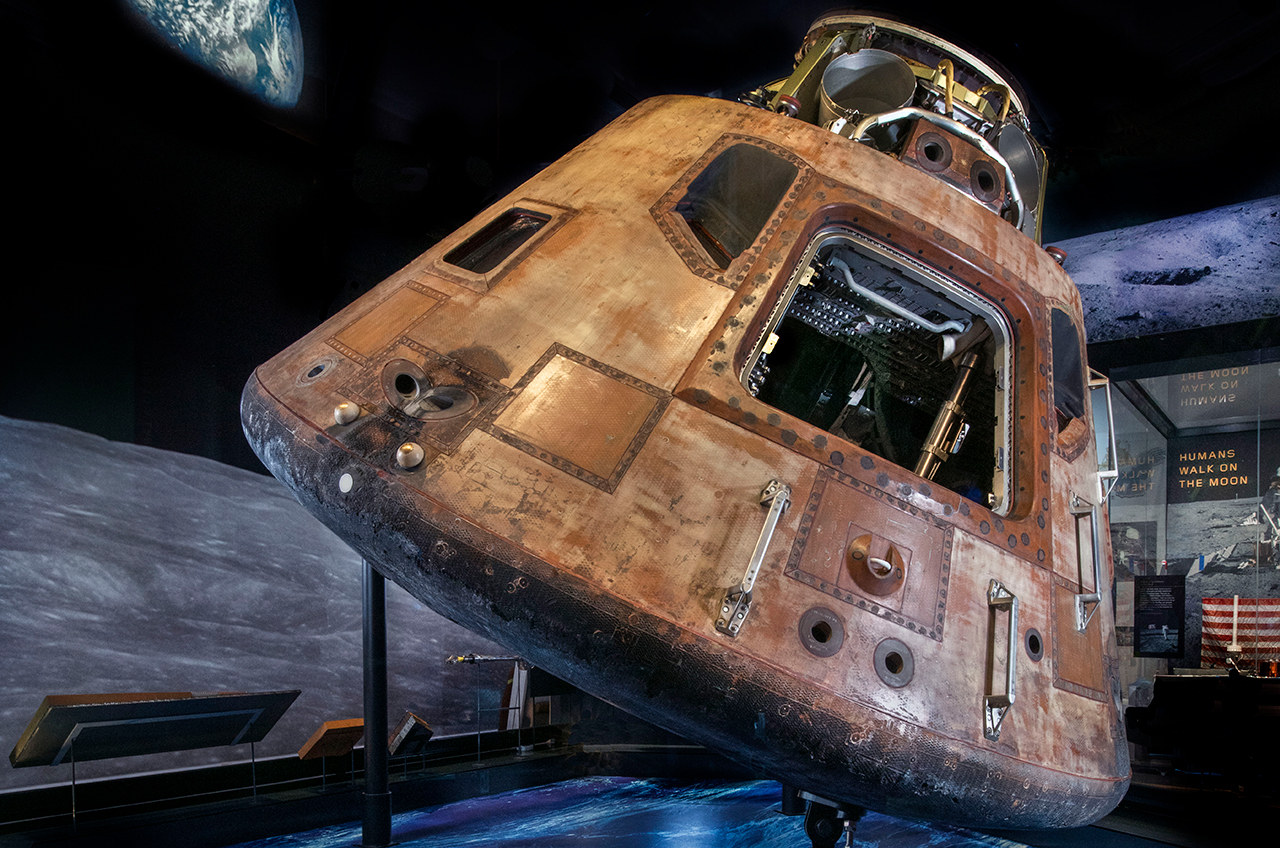 The countdown is now on for the launch of the first reimagined galleries in the National Air and Space Museum (opens in new tab).

The Smithsonian on Tuesday (Aug. 2) announced that, after six months being closed to the public, it will re-open half of the Washington, D.C. museum’s flagship building on the National Mall on Friday, Oct. 14. Eight new and renovated exhibitions, including two focused on the history of space exploration, will debut on the building’s west end.

“This is one of the most exciting times in the National Air and Space Museum’s history,” Chris Browne, director of the museum, said in a statement (opens in new tab). “When we open the first reimagined galleries, we hope all visitors are inspired by artifacts on display for the first time, favorite icons of aerospace presented in new ways (opens in new tab) and diverse storytelling.”

Closed since the end of March, the museum has been undergoing a seven-year renovation (opens in new tab) that began in 2018. The extensive overhaul has included the redesign of all of the museum’s 23 display areas and the refacing of the building’s exterior cladding, among other improvements and repairs.

Contractors work to install the thrust chamber of a recovered Apollo 11 F-1 engine in the “Destination Moon” gallery at the Smithsonian National Air and Space Museum in Washington, D.C. (Image credit: Smithsonian)

When the museum reopens on Oct. 14 — the same day as the 75th anniversary of the breaking of the sound barrier — it will feature hundreds of artifacts new to the building, including the T-38 jet that Jackie Cochrane flew when she became the first woman to cross Mach 1. Also on display will be a full-size X-Wing Starfighter used in the filming of “Star Wars: The Rise of Skywalker,” on loan from Lucasfilm.

Among the eight exhibitions making their debut will be two devoted to humanity’s exploration of Earth’s natural satellite and its surrounding planets.

Replacing the museum’s original “Apollo to the Moon” gallery (opens in new tab), “Destination Moon” will use the Smithsonian’s collection of Mercury, Gemini and Apollo artifacts to show how astronauts came to walk on the lunar surface. At the center of the new exhibition will be “Columbia,” the Apollo 11 command module (opens in new tab) that carried the first moon landing crew to and from Earth, and the Apollo 11 spacesuit that was worn by mission commander Neil Armstrong.

Next door, in the “Kenneth C. Griffin Exploring the Planets Gallery,” visitors will be able to tour the solar system and learn what it would be like to walk on another world through a new immersive and interactive experience. Featuring Mars rovers and interplanetary probes, the exhibition also draws on research from scientists in the museum’s Center for Earth and Planetary Studies, who are actively involved in current planetary missions.

Other galleries re-opening or debuting on Oct. 14 include “America by Air,” “Early Flight,” “Nation of Speed,” “One World Connected” and “Thomas W. Haas We All Fly.” In “Wright Brothers and the Invention of the Aerial Age,” the 1903 Wright Flyer will be displayed in a dynamic new environment that better tells the story of the invention of flying and its implication on world history.

Also returning are the museum store, Mars Café and planetarium. The latter has received significant upgrades, including new screencast abilities that will allow connection with other planetariums located around the country, vastly expanding the museum’s reach.

Given the expected interest in visiting, timed-entry passes will be required. The free passes will be available from the National Air and Space Museum’s website (opens in new tab) beginning on Sept. 14.

Work on the east wing of the museum is continuing. The central “Milestones of Flight” exhibition (opens in new tab) is targeted to reopen in 2024. The completion of the remaining 14 galleries and the culmination of the project are currently scheduled for 2025.