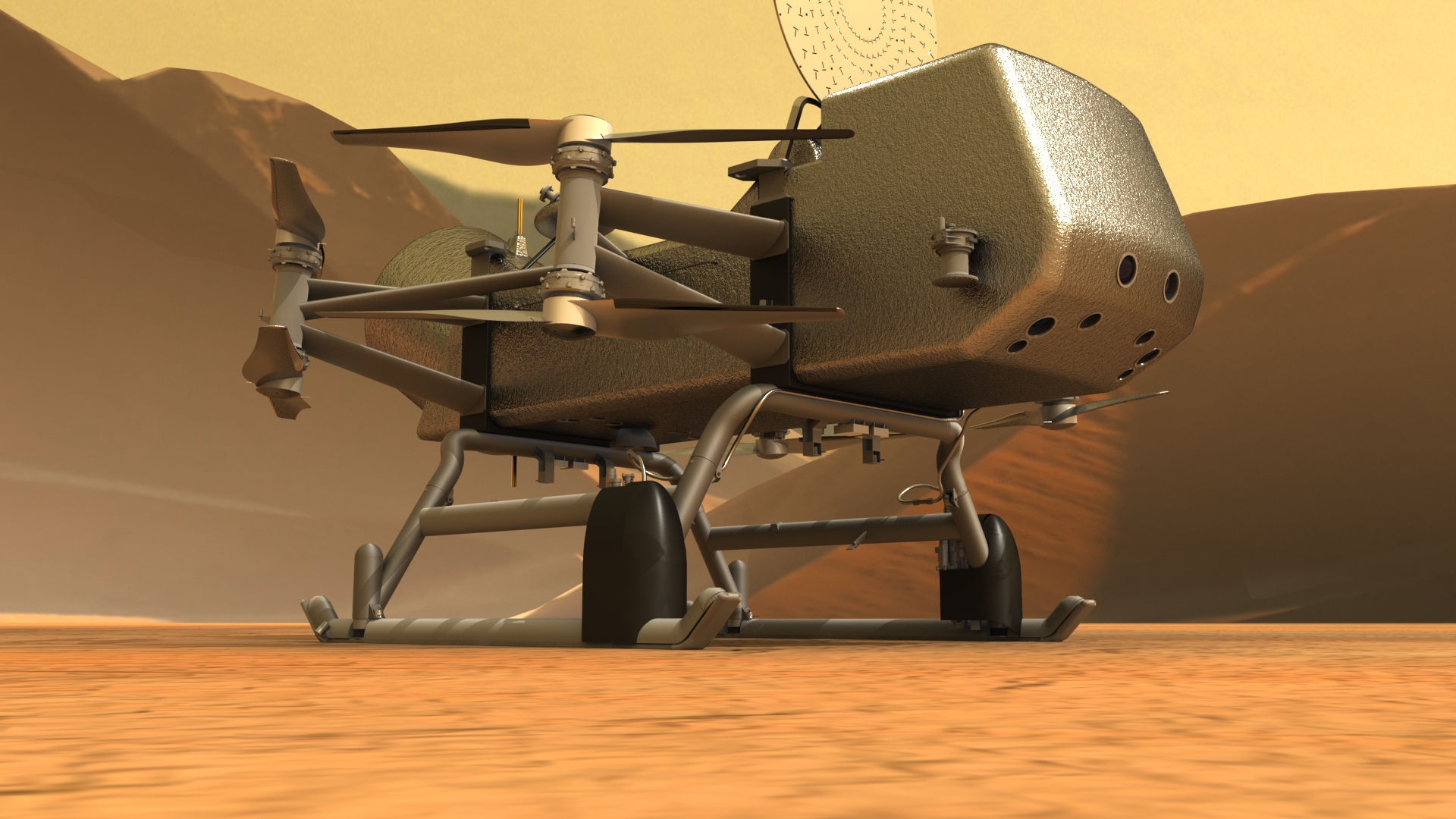 In a scene reminiscent of the recent “Dune” movie, the predecessor of a mission bound for Saturn‘s strangest moon soars over the California desert.

A new YouTube video shows a drone flying above Imperial Dunes in California in September 2021 to perform testing for the Dragonfly mission, which is a life-hunting drone expected to launch to Saturn’s moon Titan in 2027 if all goes to plan.

“Working from sunrise to sunset, the team collected data from numerous flights in a variety of lighting conditions — and captured data critical to developing and testing the navigation algorithms,” personnel at the Johns Hopkins University Applied Physics Laboratory (JHUAPL), which is leading the mission, wrote in a statement accompanying the video.

“The natural dunes serve as an analog to the terrain that Dragonfly will encounter on Titan, and the environment is ideal for testing the navigation algorithms that will use camera images to sense the rotorcraft’s position and motion,” the statement added.

The team developing Dragonfly has made two half-scale “Integrated Technology Platform” drones that use software and hardware very similar to what will be aboard Dragonfly, to ensure that the equipment has testing behind it before it flies to distant Saturn’s neighborhood.

On board is equipment including eight independent rotor assemblies, a flight computer, a digital image processor, the navigation camera, an inertial measurement unit that allows the drone to sense its position in the air, and prototypes of image processing and flight control technology, JHUAPL stated.

“In the past year, the drones have logged over 100 flights at multiple test sites and under varying wind conditions as their configurations have matured in complexity,” the laboratory added.

The eventual mission calls for Dragonfly to land on Titan eight years after launch. Then the probe will spend at least 2.5 years exploring the 3,200-mile-wide (5,150 kilometers) moon, making at least two dozen flights with a range of about 110 miles (180 km).

The last time a surface mission went to Titan was the Huygens probe, which was a part of the Cassini mission. Huygens lasted for a brief time after landing on Jan. 14, 2005.