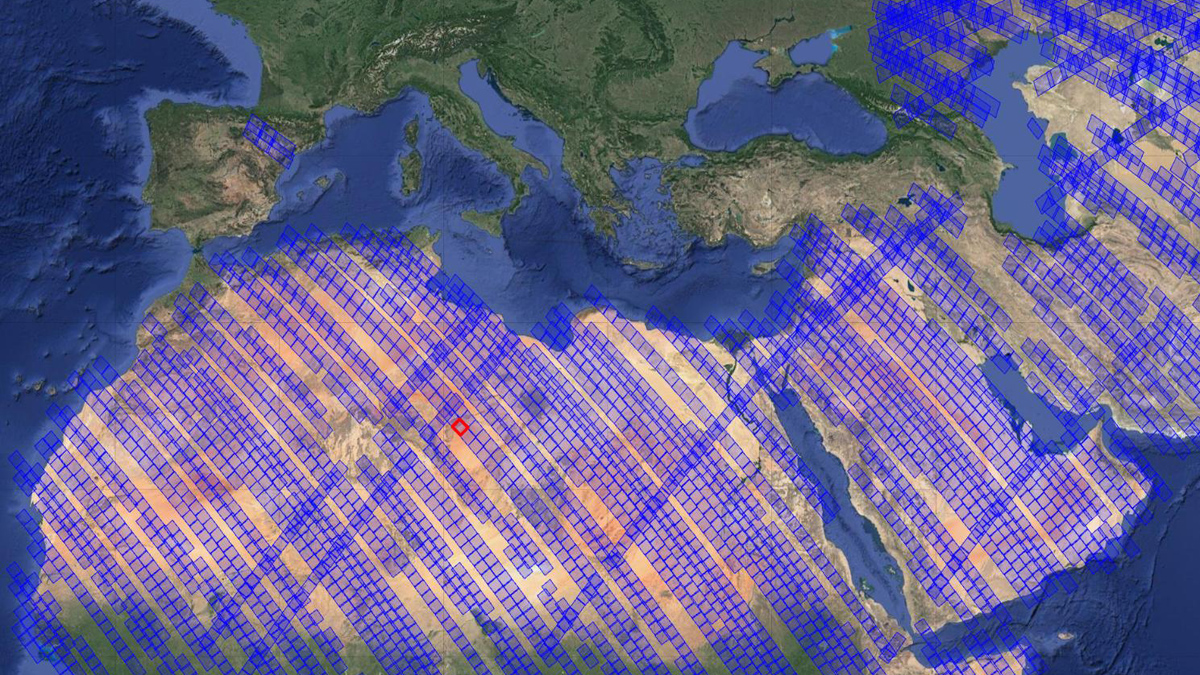 New maps of the chemical composition of dust based on measurements taken from the International Space Station will help scientists understand which types of minerals contribute to climate change.

The two new maps were created from measurements taken by the Earth Surface Mineral Dust Source Investigation (EMIT) instrument, which flew to the International Space Station in July. They depict the chemical composition of minerals covering the land surface in two regions on our planet — northwestern Nevada in the U.S. and the north African country of Libya.

By mapping the mineral fingerprints of Earth‘s surface from space, scientists aim to gain a better understanding of the effects different types of dust have on the temperature of Earth’s atmosphere.

In dry areas such as large deserts, huge amounts of dust can get stirred up by winds and transported across vast distances. Based on the chemical composition of the dust, its presence in the air can  have either a cooling or a warming effect on Earth’s atmosphere. That can play a role in the progress of climate change. At the moment, however, scientists don’t know which type of dust has what kind of effect and whether all the world’s atmospheric dust combined contributes to warming or cooling.

The first two maps created using EMIT’s measurements will help researchers calibrate the instrument before mapping can commence for real.

The region in northwestern Nevada was also mapped from an aircraft in 2018. By comparing the two sets of measurements, the NASA team could confirm that the EMIT instrument is accurate.

EMIT is a spectrograph, which measures how material absorbs electromagnetic radiation across different wavelengths. By creating such light-absorption spectra, scientists can deduce the effect of different materials on air temperature.

“The data we’re getting from EMIT will give us more insight into the heating and cooling of Earth, and the role mineral dust plays in that cycle,” Kate Calvin, NASA’s chief scientist and senior climate advisor, said in a statement (opens in new tab). “It’s promising to see the amount of data we’re getting from the mission in such a short time.”

“Decades ago, when I was in graduate school, it took 10 minutes to collect a single spectrum from a geological sample in the laboratory,” Green commented.

During its one-year mission, EMIT will make billions of such measurements covering the entire globe, enabling scientists to improve their climate-change models by inserting the variable that is currently missing — the dust’s interaction with Earth’s system.

“With this exceptional performance, we are on track to comprehensively map the minerals of Earth’s arid regions — about 25% of the Earth’s land surface — in less than a year and achieve our climate science objectives,” Green said.