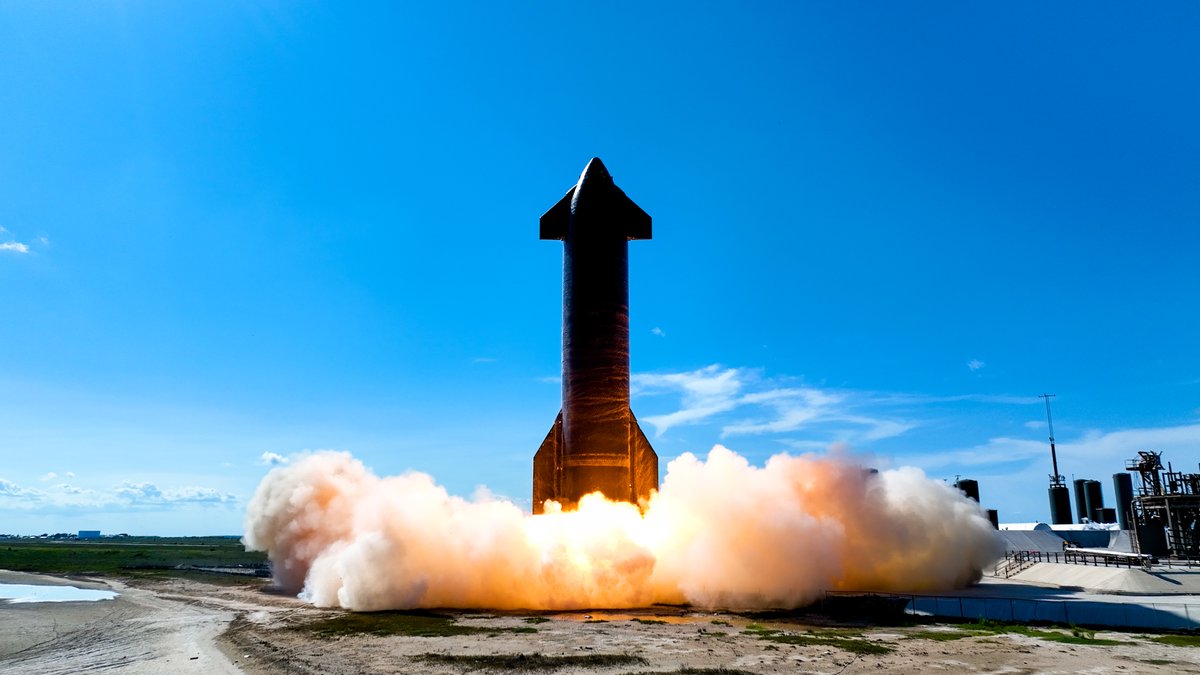 SpaceX fired up the engines of its space-bound Starship prototype Thursday afternoon (Sept. 8) in a dramatic test that also set some of the surrounding landscape ablaze.

All six of the Raptor engines on SpaceX‘s Ship 24 vehicle blazed briefly Thursday at 5:30 p.m. EDT (2130 GMT) at Starbase, the company’s South Texas facility. The “static fire” test marked another step toward launch for Ship 24, which is slated to conduct the Starship program’s first-ever orbital test flight in the coming months.

The static fire lasted just a few seconds, but flames burned at Starbase for a while afterward. The test sparked a grass fire that brought the local fire department out as a safety precaution, as a livestream by NASASpaceflight.com (opens in new tab) showed. (Rocket Ranch Boca Chica (opens in new tab) also captured footage of today’s static fire, which you can see in the video above.)

Starship is SpaceX’s next-generation deep-space transportation system, which the company is developing to take people and payloads to the moon, Mars and beyond. The vehicle is composed of two fully reusable elements, both of which are powered by Raptor engines: a huge first-stage booster called Super Heavy and a 165-foot-tall (50 meters) upper-stage spacecraft called Starship.

SpaceX is gearing up for the landmark Starship orbital flight, which will involve Ship 24 and a Super Heavy known as Booster 7. The company has been testing both vehicles at Starbase over the past month or so, performing static fires and other work.

On Aug. 31, for example, SpaceX lit up three of Booster 7’s 33 Raptors, in the first-ever Super Heavy static fire to engage multiple engines. (NASASpaceflight footage suggested that just two of the three Raptors fired properly, however.)

SpaceX founder and CEO Elon Musk has said Starship has the potential to unlock the heavens, making Mars colonization and other bold exploration feats economically feasible.

He’s not the only one to see promise in the giant vehicle. For example, NASA selected Starship as the first crewed lunar lander for its Artemis program of moon exploration. If all goes according to plan, a Starship will put NASA astronauts down near the lunar south pole in 2025 or 2026.