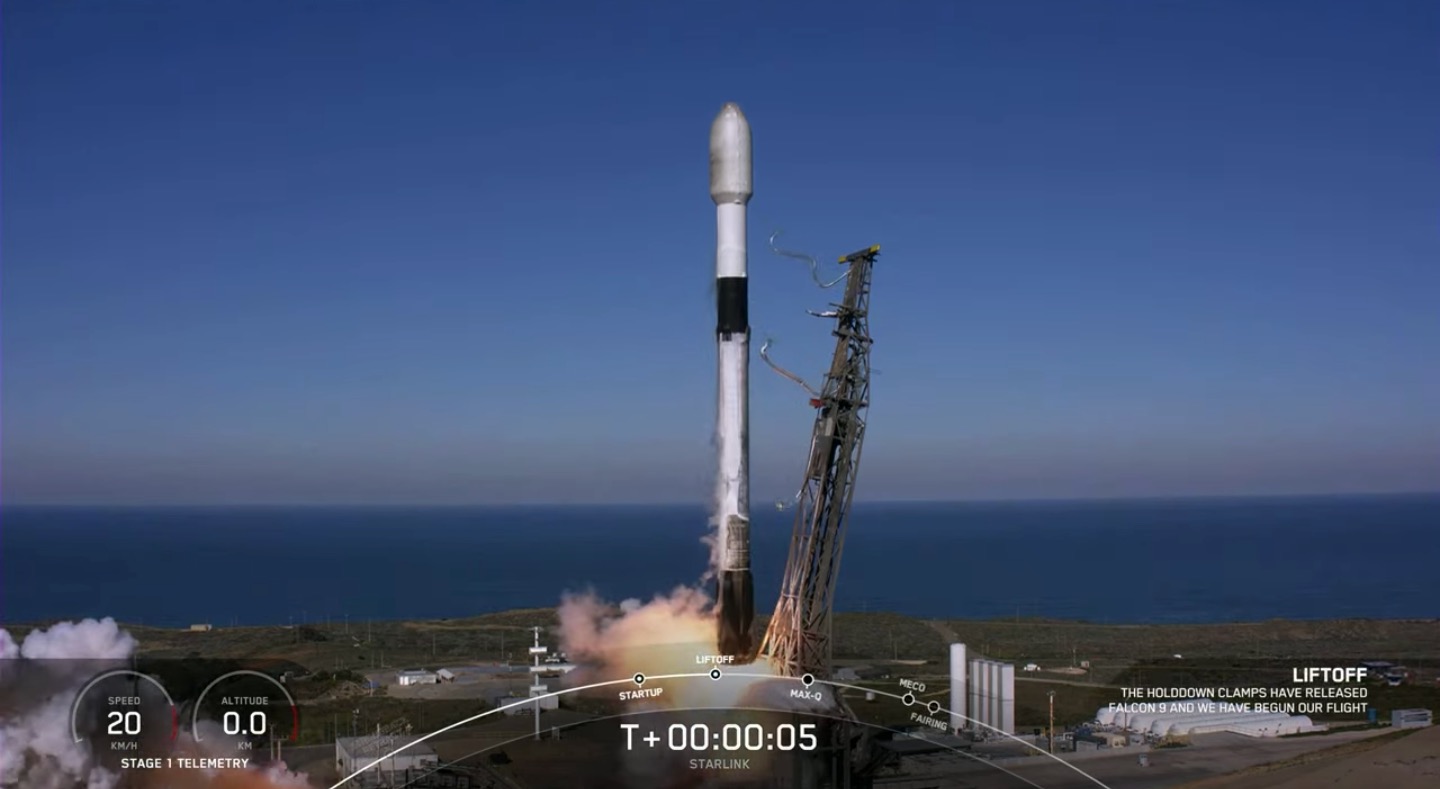 A little less than nine minutes later, the Falcon 9’s first stage came back down to Earth for a vertical touchdown on Of Course I Still Love You, a SpaceX droneship that was stationed several hundred miles off the California coast.

The second stage, meanwhile, continued carrying the 50 satellites to orbit. The spacecraft deployed as planned about an hour after liftoff, SpaceX confirmed via Twitter today.

It was the fourth launch and landing for this particular booster. The first stage also helped launch the Sentinel-6 Michael Freilich Earth-observation satellite for NASA and the European Organization for the Exploitation of Meteorological Satellites in November 2020, as well as 60 Starlink satellites in May 2021 and NASA’s Double Asteroid Redirection Test spacecraft in November 2021, SpaceX representatives said.

Such reuse is a priority for SpaceX and its founder and CEO, Elon Musk. Musk aims to help humanity colonize Mars, and the billionaire entrepreneur believes that fully and rapidly reusable rockets are the key breakthrough needed to make that happen.

Today’s launch was the third Starlink mission of February for SpaceX, after a 49-satellite launch on Feb. 3 and a 46-satellite liftoff on Monday (Feb. 21). The Feb. 21 mission marked the 100th landing of a Falcon 9 first stage during an orbital flight.

The Feb. 3 mission was also notable, but for a very different reason. Shortly after liftoff, a solar eruption triggered a geomagnetic storm on Earth, which increased the density of our atmosphere enough to bring down most of the newly launched satellites via drag. SpaceX has said that it will launch Starlink spacecraft to slightly higher initial altitudes in the future to protect against such storms.

SpaceX has launched more than 2,000 Starlink satellites to date, and many more are slated to go up. The company has permission to loft 12,000 of the broadband spacecraft, and it has applied for approval to launch up to 30,000 more.