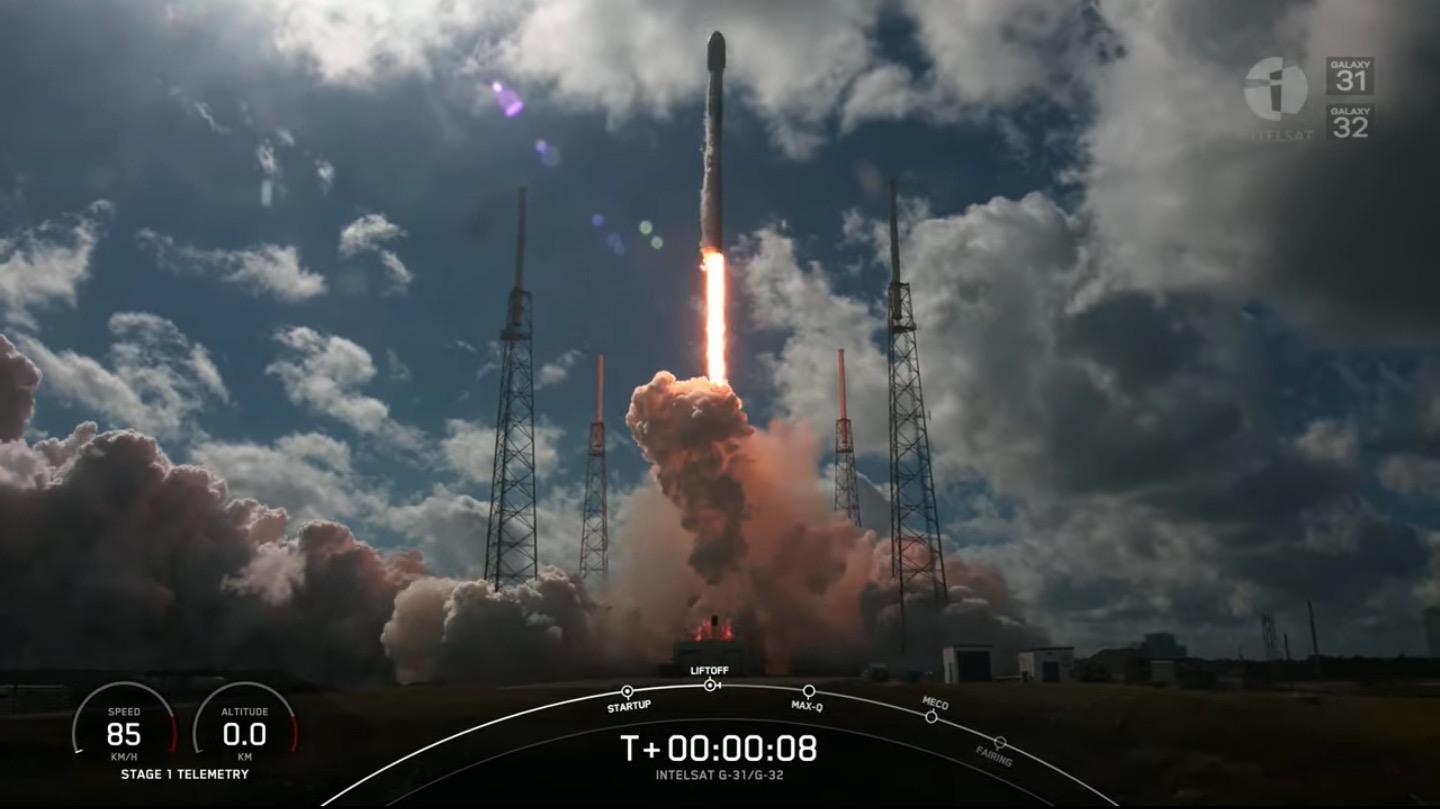 It was the 14th mission for this Falcon 9’s first stage, tying a SpaceX record. The booster also helped loft Demo-2, SpaceX’s first-ever astronaut flight, in May 2020; the RADARSAT Constellation Mission; the SXM-7 spacecraft for SiriusXM; and 10 big batches of SpaceX’s Starlink satellites, the company wrote in a mission description (opens in new tab).

Related: The 20 most memorable SpaceX missions from its 1st 20 years in photos

There will be no 15th flight for this booster, however; SpaceX did not try to bring it down for a safe landing and future reuse.

“Today’s payload needed a little more performance out of Falcon 9, and so we had to use the propellants that we would normally use for the entry burn and landing burn to instead take the payload to orbit,” SpaceX space operations engineer Siva Bharadvaj said during a webcast of the launch.

Galaxy 31 and Galaxy 32 are both quite heavy, and the Falcon 9 carried them to a distant geosynchronous transfer orbit. The rocket’s upper stage deployed the two satellites as planned about 33 minutes and 38 minutes after liftoff, respectively.

The duo will help Intelsat refresh its communications fleet, the company said on its website (opens in new tab). The high-speed satellites represent a “new generation of technology” for customers that largely include television broadcasters, Intelsat officials stated.

Galaxy 31 and Galaxy 32 will replace older North American-focused satellites in geosynchronous orbit, meaning they will remain consistently above one area of Earth.

Saturday’s launch was the second Intelsat mission in just over a month for SpaceX, which lofted the Galaxy 33 and Galaxy 34 satellites using a Falcon 9 on Oct. 8. (It was the 14th mission for that rocket’s first stage as well, by the way.)

At the time, Intelsat officials said the two Galaxy satellites will provide fresh capabilities in C-band, a radio frequency range that Galaxy 31 and 32 will also use.

Saturday’s launch was the 52nd overall for SpaceX in 2022, adding to the company’s growing single-year record (which had been 31, set in 2021). It was also the 48th flight this year using a previously flown Falcon 9 rocket.

The vast majority of SpaceX launches in 2022 have served to grow the company’s enormous Starlink satellite-internet constellation. But SpaceX has also launched other companies’ satellites to orbit, as well as cargo and crew missions to the International Space Station with Falcon 9s this year.

In addition, SpaceX flew its Falcon Heavy on Nov. 1. That mission, which lofted payloads for the U.S. Space Force, was the first flight of the powerful rocket since June 2019.

Editor’s note: This story was updated at noon EST on Nov. 12 with news of successful liftoff and satellite deployment.