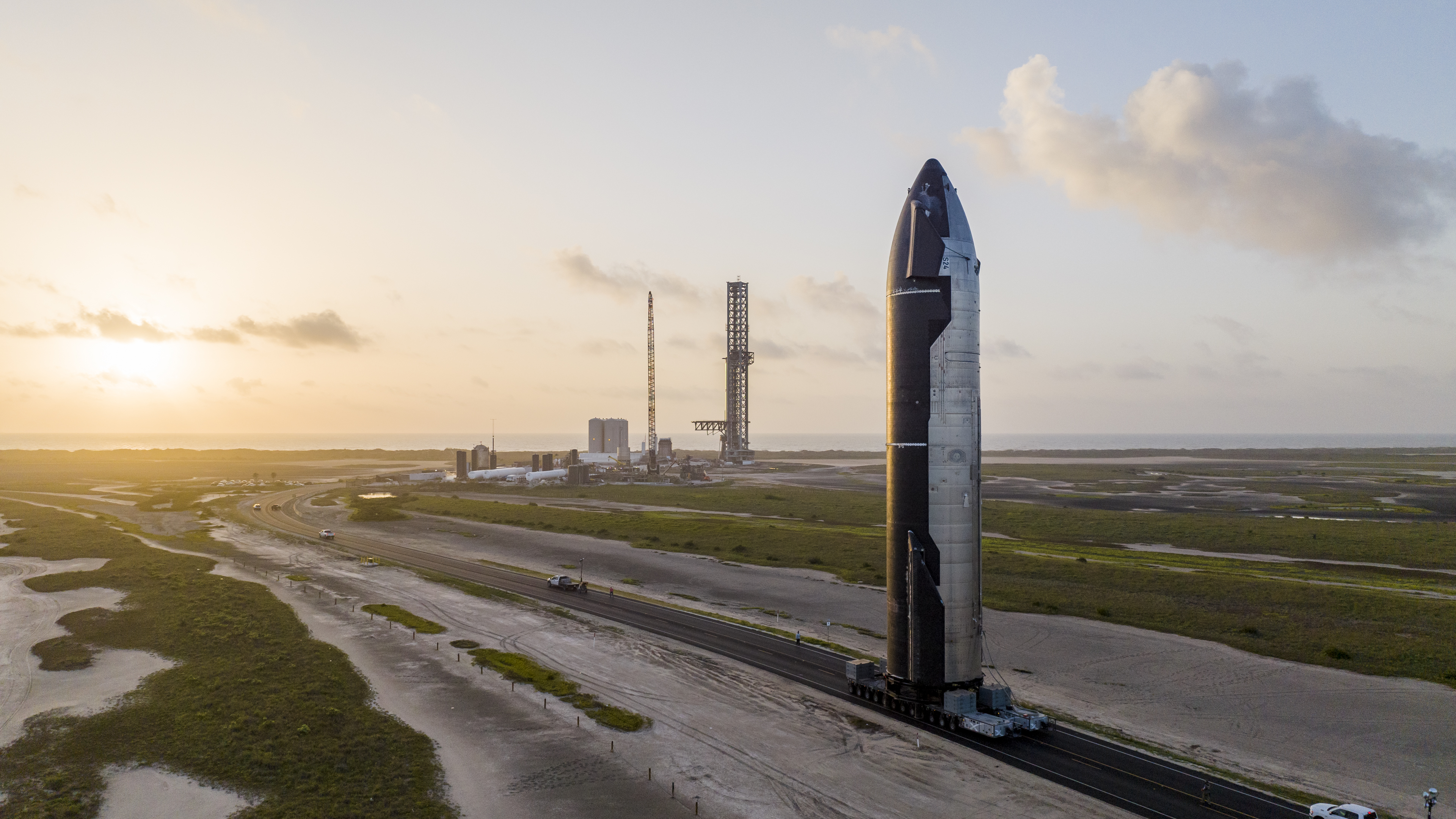 We may not have to wait too much longer for the first-ever orbital test flight of SpaceX’s Starship deep-space transportation system.

SpaceX is developing Starship to carry people and cargo to Mars, the moon and other far-flung destinations. The system consists of two elements, both of which are designed to be fully and rapidly reusable: a huge first-stage booster called Super Heavy and a 165-foot-tall (50 meters) upper-stage spacecraft called Starship.

Starship prototypes have conducted a handful of high-altitude test flights to date, but the vehicle has yet to go orbital. SpaceX plans to change that soon; the company is gearing up to launch an orbital test mission with the system, which will also mark the spaceflight debut of Super Heavy.

Another shot of Ship 24 on the move toward the launch pad at SpaceX’s Starbase facility, posted on Twitter by the company on July 6, 2022. (Image credit: SpaceX via Twitter)

And those preparations are ramping up. Ship 24, the Starship vehicle that will fly the orbital mission, just rolled out to the launch pad at Starbase, SpaceX’s South Texas facility, company representatives announced via Twitter today (opens in new tab) (July 6). In that same post, SpaceX shared three photos of the big spacecraft on the move.

Ship 24 will launch atop a Super Heavy known as Booster 7. That rocket is already at the pad and may conduct a static fire test — a prelaunch trial in which a rocket’s engines are lit while the vehicle stays anchored to the ground — in the coming days.

Both Starship and Super Heavy are powered by SpaceX’s next-generation Raptor engine. The spacecraft sports six Raptors, and the booster features a whopping 33, as SpaceX showed in another recent Twitter post (opens in new tab) that shared photos of both vehicles with all of their engines installed.

For comparison, SpaceX’s workhorse Falcon 9 rocket incorporates nine of the company’s Merlin engines in its first stage and one Merlin in its upper stage. And Merlins are considerably smaller and less powerful than Raptors.

This image, which SpaceX posted on Twitter on July 6, 2022, shows Ship 24 on the move toward the launch pad with the Super Heavy known as Booster 7 in the foreground. (Image credit: SpaceX via Twitter)

SpaceX recently cleared a significant regulatory hurdle on the road to Starship’s first orbital launch: Last month, the U.S. Federal Aviation Administration (FAA) announced that SpaceX could continue its Starship work at Starbase, provided the company takes more than 75 actions to mitigate the effects of that work on the surrounding area, which is a biodiversity hotspot.

There are other such boxes to check, however; for example, the FAA must still grant SpaceX a launch license ahead of the upcoming orbital attempt.