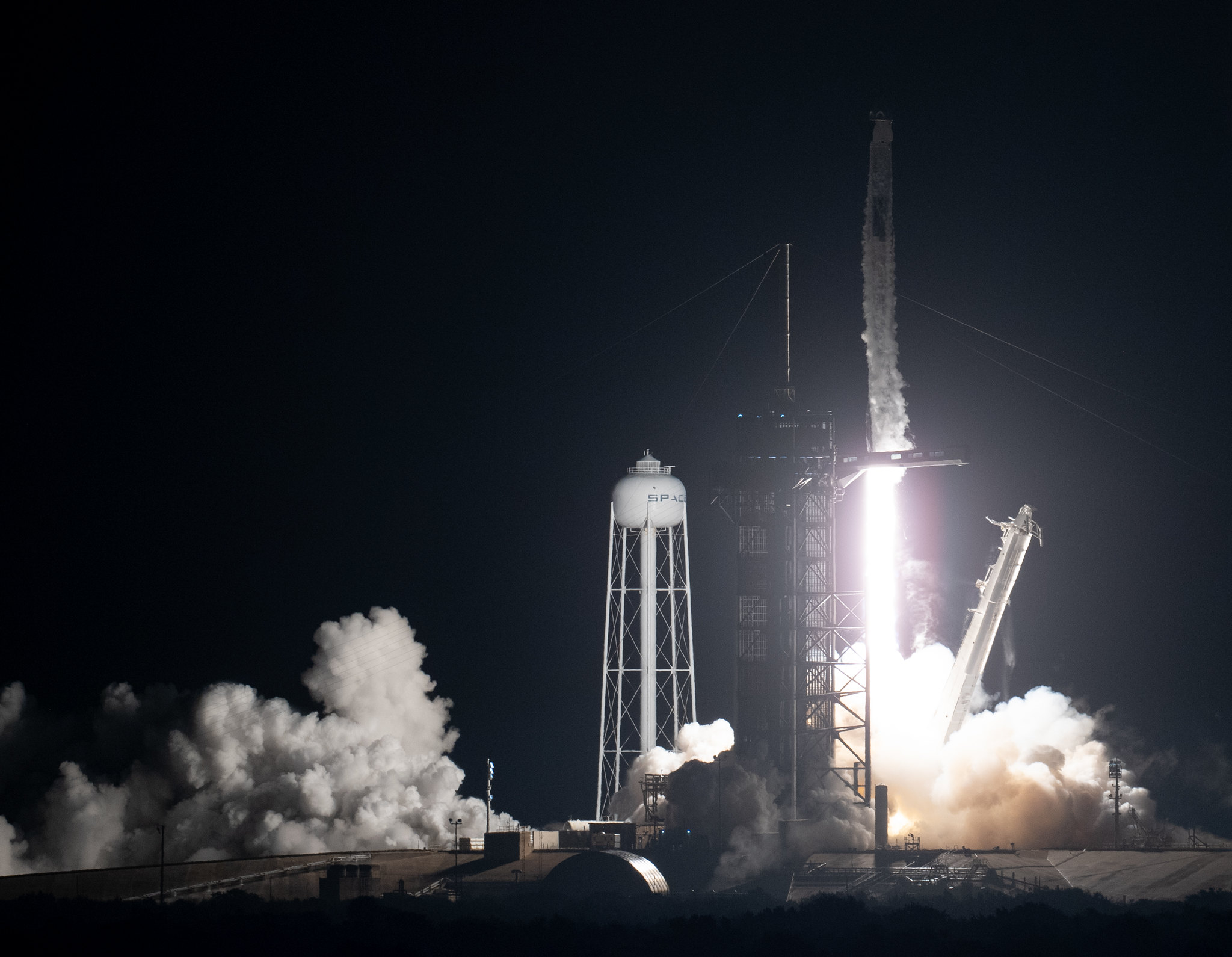 Since its first crewed flight in 2020, SpaceX has continued to launch astronauts to the International Space Station and return them home to Earth as part of a partnership with NASA.

In 2011, NASA contracted both SpaceX and Boeing to build vehicles to ferry astronauts to the orbiting space station and back. On May 30, 2020, SpaceX launched the test flight of its first crewed mission, called Demo-2, which sent a pair of NASA astronauts to the station aboard the company’s Crew Dragon vehicle atop a Falcon 9 rocket.

Following the successful crewed test flight, SpaceX has sent numerous fully-crewed, operational missions to the space station. The first of these fully-fledged missions was Crew-1 launched in Nov. 2020 followed by Crew-2 in April, 2021, Crew-3 in Nov. 2021 and Crew-4 in April, 2022.

Elizabeth Howell (Ph.D.) has been covering SpaceX missions since 2012. Her writing covers all SpaceX activities from Starship to Starlink to International Space Station missions. She also explored SpaceX’s legacy in academic settings during her M.Sc. and Ph.D. in Space Studies at the University of North Dakota.

« Colorado, Indiana Students to Hear from NASA Astronaut in Space » ATOM price is reaching for the Cosmos, but why?