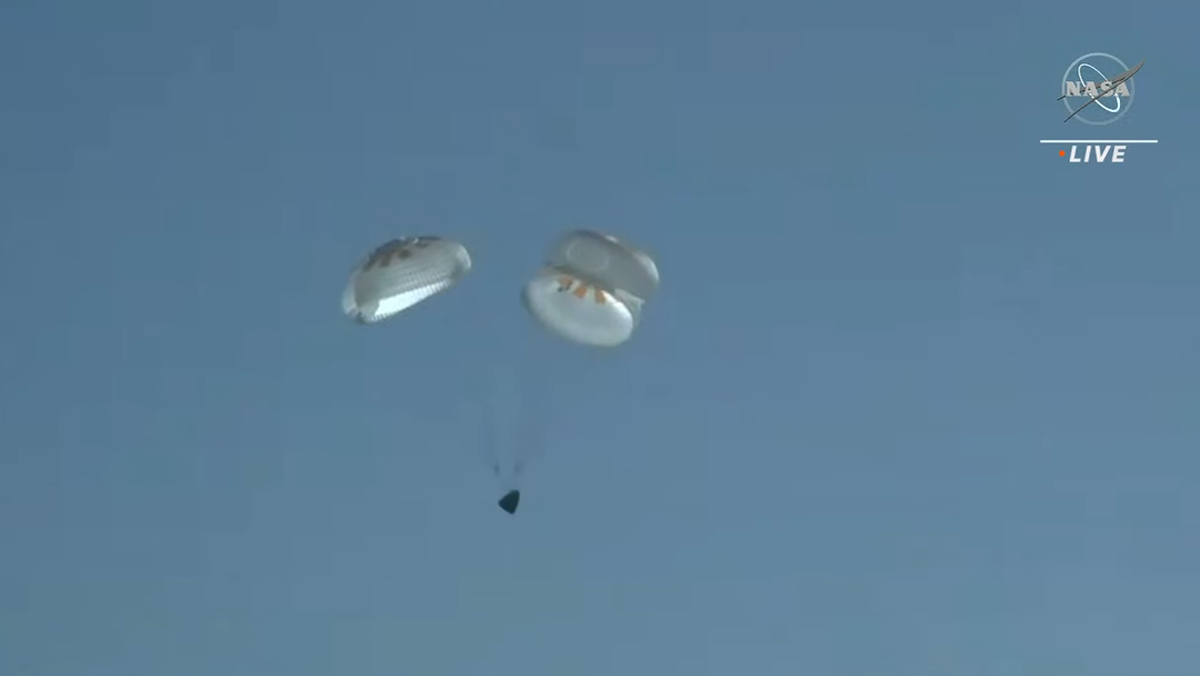 SpaceX’s Crew-4 mission is back on Earth.

“We wish you godspeed and safe re-entry,” a member of Expedition 68 told the departing crew in the moments after undocking.

Aside from the tricky weather in past days at the landing site, the Crew Dragon spacecraft clicked through all landing milestones flawlessly and brought its four astronauts safely back to Earth: NASA’s Kjell Lindgren, Bob Hines, Jessica Watkins and the European Space Agency’s Samantha Cristoforetti.

As its name suggests, Crew-4 is the fourth contracted astronaut mission that SpaceX has flown to the ISS for NASA.

The quartet of astronauts launched atop a SpaceX Falcon 9 rocket on April 27 and arrived at the orbiting lab that same day. The astronauts conducted more than 200 scientific experiments during their time off Earth, NASA officials have said.

Cristoforetti made history during the mission, becoming the first European woman ever to command the ISS. She handed the reins of the station over to Russian cosmonaut Sergey Prokopyev during a change-of-command ceremony on Tuesday (Oct. 11).

Though Crew-4 is gone, the orbiting lab still hosts a SpaceX mission: the four-person Crew-5 arrived on Oct. 6 for a roughly five-month stay.

Like SpaceX, Boeing holds a contract with NASA’s Commercial Crew Program. Boeing is gearing up for its first astronaut mission to the ISS, a crewed test flight that could launch as early as February 2023.

This story was updated at 4:55 p.m. EDT to reflect the successful landing.