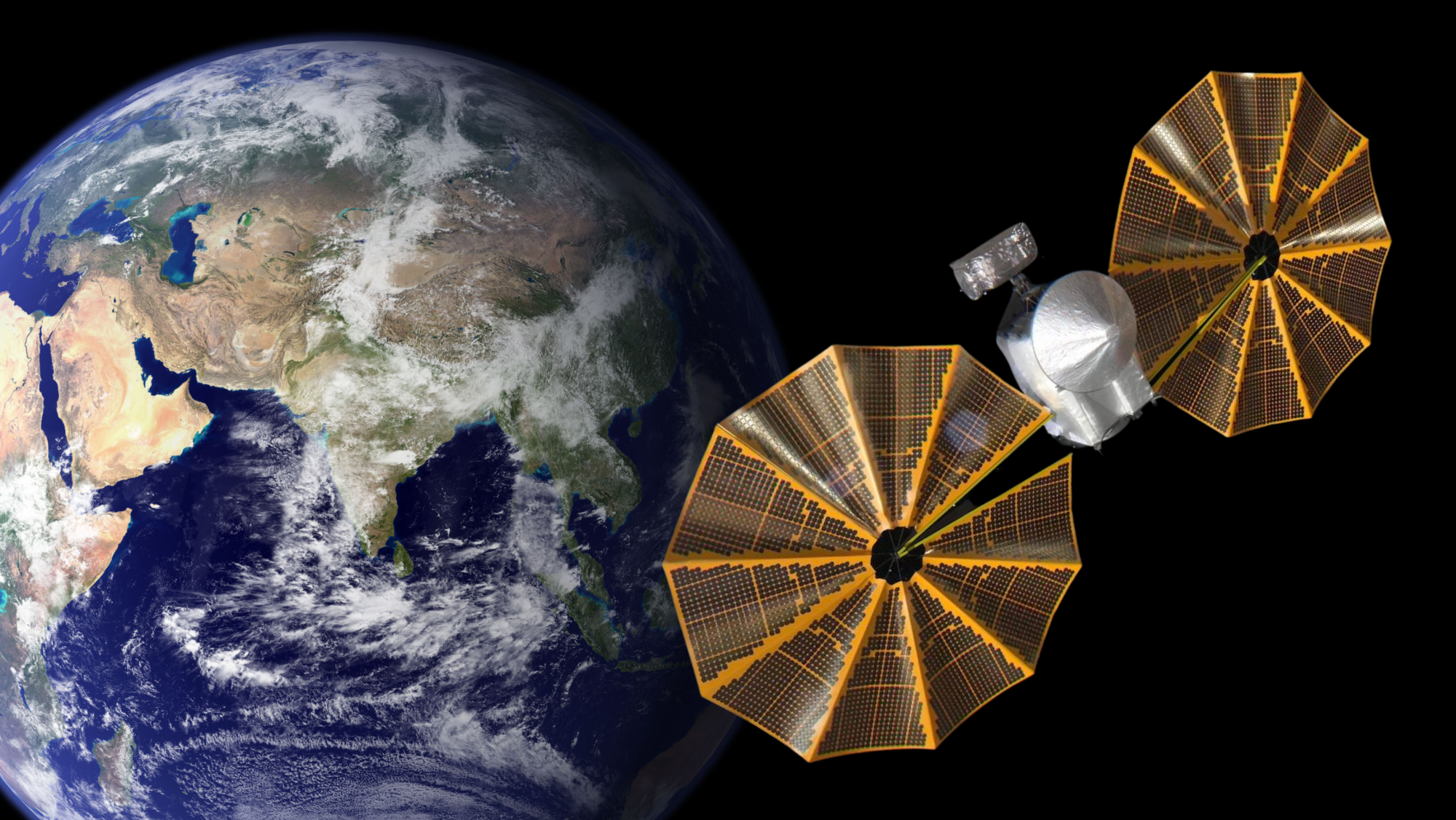 NASA’s asteroid-visiting mission Lucy will be popping back to Earth on Sunday (Oct. 16), giving skywatchers a brief opportunity to spot the spacecraft.

Exactly one year after it launched on Oct. 16, 2021, Lucy will skim Earth’s atmosphere in a maneuver to facilitate its 12-year-mission to visit the Jupiter Trojan asteroids. At its closest approach, Lucy will pass Earth at around 220 miles (350 kilometers) above the planet’s surface around the Pacific Ocean.

The brief return will allow the spacecraft to pick up orbital energy that will slingshot it toward the distant asteroid group, which no mission has ever visited before. But observers from around the globe will also be able to try to spot Lucy as it travels past the planet.

As Lucy approaches Earth, it will do so from the direction of the sun, so the spacecraft will have been obscured by the glare of the star for the days leading up to its arrival at Earth.

Just before its closest approach, however, the spacecraft will cross the line that divides the night and day sides of Earth, called the terminator line, and enter Earth’s nightside while still illuminated by the sun, making it visible.

Observers located in northwestern Australia, Timor-Leste and parts of Indonesia will be able to see Lucy with the naked eye as it moves toward its closest approach between around 6:55 a.m. EDT and 7:02 a.m. EDT (1055 GMT and 1102 GMT, or 6:55 p.m. to 7:02 p.m. local time in western Australia), according to mission personnel.

Next, Lucy will pass into Earth’s shadow. When it reemerges at 7:26 a.m. EDT (1126 GMT), the spacecraft will be more than 4,300 miles (almost 7,000 kilometers) from Earth but should still be observable from western Australia with binoculars or a telescope with a wide field of view.

Precise coordinates will be needed to track Lucy as it moves away from Earth and are available on NASA’s Horizon System app.

Amateur astronomers won’t be the only observers from Earth trying to get a good look at Lucy as it passes the planet.

The Desert Fireball Network team from Curtin University’s Space Science and Technology Centre will travel to Port Hedland, Western Australia, to capture video footage of the NASA spacecraft as it gets close to Earth at around 7 p.m. local time on Sunday, according to a statement.

Curtin astronomer Hadrien Devillepoix noted that the observations have a particular goal. “We are trying to get a glimpse of Lucy’s solar panel reflecting the sun, and hopefully that will tell the NASA engineers whether the panels have fully deployed and are locked in place — a critical step before Lucy can fire up its main engine,” Devillepoix said. Shortly after the spacecraft launched, mission personnel realized that one of its two large, fan-like solar arrays wasn’t fully open; the team now believes the issue is almost entirely fixed and won’t affect the mission.

Anyone who manages to catch an image or video of Lucy on Sunday can share it across social media with the hashtag #SpotTheSpacecraft.

This won’t be the last time Lucy swings past Earth. The spacecraft will return in two years for a second gravity assist that will redirect it toward six Trojan asteroids: Eurybates and its satellite Queta, Polymele and its yet-unnamed satellite, Leucus and Orus.

After this, Lucy will return a third time in 2030, sending it to meet the Patroclus-Menoetius binary asteroid pair located in the Trojan asteroid swarm that trails behind Jupiter in its orbit.