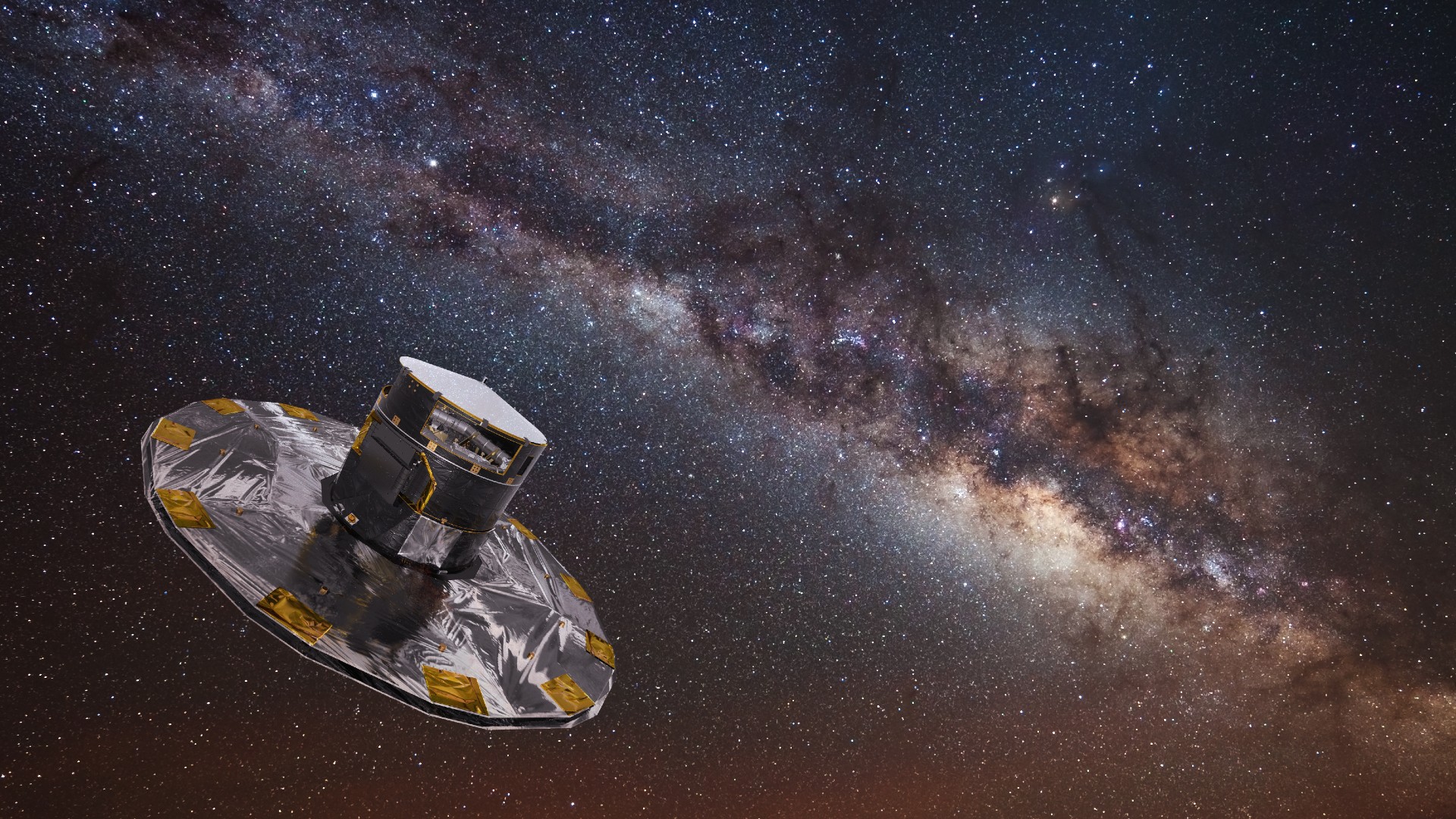 Gaia scientists are agog after finding out that the star-spotting spacecraft can double as a planet-hunter.

In a mission first, the long-time star surveyor spotted two Jupiter-size planets in a remote spot of the galaxy. The find was confirmed with the Large Binocular Telescope, in Arizona, and reveals the spacecraft can double as a spotter for alien worlds.

The European Space Agency’s Gaia, since it can see bright objects at a distance, was repurposed to examine transits of a planet across its parent star. The researchers used artificial intelligence to scrutinize the spacecraft’s archive in search of the telltale dips of light that occur when a planet temporarily eclipses its stellar companion.

Related: These 10 super extreme exoplanets are out of this world

That scrutiny certainly paid off. “The discovery of the two new planets was made in the wake of precise searches, using methods of artificial intelligence,” stated co-author Shay Zucker, head of Tel Aviv University’s Porter School of the Environment and Earth Sciences, in a statement announcing the discovery (opens in new tab).

Zucker added there are other candidates to consider. “We have also published 40 more candidates we detected by Gaia. The astronomical community will now have to try to corroborate their planetary nature, like we did for the first two candidates.”

The two newfound planets were similar in size to Jupiter. (Image credit: NASA)

The two new planets, named Gaia-1b and Gaia-2b, are called “hot Jupiters” because the gas giants rotate extremely close to their host stars. Each whips around their stellar companion in only four days, the researchers said.

The confirmed planets and dozens of suspected ones show a value-added moment in Gaia’s stargazing capabilities. Despite its precise ability to chart the movements of stars and their variations in brightness, finding much smaller and fainter planets “has been doubted up to now,” according to the statement.

A map showing the distribution of interstellar dust in our galaxy, the Milky Way, based on measurements by the European Gaia mission. (Image credit: ESA/Gaia/DPAC)

While the worlds are not host to life as we know it, the researchers suggested that Gaia, working alongside other observatories, will be able to ferret out more information about distant worlds and that Gaia’s capabilities in this field are just beginning. As such, it is difficult to predict at this time how Gaia will assist with the ongoing search for new planets, and characterizing their potential habitability.

A study based on the research was published in May in Astronomy & Astrophysics (opens in new tab). It was led by Tel Aviv doctoral student Aviad Panahi, from the Raymond and Beverly Sackler School of Physics & Astronomy.