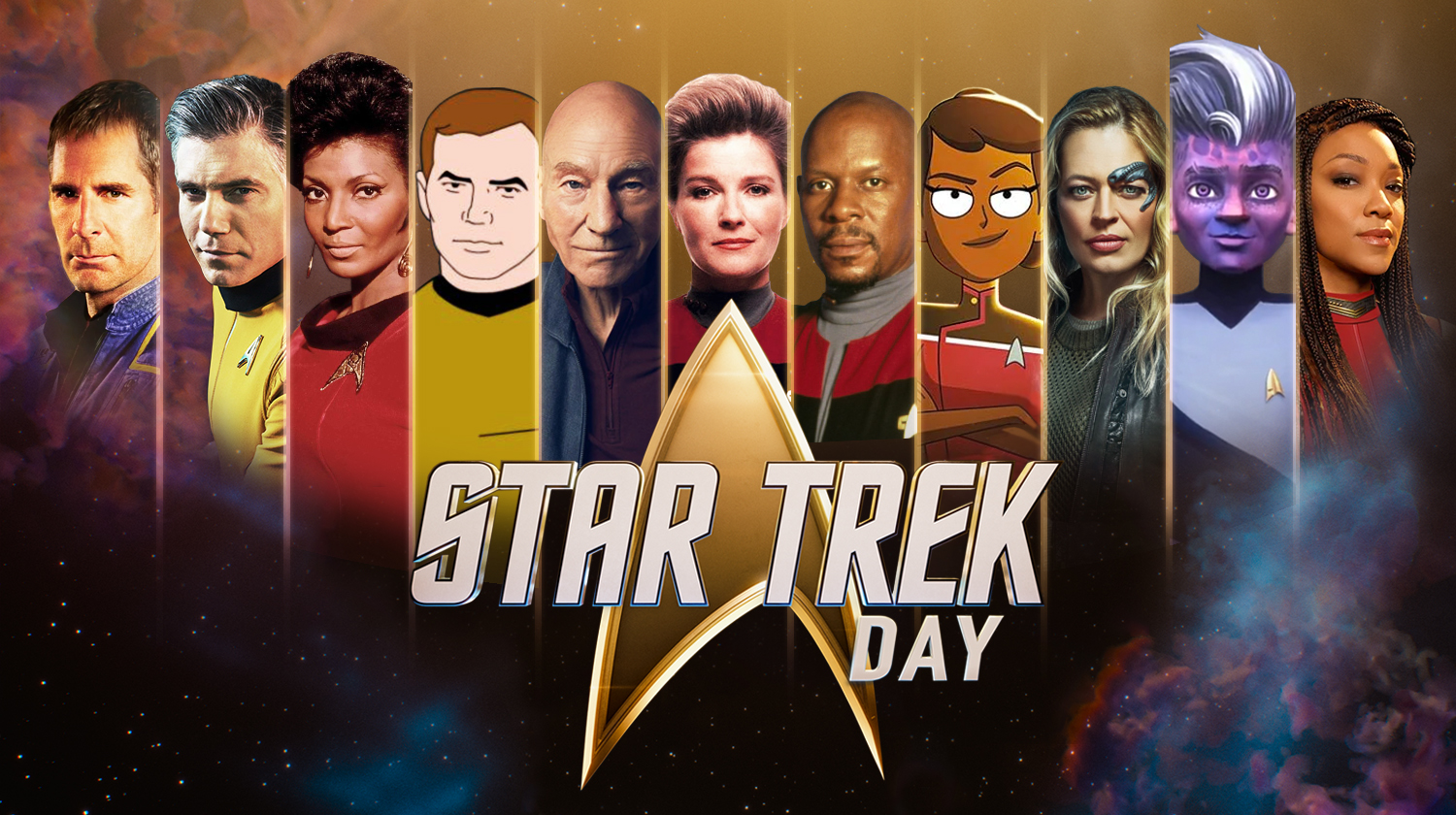 Be sure to divert auxiliary power to the warp containment field, because there’s enough “Star Trek” news here to cause an overload.

Here’s our complete, all-you-need-to-know guide to all the news, teasers, images and air dates that were announced this year.

“Star Trek” Day saw the announcement that Carol Kane will be joining the second season of “Strange New Worlds.” If you’re not familiar with Kane’s work — and many outside of the US might not be — she’s an accomplished comedy and drama actor who’s appeared in epic movies like, “The Princess Bride,” “Scrooged” and “License to Drive” plus variety of television shows, including “Taxi,” Gotham” and “Hunters.”

She will play a character named Pelia and, according to the official blurb, she is “highly educated and intelligent, this engineer suffers no fools. Pelia solves problems calmly and brusquely, thanks to her many years of experience.” So, evidently she replaces Lt. Hemmer (Bruce Horak) who took one for the team in the episode “All Those Who Wander” (S01, E09).

Carol Kane is going to make a very interesting addition to the already fine crew of the USS Enterprise. (Image credit: Paramount Plus) (opens in new tab)

A new exclusive scene was released from the forthcoming “Star Trek: Lower Decks” episode entitled “Crisis Point 2: Paradoxus,” in which Ensign Boimler’s (Jack Quaid) holodeck movie sequel tries to live up to the original, as seen in season one.

In addition, an image was released from the as yet unnamed eighth episode of the third season, which looks like the USS Cerritos is fighting alongside a Sovereign Class starship. Unfortunately, we don’t know yet if these two tidbits are from the same episode.

Related: ‘Lower Decks’ Season 3 is here and you can watch the first episode free

Is that the USS Cerritos fighting alongside a Sovereign Class starship in this new promotional still? (Image credit: Paramount Plus) (opens in new tab)Star Trek: Prodigy

“Star Trek: Prodigy” will have its mid-season return on Thursday, Oct. 27, and Billy Campbell will be joining the season one voice cast with a recurring role. Campbell will reprise his “Star Trek: The Next Generation” and “Lower Decks” role as Thadiun Okona, a roguish space captain who’s constantly outrunning trouble caused by his own tactics. According to the press release, “When he runs into the young, impressionable Protostar crew, he’ll soon discover they are in more hot water than he is.”

Billy Campbell, past present and future. And lest we forget, Campbell was the Rocketeer. So, respect. (Image credit: Paramount Plus) (opens in new tab)

“From early on in the writers’ room, we knew we wanted Captain Thadiun Okona to return and become a questionable guide to our impressionable crew,” said executive producers Kevin and Dan Hageman in a statement. “It was so much fun to not only explore where Okona’s outrageous life has taken him in his later years, but to also work with Billy Campbell who effortlessly fell back into the role of Okona like he had never left.”

Okona appeared in the “Star Trek: The Next Generation” episode “The Outrageous Okona” (S02, E04) and more recently, the “Lower Decks” episode “An Embarrassment of Dooplers” (S02, E05).

Plus, we were given an exclusive clip from the second half of season one as the crew of the USS Protostar and Captain Okona flee from Admiral Janeway (Kate Mulgrew) to protect Starfleet from a dangerous weapon.

Feeling positively spoiled for “Star Trek” news, Paramount also saw fit to give us a teaser for the third and final season of “Picard” that includes some glorious shots of Starfleet’s “spacedock” space station and the USS Titan. The 10-episode long final season will begin on Thursday, Feb. 16, 2023.

Finally, since the fifth season of “Star Trek: Discovery” is right in the middle of principal photography in Toronto, we were given a behind-the-scenes video tour with stars Sonequa Martin-Green (Capt. Michael Burnham) and Wilson Cruz (Dr. Hugh Culber), plus a first look photo from the new season.

Will a strange anomaly threaten the entire galaxy? Will billions of lives be threatened? Will Starfleet and the crew of the USS Discovery have to unite and dig deep, facing their own mortality and risking their lives for the greater good…again?

The official seasonal story summary is “Burnham and the crew of the Discovery uncover a mystery that sends them on an epic adventure across the galaxy to find an ancient power whose very existence has been deliberately hidden for centuries.  But there are others on the hunt as well; dangerous foes who are desperate to claim the prize for themselves and will stop at nothing to get it.”

Hard to tell what’s going on here, but all that dust and sand is going to be hell to get out of those clothes. (Image credit: Paramount Plus) (opens in new tab)

Will the journey from ‘monster-of-the-week’ to ‘anomaly-of-the-season’ continue unabated? We will have to see. Although no air date has been given, we can expect to see the fifth season of “Discovery” to air sometime in Q1 of 2023. Interestingly, Mary Wiseman is listed as returning cast, in addition to all the regulars, but there’s no word yet of how long the season will be and whether or not we’ll have to endure a mid-season break.

After all of those television series announcements, there were the panels.

Watch Star Trek on Paramount Plus