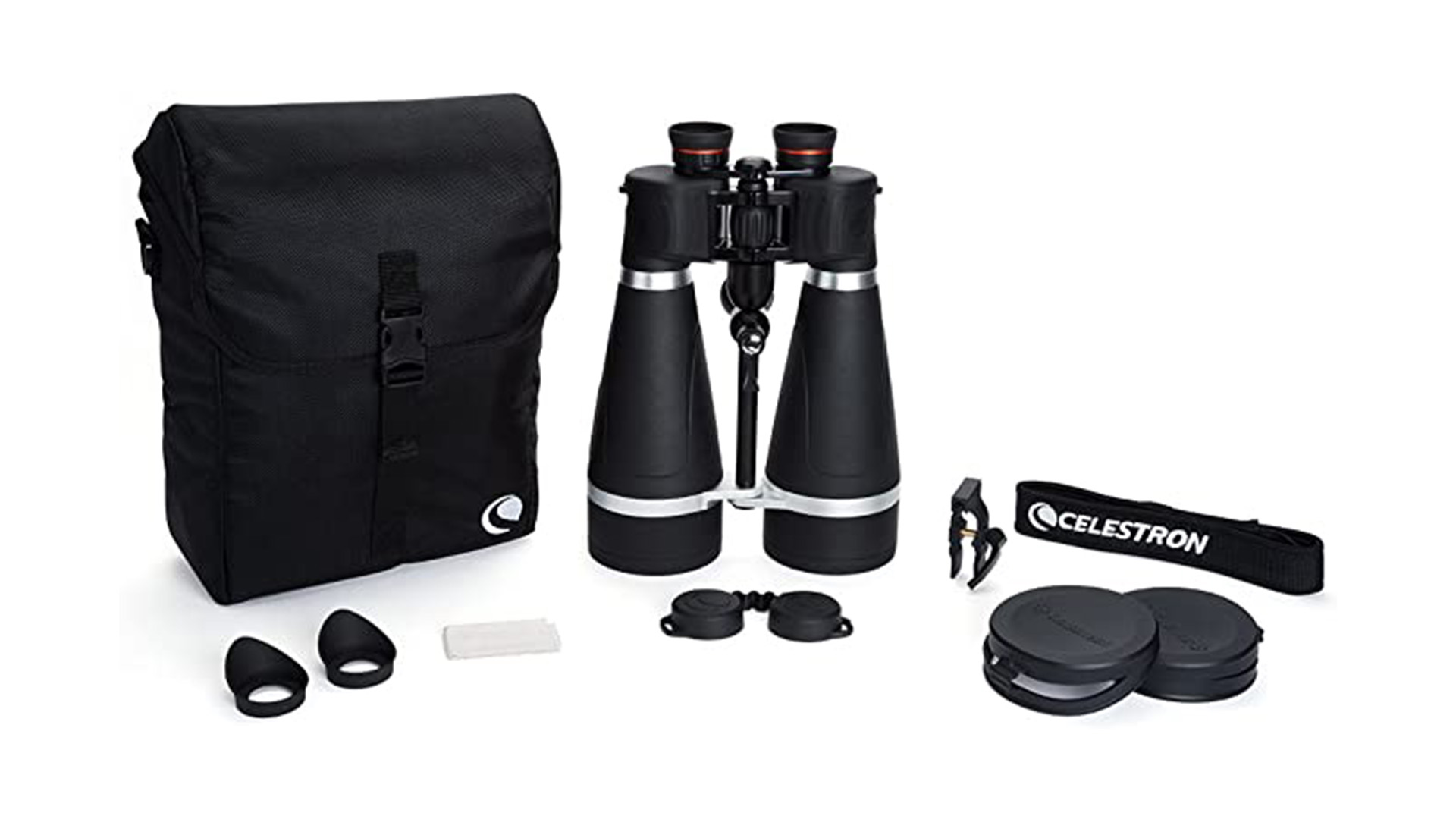 How could we not hook you up with this deal? The Celestron SkyMaster Pro 20×80 binoculars (opens in new tab) is now $114 off its regular $320 list price in this Prime Day Early Access deal on Amazon. This is a bigger savings than in July, when they were $75 off during Amazon’s first Prime Day event of the year.

These binoculars were designed with astronomers in mind. All of the SkyMaster Pro range is a popular choice amongst astronomers as they allow you to closely observe the night sky, just like you can with a telescope, but offering more versatility and portability. You can read our full review of the Celestron SkyMaster Pro 15×70, and whilst we haven’t gotten round to doing a standalone review for the 20×80 Pro version, it will give you a good idea of what to expect in terms of optical design and build quality.

Celestron uses nothing but the finest materials and components. They are waterproof, so protected in all weather conditions and more importantly, for astronomers, they are nitrogen purged so won’t fog up when moving between temperatures. They come with a two-year warranty for extra peace of mind. For more great Celestron and binoculars content and deals, be sure to check out our best binoculars, binoculars deals and Celestron telescopes and binoculars deals guides.

The SkyMaster 20×80 Pro’s give us a whopping 20x magnification, and the giant 80mm objective lens takes in oodles of light, this offers phenomenal performance for astronomical viewing.  You should, in the right conditions, be able to see a close-up of the moon in all its glory, planets, including Saturn’s rings, star clusters and they’ll take you right into the core of the Milky Way. The binoculars come with a detachable reflex sight rail so you can attach a Finderscope or StarPointer, another nod to astro being their intended use.

They can be used as terrestrial binoculars for sport or bird watching, although the minimum focus distance is approx 65 feet so you won’t be able to focus on anything nearer. They are also a little too big and heavy to carry around for day-to-day use, but this is why, when paired with a tripod (an adapter is included with this bundle), they are an astronomer’s best friend.

The BaK-4 lenses are fully multi-coated (with XLT coatings) allowing more light in across a broad range of the visible light spectrum. The only better coating you can get with Celestron is ‘Starbright CLT’ which you’d predominantly find in the premium (very expensive!) telescopes.

In this bundle, you get the objective lens caps, tripod mount, interchangeable flared eyecups, a neck strap, carry case, a rain guard and a reflex sight rail. The Finderscope needs to be purchased separately, and due to their hefty size and weight, we’d recommend investing in a sturdy tripod if you don’t have one already. Have a look at our top tripod picks for some inspiration.

If you miss out on the Prime Day early access deal, you can still save $172 on this same pair of specialist binoculars at Adorama (opens in new tab), where they are $244.95 instead of their usual $416.85 list price.

You can also check out more Amazon Prime Day Early Access deals (opens in new tab) to fit your needs during the event.