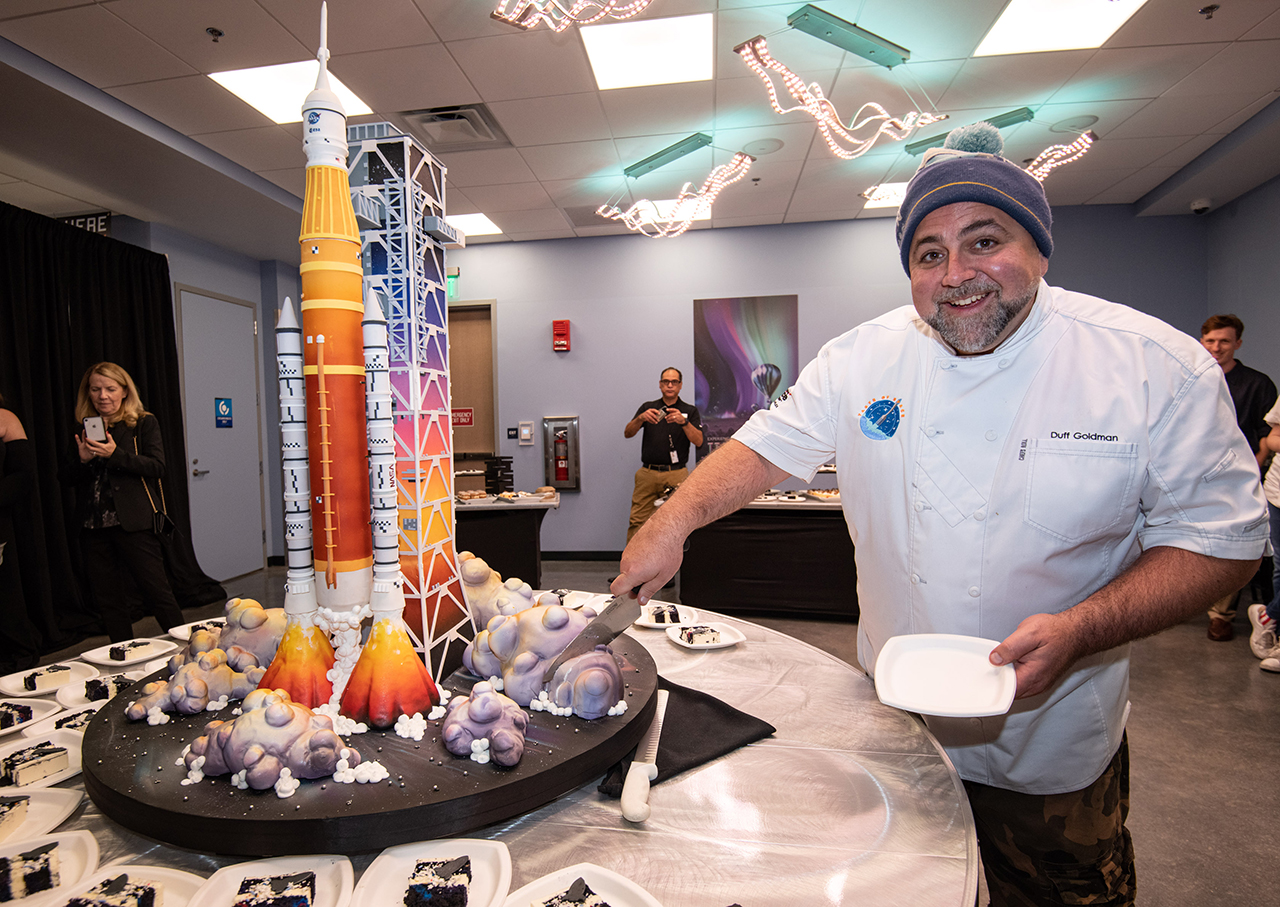 NASA’s Space Launch System (SLS) was not the only mega-moon rocket to recently roll out at the agency’s Florida spaceport — albeit the other was considerably smaller and much more tasty (opens in new tab).

Just one day after the full-size SLS, together with its Orion spacecraft, arrived back on the launchpad for its next attempt at beginning the Artemis I mission, did a scaled down (and sugared-up) version of the same rocket debut at the nearby Kennedy Space Center Visitor Complex.

Former NASA astronauts Scott Altman, Sandy Magnus and Bruce Melnick joined the chefs for the demos, which were staged inside “Gateway: The Deep Space Complex (opens in new tab),” a new attraction focusing on the future of space exploration, including the Artemis program. The Artemis I test flight, scheduled to launch on Nov. 14 (opens in new tab), is intended to pave the way for the return of humans to the moon, including landing the first woman and the first person of color on the lunar surface.

Standing about 3 feet tall (91 cm), Goldman’s cake depicted the SLS just after liftoff, with a plume of clouds beginning to form around the exhaust from the rocket’s four main engines and twin solid rocket boosters. Using fondant and food color, Goldman and his team at Charm City Cakes were able to reproduce the burnt-orange look of the SLS’s core stage and capture small details, such as the NASA and ESA (European Space Agency) logos on the spacecraft fairing.

“When we make a cake (opens in new tab) … we get all of the data that we can on whatever it is we are going to make. And then we just go through it, trying to match certain colors and things like that. It’s a whole process,” Goldman said during the event.

The cake also included the tower that supports the SLS atop its mobile launcher. The grey gantry was finished with the Artemis program’s “Horizon” gradient (opens in new tab) colorway, transitioning from orange at its base to shades of blue towards the top.

Before the “Taste of Space” attendees could partake in the cake, Goldman had the opportunity to size up his work during a private visit to Launch Complex 39B.

“[They] got us permission to bring that cake out in front of the rocket and get a picture of it,” Goldman said. “That was a once-in-a-lifetime thing. It was incredible.”

“Just getting to see it in real life and then see the cake, it feels good,” he said.