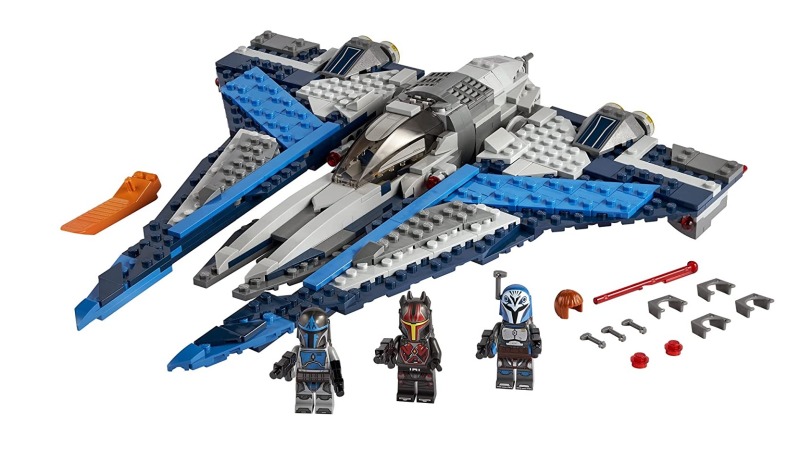 Bounty hunters of the Star Wars universe are going to love this Lego spaceship deal, shining online for Prime Day.

The Lego Star Wars Mandalorian Starfighter is on sale right now at Walmart (opens in new tab) for $47.99. At a spectacular 20% off, the best of the season, this will let you save up your precious credits for the next deal.

The set is a clear throw-back to 2008’s The Clone Wars, but the odds on this starship connecting with fans of other franchise hits are in your favor. Bounty hunters who enjoy The Mandalorian, the Book of Boba Fett or the Skywalker Saga series will likely find connections they can deploy for their benefit.

If you recall your Star Wars history, this Lego set is meant to reflect the Kom’rk-class fighter/transport most famously used by General Grievous and Maul during a battle on Zanbar.

The Starfighter was the ride of choice for extremist Mandalorian bounty hunters known as the Death Watch, which is where we get our connections to Mando and other properties now streaming on Disney Plus.

If you need to give your kids a primer on this spaceship, as it is classified for ages nine and above, do know that the entire Clone Wars television show is available on Disney Plus as well. That will introduce your youngsters to Bo-Katan Kryze and Gar Saxon, and help them appreciate what the other minifigure (a Mandalorian Loyalist) means in Star Wars lore. Also included are five blaster pistols and a jetpack.

This set is no small endeavor, at 544 pieces and with several hours of work to perform. The younger ones may want some adult help, not that we’re complaining at all. Happily, Lego is famous for intuitive instructions to ease the build, and with time and some homemade Jawa Juice you’ll be sure to meet success quickly.

Once you get the Lego Star Wars Mandalorian Starfighter together, it’s a fun flight model you can use for your next bounty hunting expedition. Adjustable wings that vertically rotate for folding or flying, along with a cockpit that opens with space for minifigures, allow you to get ready for the next journey. Two stud shooters and two spring-loaded shooters complete the set.

Users say the set does stand up pretty well for space battles, and its modest size (at 2.5x13x11 inches or 6x33x30 cm) will allow you to stage it perfectly on a desk or small shelf in between hyperspace battles.

Make sure that you nab this set before it escapes, as Disney Plus, the ever-present popularity of Star Wars and this best-of-the-season deal are all going to make sales proceed swiftly. For other Star Wars kits your family is sure to enjoy, check out our Lego Star Wars deals.

Be sure to check out Space.com’s Black Friday Space deals, or our guide to the Best Lego Star Wars deals.