The moon will block a bright double star tonight. Here’s how to see it. 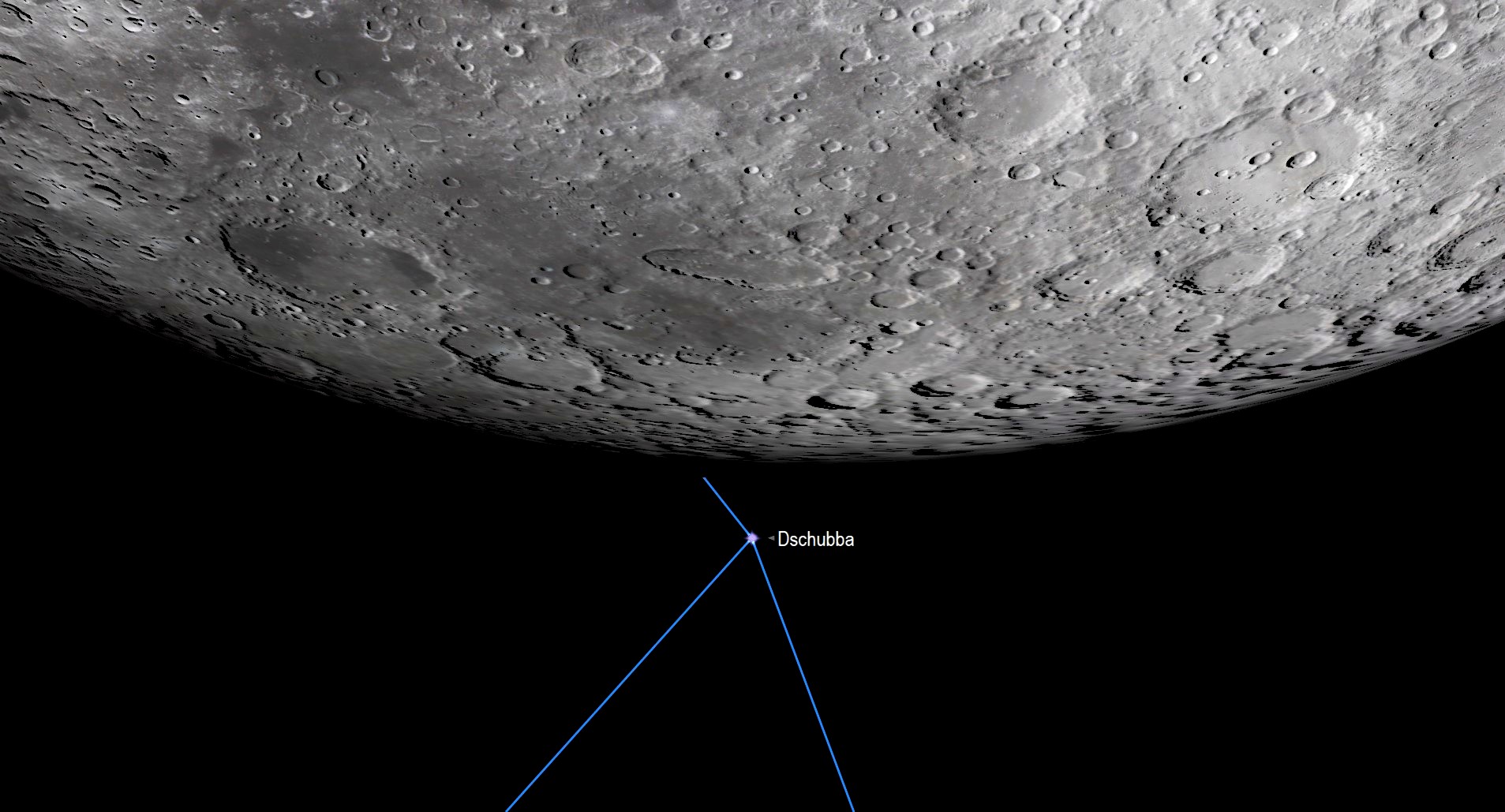 The moon will block the bright double star Dschubba, or Delta Scorpii, in an occultation on June 12, 2022. Stargazers in the northeastern U.S. and eastern Canada can see the stars slip behind the moon. (Image credit: Chris Vaughan)

The nearly full moon will block a bright double star in the night sky tonight (June 12) and some stargazers may be able to see it happen with binoculars or a telescope.

Weather permitting, stargazers in the northeastern U.S. and eastern Canada can see the double star Delta Scorpii (also known as Dschubba) as it slips behind the moon‘s leading edge for about hour. The exact time of the event varies depending on your specific location, so you’ll want to check out a skywatching app like SkySafari or software like Starry Night to calendar for times. Our picks for the best stargazing apps may help you with your planning.

“In New York City, the leading, dark edge of the moon will cover the two stars at 10:19 p.m. EDT. They will emerge from behind the moon’s opposite, bright limb at 11:07 p.m. EDT,” writes geophysicist Chris Vaughan, amateur astronomer with SkySafari Software who oversees Space.com’s Night Sky calendar. “Try to start watching a few minutes ahead of each time noted.”

Related: The brightest planets in June’s night sky and how to see them

Delta Scorpii binary star system (Dschubba is the primary) that can be found in the the Scorpius constellation. Its occultation by the moon comes just days ahead of the full moon, which will occur on Tuesday (June 14).

The June full moon is known as the Full Strawberry Moon and will also occur as the moon is near perigee, or its closest point to Earth in its monthly orbit. That will make it a supermoon, per NASA, gaining it the nickname the Strawberry supermoon of 2022.

On Tuesday, you can see a live webcast of the Strawberry supermoon for free, courtesy of the Virtual Telescope Project led by astrophysicist Gianluca Masi in Ceccano, Italy. For the rest of June, stargazers who rise before dawn can see a rare alignment of five bright planets, with Mercury, Venus, Mars, Jupiter and Saturn visible  in the early morning sky.

Editor’s Note: If you snap a photo of the planetary alignment and would like to share it with Space.com’s readers, send your photo(s), comments, and your name and location to [email protected].

« Bitcoin price drops to lowest since May as Ethereum market trades at 18.4% loss » The CFTC’s action against Gemini is bad news for Bitcoin ETFs