The secrets of black holes, revealed in All About Space magazine 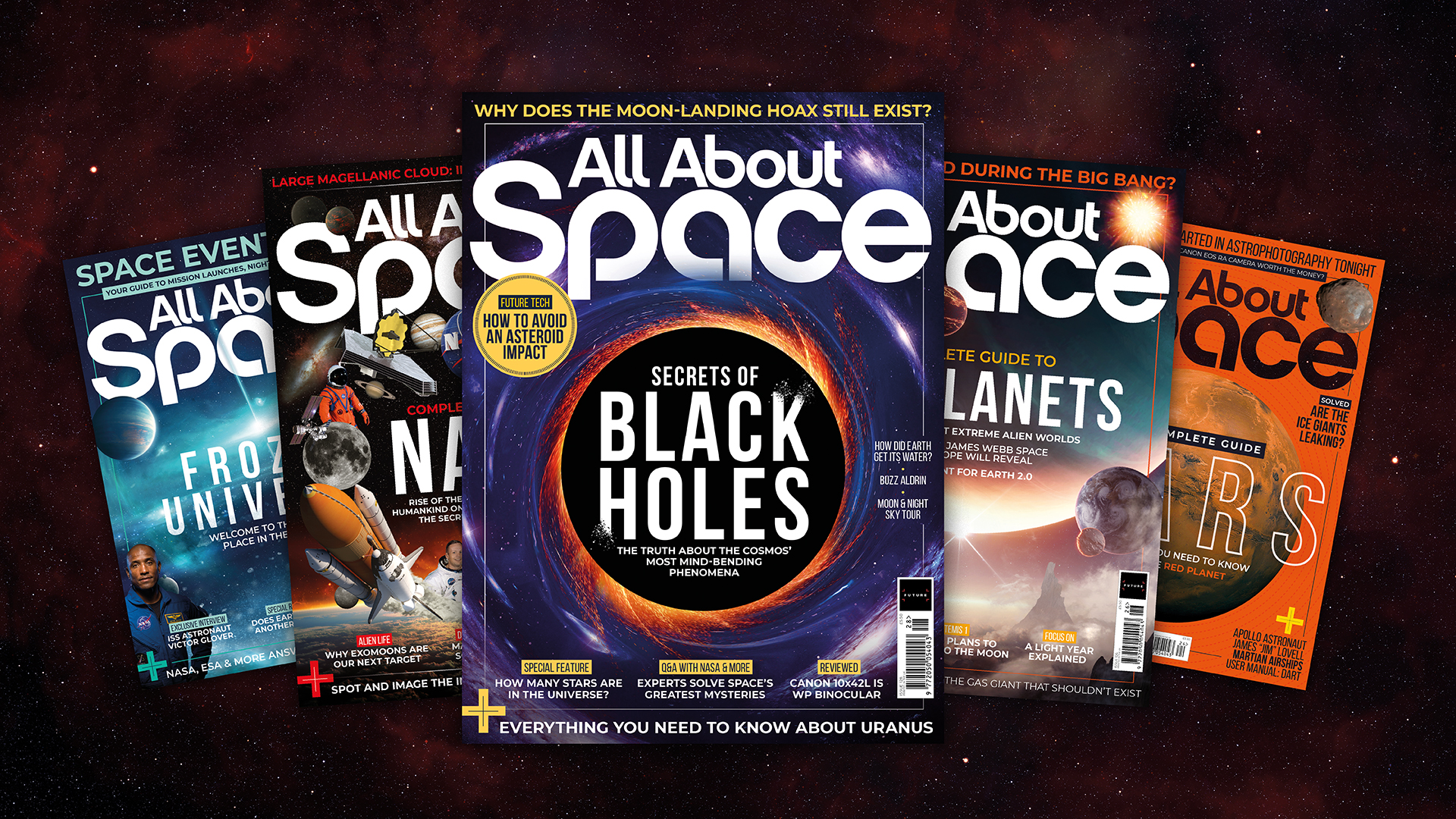 Inside All About Space issue 128, on sale now, uncover the secrets of black holes; from their formation and anatomy to how global telescopes blazed a trail for black hole imaging and revolutionized astrophysics.

For this cover feature, space science writer Giles Sparrow seeks to explore some commonly asked black hole questions such as how are they formed? Where do the things that fall into them go? What exists at the center of a black hole? And what do black holes do in the center of galaxies?

We look at what happens when black holes collide as well as how a famous planet-sized array — the Event Horizon Telescope — used cutting-edge technology to reveal the edge of a black hole.

Elsewhere in this issue, you can find out how NASA is working on a device to find out what asteroids are made of without visiting them *spoiler alert* it involves lasers. You can also read an in-depth interview with nuclear physicist and ESET Science Award laureate Professor Fedor Šimkovic about what neutrinos can tell us about the cosmos.

We also have an in-depth stargazer section filled with useful information on what to look out for in the sky, including naked eye and binocular targets and a deep sky challenge.

Take a look below for more details on All About Space issue 128’s biggest features.

Uncover the secrets of black holes with All About Space issue 128. (Image credit: MARK GARLICK/SCIENCE PHOTO LIBRARY via Getty Images)

Black holes are the most mysterious objects in the universe. They’re places where physics is pushed to its most extreme, where light cannot escape and where space-time itself is twisted and even punctured, leading to the most incredible and counter-intuitive phenomena.

Find the answers to some of the greatest space mysteries in All About Space issue 128. (Image credit: Xuanyu Han via Getty Images)

What’s causing Tabby’s Star to act so weird? Do white holes exist? Where do cosmic rays come from? The answers to these questions, and many others, can be found in All About Space issue 128. We asked a range of astrophysicists, planetary scientists and astronomers from around the world to shed light on some of the greatest space mysteries.

Where did the antimatter go?

Antimatter and matter are supposed to be created in comparable abundance. However, almost all matter observed from Earth seems to be made of matter rather than antimatter. Where did the antimatter go? Antimatter was either destroyed within a second after its creation in the Big Bang, or the Big Bang made antimatter in a distant universe that is far beyond our reach and our visible world happens to be in a matter zone. The first possibility could be caused by a possible tiny asymmetry between matter and antimatter, and it is being studied by accelerator experiments. The second possibility is being explored by balloon and space-based experiments — a recent famous one is the AMS-02 experiment mounted on the International Space Station. In those experiments, scientists are looking for tiny fragments of primordial antimatter in cosmic rays.

Is the cosmos out to get us? Read more in the latest issue of All About Space magazine. (Image credit: MARK GARLICK/SCIENCE PHOTO LIBRARY via Getty Images)

While Earth isn’t free of destructive impulses — natural disasters, climate change, radioactive rocks and deadly viruses, to name but a few — it’s a relatively safe haven for humans among the stars, hence why humans have managed to evolve to live here so successfully. But leaving the confines of our planet’s protective atmosphere, the universe gets a lot deadlier. As it turns out, space isn’t the most welcoming place for us Earth dwellers, with many ways the universe could wipe us all out in just the blink of an eye.