The sun burps out a flare in a stellar new photo 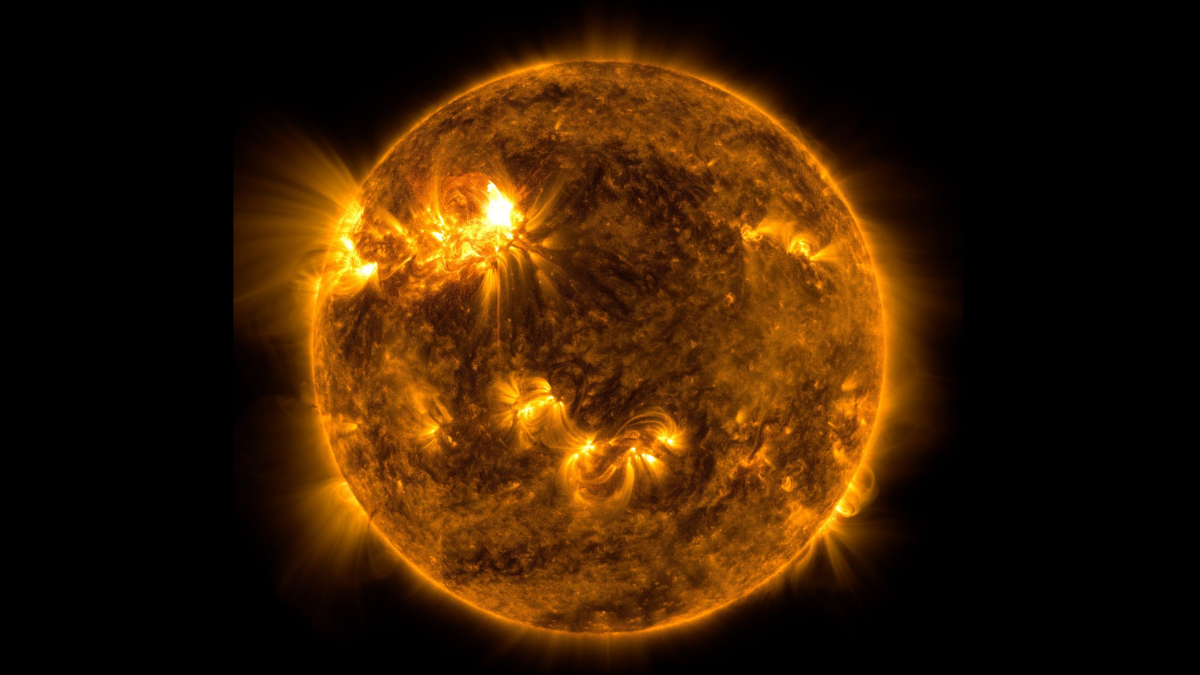 The sun is a beehive of flaring activity in a stunning new photo from a NASA spacecraft.

NASA’s Solar Dynamics Observatory caught the sun in action as it flung a moderate-sized flare into space on Wednesday (April 20). The flare was just one of dozens of plasma projectiles that the sun generated in just a few hours.

This particular flare peaked Wednesday at 9:59 p.m. EDT (1359 GMT Thursday, April 21), NASA officials said in a release. The agency did not provide a specific forecast associated with the event, but it did state that “solar flares are powerful bursts of energy. Flares and solar eruptions can impact radio communications, electric power grids, navigation signals, and pose risks to spacecraft and astronauts.”

While NASA did not share a forecast associated with the event, the National Oceanic and Atmospheric Administration advised that there is a moderate probability of auroras in the next 24 hours.

A cluster of sunspots on the sun April 20, 2022, imaged after the sun hurled a strong X-class flare towards Earth. (Image credit: NASA/SDO)

This latest missive came after the sun sent out dozens of flares within a few hours, including the most powerful class of solar flare, X-class. The biggest flares came from sunspot AR2992, which is on the edge of the sun. Since Earth wasn’t quite within firing range, it appears there is no incoming set of auroras associated with that sunspot’s outburst.

Auroras can occur after a solar flare when the charged particles from coronal mass ejections reach Earth and flow across our planet’s magnetic field lines. As the particles hit bits of Earth’s atmosphere high above us, the atmospheric molecules get “excited” and begin to glow. Forecasts Wednesday (April 20) suggested a CME was brewing, but was likely not to strike Earth given the sunspot was facing in a direction mostly away from our planet.

The flaring sun and huge groups of sunspots on its surface show that the sun is starting to emerge from the quieter beginning of the solar cycle, which began in 2019. The 11-year cycle should peak in 2025.

Most CMEs are harmless, aside from the sky shows and brief radio blackouts. But NASA and other agencies do keep a sharp eye on the sun in case of larger events. The most powerful storms, albeit rare, can create issues with infrastructure such as satellites or power lines.