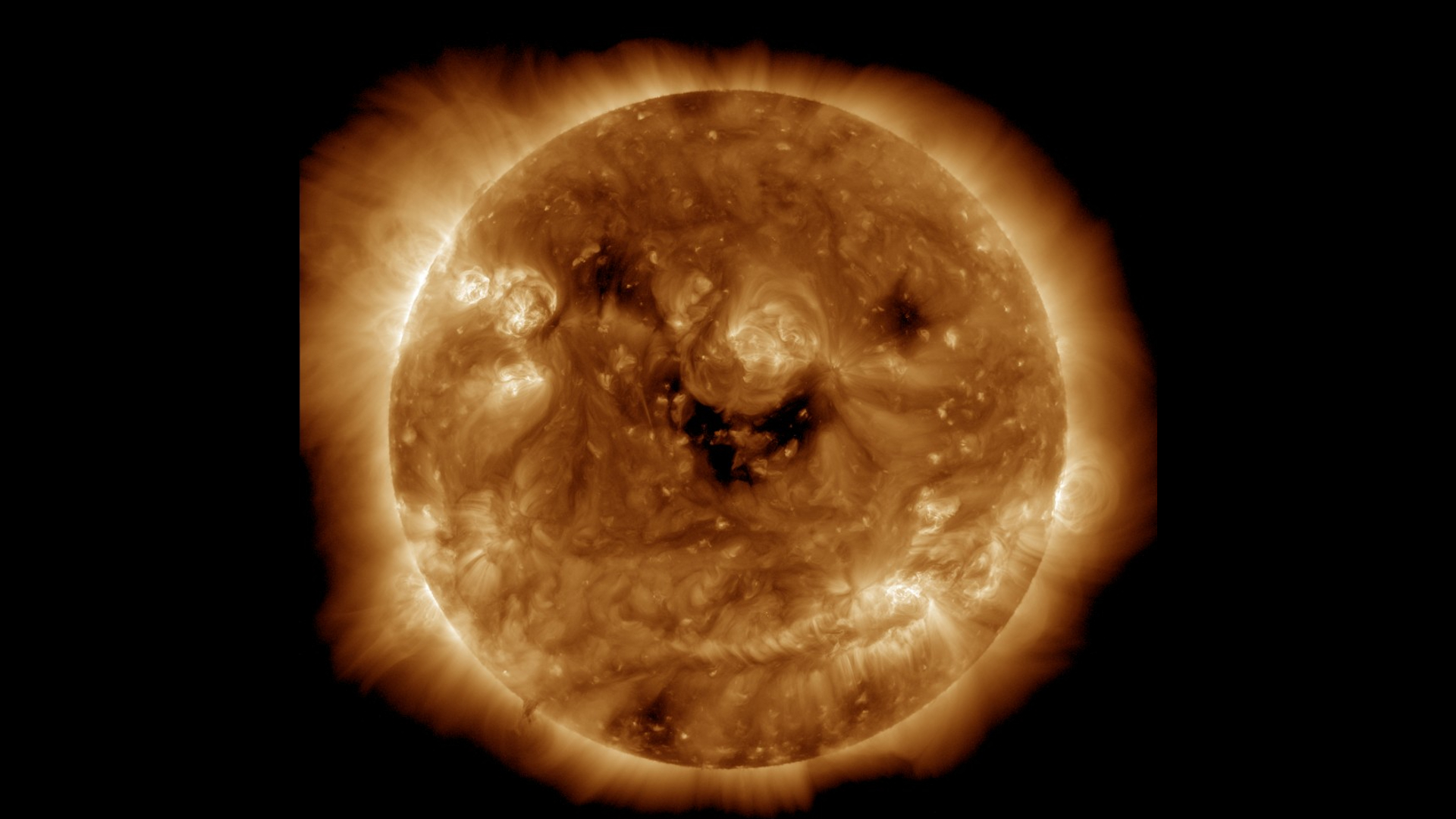 The sun appears very ‘happy’ today in NASA’s latest Solar Dynamic Observatory (SDO) images. But don’t be fooled by its cheery appearance  —  that ‘face’ is spewing vast streams of solar wind that could trigger a solar storm on Earth, albeit a rather mild one.

The three dark patches that make the sun‘s ‘ face’ are coronal holes — regions of open magnetic field line structures that allow solar wind to readily escape (opens in new tab) instead of looping back on themselves. Torrents of solar material can surge out of coronal holes at speeds of up to 1.8 million mph (2.9 million kph), according to the Exploratorium, (opens in new tab) a science museum in San Francisco. The regions appear dark because they are cooler and less dense than the surrounding plasma regions.

Earth is currently in the firing line of the trio of solar wind streams, which could hit our planet in the next few days. In response, NOAA’s National Weather Service has issued a G1 (minor) geomagnetic storm (opens in new tab) watch for Saturday (Oct. 29).

Related: Satellites can disappear in major solar storms and it could take weeks to find them

A G1 geomagnetic storm has the potential to cause minor fluctuations in power grids and increase auroral activity at the poles.

More extreme solar storms like the Carrington Event, a colossal solar storm that occurred September 1859, disrupted telegraph services all over the world and triggered auroras so bright and powerful that they were visible as far south as the Bahamas.

Solar activity is expected to ramp up as the sun moves towards the most active phase of its roughly 11-year-long solar cycle. It is predicted to reach solar maximum — the period of maximum activity — in 2025.