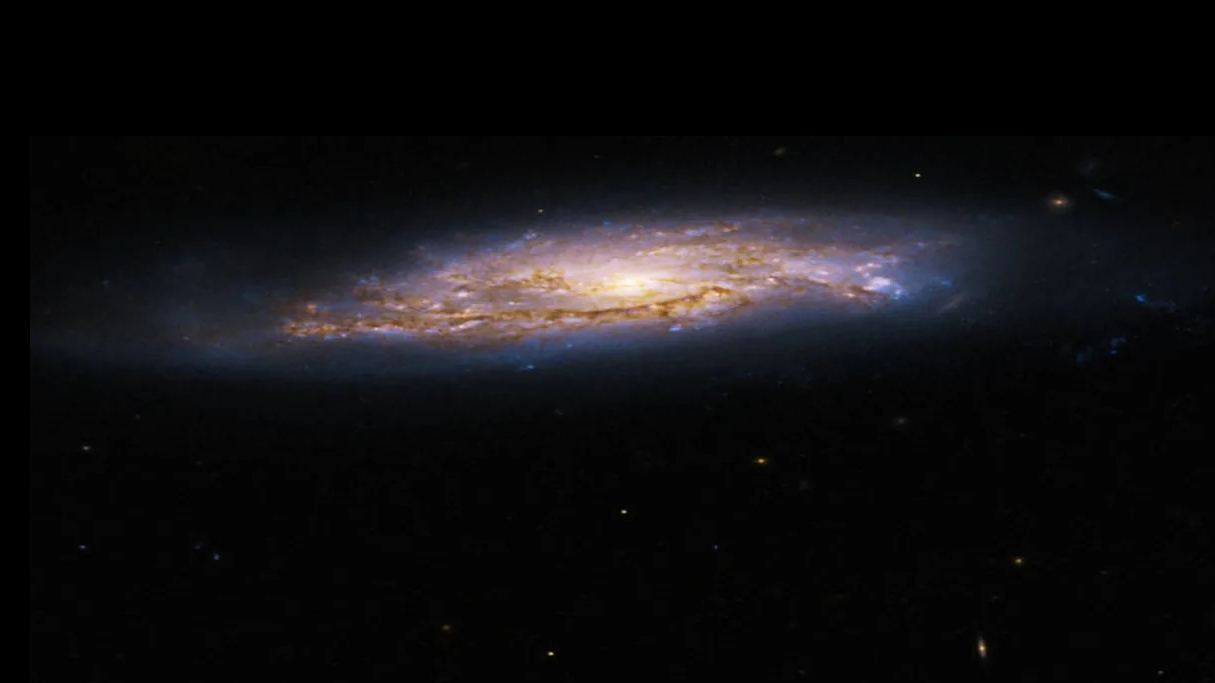 The Hubble Space Telescope captured what appears to be a galactic flying saucer floating in space.

The otherworldly image of IC 564 forms part of a pair of galactic oddballs called Arp 303, located about 275 million light-years away from us. (Arp refers to the Atlas of Peculiar Galaxies, originally cataloged at 338 members by Halton Arp in 1966.)

Arp members were originally chosen for their unusual galactic structure, which is easily visible with both IC 564 along with its companion, IC 563 (at lower right in the image showing the two galaxies.)

Hubble officials are going through the back catalog of data to assist with forthcoming observations of the James Webb Space Telescope, NASA said in a May 27 statement (opens in new tab). Of particular note is the “clumpy” starbirth regions visible in infrared light, which may give clues as to galactic formation overall.

While NASA did not directly say how this imagery will assist Webb, of note is the newer telescope’s efforts to understand how galaxies were formed and evolved, particularly in the early universe.

Emerging areas of research in galaxies included how galaxies proliferated into the large variety visible today, the relationship between supermassive black holes and galaxies, and galactic mergers and collisions, according to a NASA webpage (opens in new tab) about forthcoming Webb research.

Some of the Webb Cycle 1 studies (opens in new tab) for galaxies will look at early galaxy formation, galaxies with “low metallicity” (rich in hydrogen and helium) and galaxy clusters to assist with its long-term quest to understand galactic evolution.