This Mars meteorite contains a toxin that makes pigs vomit (and humans, too) 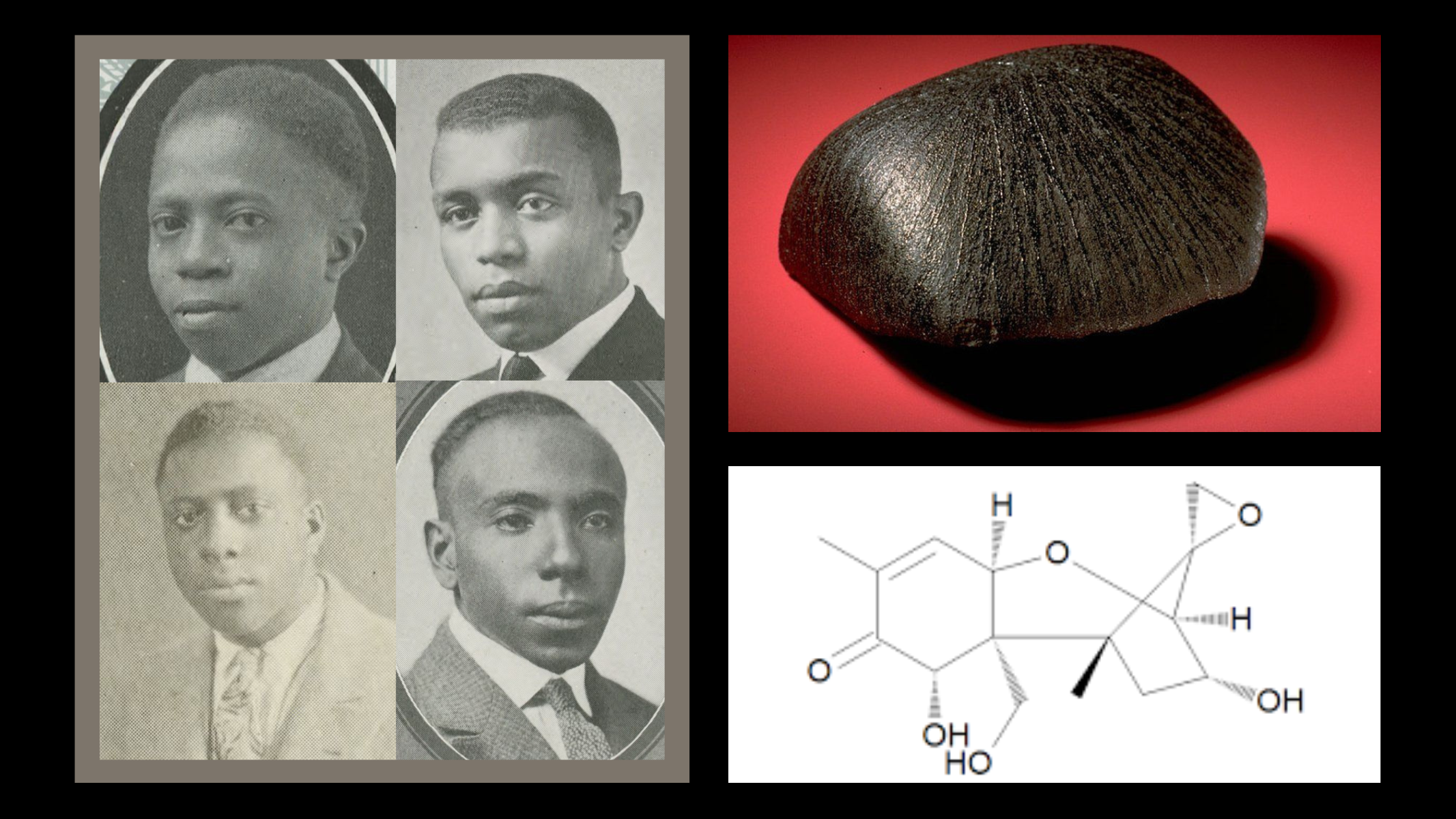 The detection of a toxin that makes humans and pigs vomit could solve the lingering 100-year-old mystery surrounding the pristine Martian meteorite nicknamed “Lafayette.”

Lafayette was blasted from the surface of Mars millions of years ago and eventually found its way to Purdue University in Indiana. In 1931, the unusual smooth black stone was identified as a pristine meteorite. Yet how Purdue University came to possess the stone and who delivered it to the university has been unknown for 90 years. Now, scientists analyzing the meteorite say that a strange compound found in it could be the clue that cracks the case.

One potential discovery story for the space rock Lafayette was reported by meteorite collector Harvey Nininger in 1935. He said that a Black Purdue student witnessed the meteorite land in a pond as he was fishing, recovered the rock, and donated it to the university.

Related: How many meteorites hit Earth every year?

Evidence to support this tale had been sparse, however. So in 2019, a team of researchers led by Áine O’Brien, a planetary scientist at the University of Glasgow in Scotland, set about solving this mystery.

“Lafayette is a truly beautiful meteorite sample, which has taught us a lot about Mars through previous research,” O’Brien said in a statement. “Part of what has made it so valuable is that it’s remarkably well-preserved, which means it must have been recovered quickly after it landed.”

O’Brien noted that when meteorites are left out in the elements for significant lengths of time, their outer layers weather away and they collect terrestrial contaminants, reducing their research value.

“The unusual combination of Lafayette’s swift protection from the elements and the tiny trace of contamination which it picked up during its brief time in the mud is what made this work possible,” she said.

The team began sleuthing by crushing a tiny sample of the meteorite and analyzing it with a spectrometer, an instrument that searches for the unique chemical ‘fingerprints’ of elements and compounds.

O’Brien was looking for organic molecules that could indicate life had once existed on Mars, but what the planetary scientist found was distinctly terrestrial in nature. Among thousands of compounds, the scientist found deoxynivalenol (DON), a toxin found in a fungus that grows on crops like corn, wheat and oats. When ingested, DON causes sickness in humans and animals, particularly pigs.

O’Brien mentioned the DON detection to a colleague familiar with the discovery story of Lafayette, who noted that DON could have found its way to the meteorite via dust from crops that found its way to waterways around where the rock made its muddy splashdown in Tippecanoe County, Indiana.

The team contacted researchers at Purdue University’s departments of agronomy and botany, who set about determining how prevalent the fungus that carries DON was in the region before 1931, when the meteorite’s origins were determined.

The researchers also worked to determine when Lafayette may have arrived on Earth, consulting accounts of regional fireballs, streaks of light caused when meteorites heat up as they whiz through Earth’s atmosphere.

Two particular fireball sightings stood out, both over southern Michigan and northern Indiana: one on Nov. 26, 1919, and another in 1927 that deposited the Tilden meteorite in Illinois, the largest space rock to hit the state in recorded history.

With these dates in hand, Purdue University archivists set about searching the institution’s records for Black students in attendance at those times. They identified Julius Lee Morgan and Clinton Edward Shaw, of the class of 1921, and Hermanze Edwin Fauntleroy, of the class of 1922, who were all enrolled at Purdue in 1919. A fourth student, Clyde Silance, studied at Purdue in 1927.

The researchers concluded that based on Niniger’s account of the Lafayette meteorite’s arrival at Purdue, one of these four students likely gifted the Martian meteorite to the university. The team hopes that additional research could identify which student found Lafayette so he may receive the credit he justly deserves.

“I’m proud that, a century after it reached Earth, we’re finally able to reconstruct the circumstances of its landing and get closer than we’ve ever been to giving credit to the Black student who found it,” O’Brien said of the meteorite. “I’m very glad that one of them may have been there to see Lafayette land and to donate it to Purdue University.”

The team’s research is described in a paper published Oct. 19 in the journal Astrobiology.