This New Souls-like Sets Itself Apart With Its Unusually Sunny, Pleasant World

Enotria: The Last Song isn’t the first game to take inspiration from Souls-likes, the genre forged from the fires of From Software’s Dark Souls and Bloodborne games, but it may very well be the sunniest and warmest-looking one yet.

Developer and publisher Jyamma Games is still aiming for that particular flavor of combat, timing, and player agency in a world made almost entirely out of hope, but with some changes that just might shake up the Souls-like genre.

Enotria: The Last Song takes place in a sad and broken world, but you might not know it at first glance with the sun-bathed landscapes and lush green grass looking inviting rather than creepy. 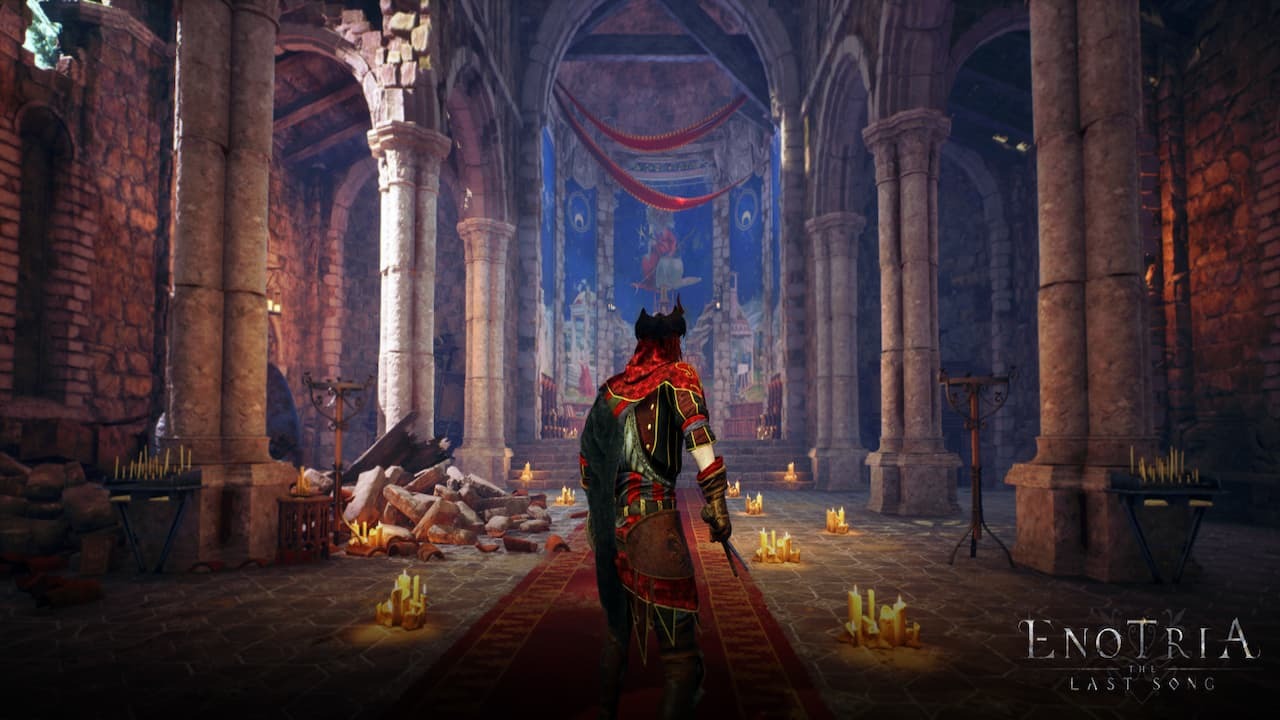 This action-RPG almost carries a stirring sense of wonder, like B-roll footage of the Xbox 360’s Fable trilogy, but the Italian summers of Enotria carry much more under the surface than sun damage.

Jyamma Games is working toward a feeling and aesthetic that will transport players to the Italian countryside while also keeping the dread and despair baked firmly at the center of it all.

This “Summer-Soul” title pulls the colors of Italy’s summers to the surface, but the game’s curse is alive and well. The “Curse of the Canovaccio” is thriving even more than a seaside breeze. Like Dark Souls, the hope of what’s possible, if only a few can muster the courage to see it, is painstakingly present. 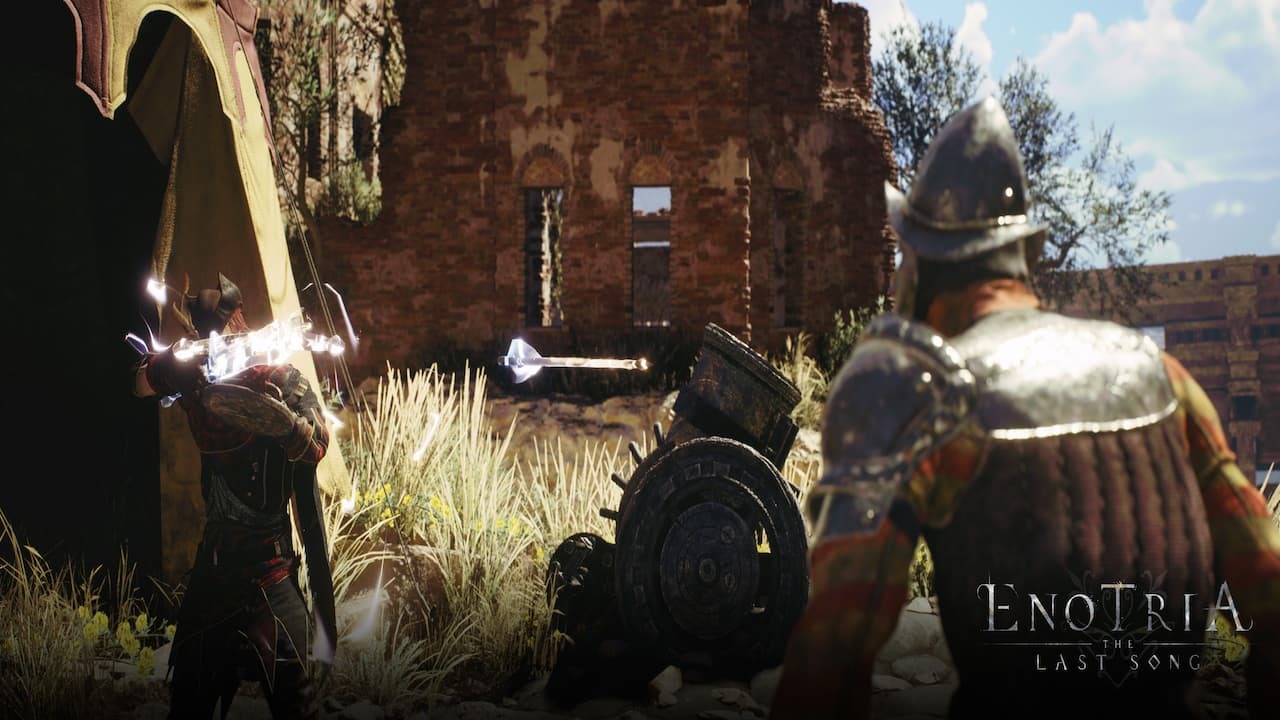 The inhabitants of Entoria: The Last Song largely serve the curse and those who created it, and those remaining have been swept up in performing for the Play, a mysterious allure held by the game’s antagonists. Those strong enough and possessing the courage will find help from some allies, but most of the world is waiting to be saved in Enotria: The Last Song.

Only a small number of gameplay details have been revealed so far. Enotria: The Last Song will feature exploration for players to tackle across diverse environments. It’s too soon to know if it will be the next must-play Souls-like, but the sunny slumber-laced world does look intriguing.

One notable gameplay twist is the switching player-states of Enotria. Ardmore will allow players to access different states inside and outside combat. Toggling between them will dynamically change the world and affect enemy behaviors, giving players more ways to tackle and explore the combat scenarios and puzzles of Enotria. 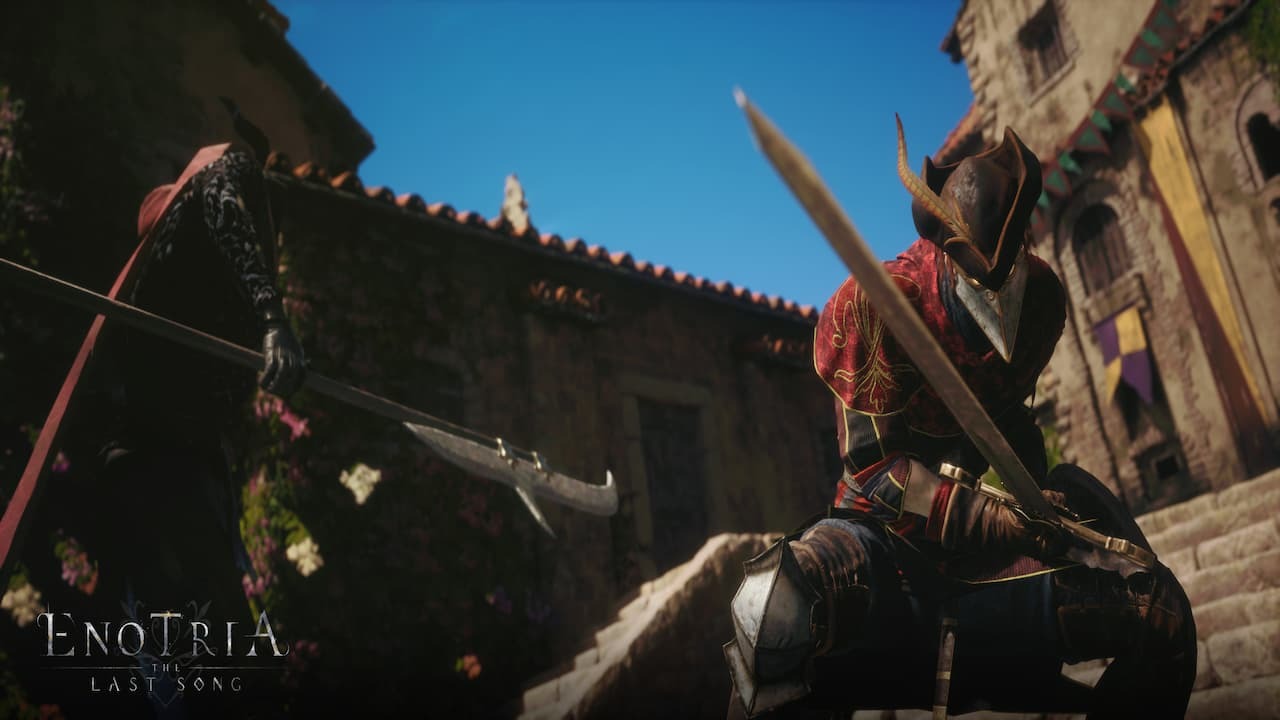 Like most Souls-like games, the player-character is an oddity situated just outside of things. In Enotria, the player is born outside the Canovaccio, which positions them with unique tools and perspective in their quest to purge the world of this endless curse.

Enotria: The Last Song does not have a release date or platforms yet, but it stands out thanks to the team being composed of Witcher III veterans and showcasing something infrequently in games: Italian folklore, legends, and locations.