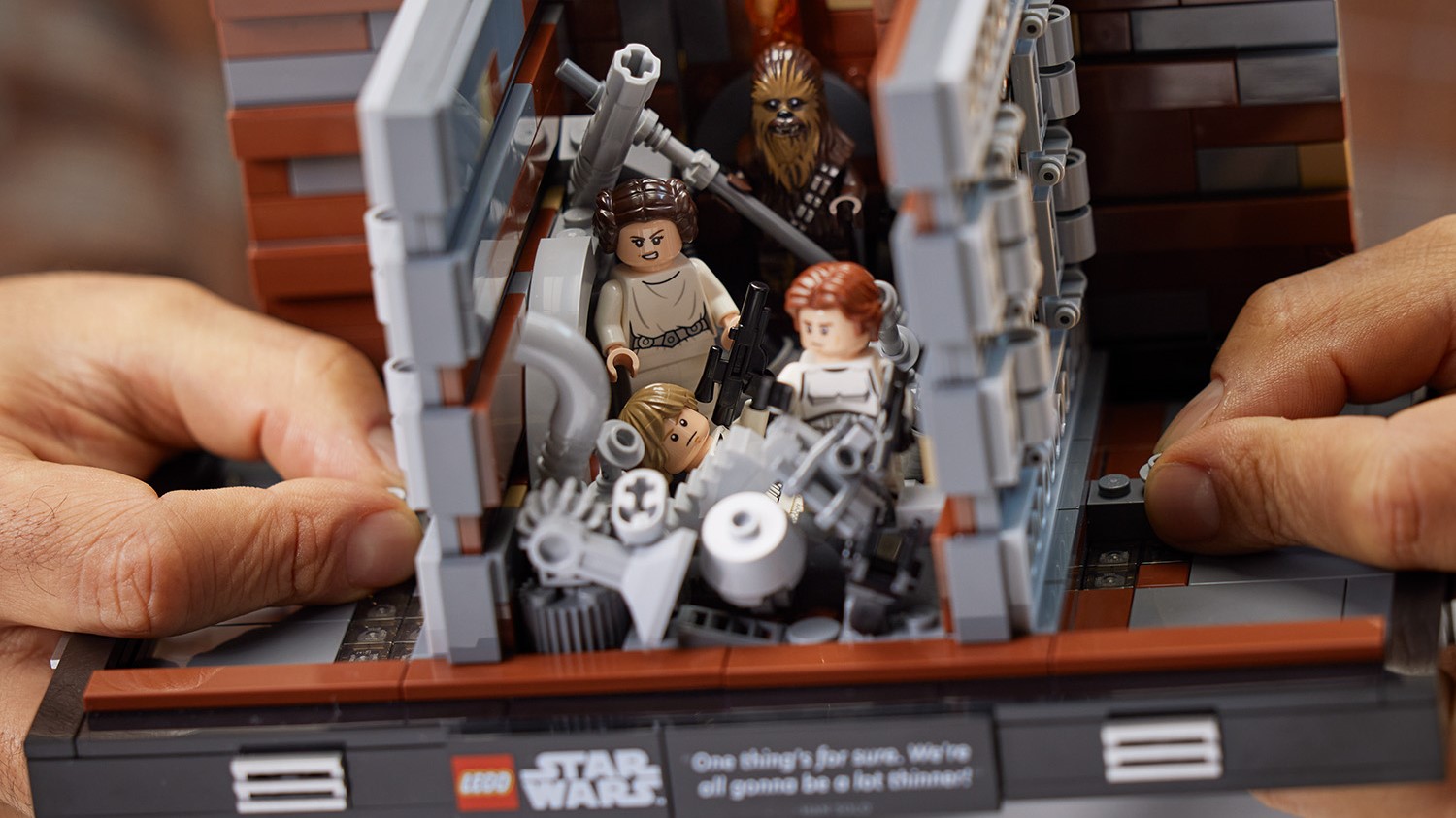 Lego has lifted the lid on three new Star Wars sets coming to stores next month. They’re all aimed at adults – and, surprisingly, they’re all priced under $90/£80. Yes, that’s still a lot, but when grown-up Lego sets typically cost upwards of $300 — and the biggest Star Wars sets costing up to $799.99 – we’re very happy to see more budget-friendly sets entering the range.

The first new set to arrive, and the cheapest of the three, is Lego Star Wars 75329 Death Star Trench Run Diorama. Remember the scene in A New Hope where Darth Vader was pursuing Luke Skywalker as he tried to destroy the Death Star? Here’s a model which captures that moment. Built against a backdrop of the mechanical-looking outer of the Death Star, it features Luke’s iconic X-Wing being pursued by three TIE Fighters.

The second set to be announced by Lego is Star Wars Dagobah Jedi Training Diorama (75330), which will retail for $79.99/£69.99. From The Empire Strikes Back, this is the scene where Luke crash-lands into the swamp where Yoda is living before undergoing Jedi training.

Built upon a black plinth, there’s a recreation of Yoda’s hut and a backdrop of trees. It also includes minifigures of Yoda, Luke Skywalker and R2-D2. This one has a plaque too: it reads “Do. Or do not. There is no try.”

The final (and most expensive) incoming Lego Star Wars set is Death Star Trash Compactor Diorama (75330). This one recreates a scene from A New Hope, where Luke, Leia, Han Solo and Chewbacca find themselves stranded in the Death Star’s trash compactor unit. The diorama includes minifigures of all four characters, along with a jumble of Lego pieces designed to resemble trash.

What’s particularly cool about this one, though, is that the walls can be moved inwards to emulate the crushing process of the trash compactor. Again, this one has a display plinth, with a plaque that reads “One thing’s for sure. We’re all gonna be a lot thinner!”. It will retail for $89.99/£79.99.

In the US, Lego Star Wars Death Star Trash Compactor Diorama will be exclusive to Lego stores, Lego.com and Walmart stores, while the others will be available in all good Lego stockists. In the UK, all three sets will be available directly from Lego and other retail outlets that stock Lego products.

All three sets will become available on 26th April. Pre-orders are open now on Lego.com. If these aren’t the Lego sets you’re looking for *waves hand* then you can check out our Lego Star Wars deals guide for the latest discounts on Lego sets from a galaxy far, far away.