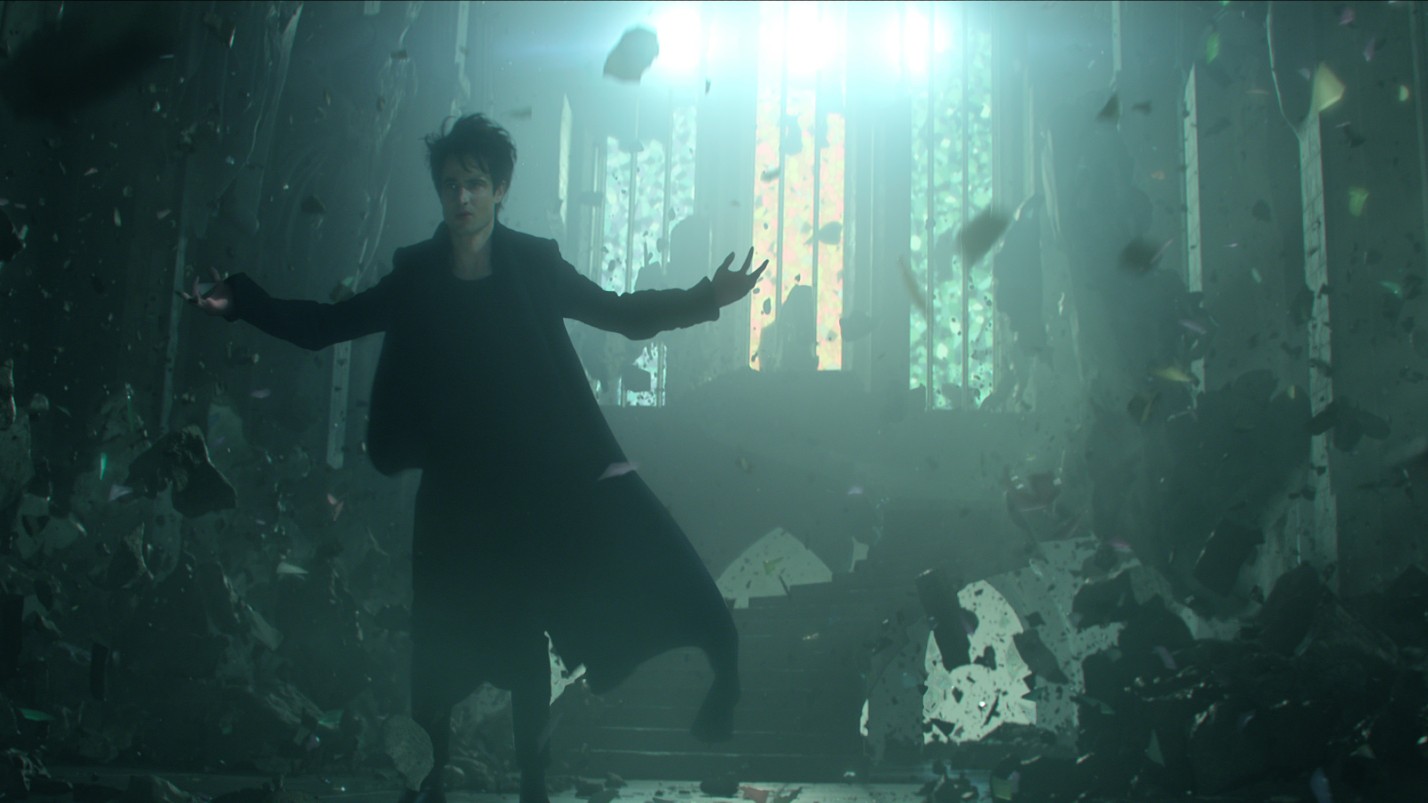 We may be working our way through the months of 2022 but that doesn’t mean that the offerings of new and returning sci-fi TV shows isn’t still bountiful. Given that the pandemic delays are still giving us shows we’ve been waiting oh so patiently for, there’s a fair few highly-anticipated titles that are yet to hit our screens. But they are coming! In our list of the upcoming sci-fi TV shows for 2022, we’ve got the lowdown on all the dates you’ll want to get added to your calendar.

Sure, we’ve already enjoyed some truly impressive sci-fi TV shows in 2022 from Obi-Wan Kenobi to Moon Knight to Ms. Marvel all bringing new experiences, action-packed scenes, and storylines that are quite literally out of this world. But, that doesn’t mean there’s not plenty more where that came from. The MCU continues to provide, Star Wars spin-offs resume their expansion of the already rich universe, and ambitious book to TV adaptations promise big things for TV viewers across the globe.

That’s not all that 2022 has to offer though. With each year also comes a new slate of movies and with our best upcoming sci-fi movies of 2022 guide there’s plenty of new worlds to explore. Not forgetting, if you’re on a foray into the ever-impressive alternate dystopian worlds, we’ve got a guide to the best sci-fi movies of all time. For now, let’s jump right into everything TV shows have to offer us for the rest of the year and beyond.

Is Stranger Things a sci-fi filled with horror, or a horror thriller filled with sci-fi? Well, that’s up to you to decide, but what we can say is that season 4 has been the most gripping yet and if anything happens to our beloved babysitter, Steve Harrington, then we riot!

Season 4 sees our small-town adolescents split up and facing their own demons, whether it’s a mean high school bully, overwhelming mental health, or, well, an actual demon. It’s been mesmerising to watch, especially with the addition of newcomer Eddie Munson (Joseph Quinn) to the team.

The first part of Stranger Things Season 4 was released on May 27, 2022 and, after powering through all 7 episodes, Nexflix is cruelly making us wait until July 1, 2022 to see the much-anticipated conclusion.

Based on the comic book series of the same name by Brian K. Vaughan, Paper Girls follows four 12-year-old newspaper delivery girls on one fateful Halloween as the fictional town of Stony Stream is hit by an invasion from a mysterious force from the future. After stumbling on a time machine, the group are thrown into a sci-fi adventure of two warring factions of time travelers: The Old-Timers and The Teenagers. The Paper Girls themselves are then launched back and forth between adventures in the 20th and 21st centuries where they’ll come face-to-face with their grown-up selves. All whilst being embroiled in finding the answer for the overarching question – whether the past can and should be changed by future time travelers?

And we’ve another show from DC comic books with The Sandman. By famed British writer, Neil Gaiman (Good Omens, American Gods, Stardust), comes an adaptation for Netflix. There’s a lot of hype around this one as Gaiman’s comic book was coined for the big movie screen in 2019, but is finding its home on Netflix instead. Taking on the titular role of The Sandman, also known as Dream of the Endless, Morpheus, Kai’ckul, is Tom Sturridge who is joined alongside a cast list full of big names. There’ll be 11 episodes that adapt only the first few comic books, leaving this show open for more. There’s a lot to this story that can’t be unraveled in a short summary, but know that The Sandman’s journey will take viewers through space and time.

When available, watch The Sandman on Netflix

We’re not short of new Marvel entries in this list already, and we’re not done yet with one more from Phase Four. In this upcoming 2022 release, the MCU introduces She-Hulk: Attorney at Law to the team. If you didn’t know already, She-Hulk aka Jennifer Walters’ (Tatiana Maslany) origin story is, simply put, via a blood transfusion from her cousin, Bruce Banner (Mark Ruffalo) aka the Hulk.

Whilst She-Hulk is strong like Hulk, she’s also able to maintain parts of her human persona alongside her superhero powers. A valuable member of the Avengers and a recurring member of the Fantastic Four, She-Hulk almost made it to the big screen in the 90s but was scrapped. Now here we are, in 2022, eagerly awaiting her arrival on Disney Plus.

When available, watch She-Hulk: Attorney at Law on Disney+

Andor is a prequel to Rogue One: A Star Wars Story, picking up Rebel spy Cassian Andor’s storyline five years before the events of the film. The Andor origin story will see the role reprised by Rogue One’s Diego Luna and will reportedly follow the adventures of Cassian during the formative years of the Rebellion, so be prepared for a tense, nail-biting spy thriller.

All we know for now is that it’ll be 12 episodes long and hopefully released on August 31, 2022 onto Disney Plus.

When available, watch Andor on Disney+

Doom Patrol from DC Comics is a superhero show with a bit of a twist. Each superhero has come to a point in their lives where they’ve found themselves with superhuman abilities, but only because they’ve suffered a horrible accident. They’re an unlikely set of heroes considering they’re each traumatized and outcast from society, but it sure doesn’t stop them from turning their downtrodden position in the world into something hero worthy with the help of their powers. With three seasons of battles and personal discoveries under its belt, Doom Patrol returns to HBO Max for season four later in 2022.

Another MCU crossover event based on the comic books of the same name, Secret Invasion throws together Nick Fury (Samuel L. Jackson) and Skrull Talos (Ben Mendelsohn) once again after meeting for the first time in Captain Marvel. The pair will team up to explore the faction of shape-shifting Skrulls who have seemingly been infiltrating Earth for years. With a cast list of new and returning roles in the MCU, such as Cobie Smulders as Commander Maria Hill, Secret Invasion reportedly wrapped production in April 2022 and is expected to premiere exclusively on Disney+ later this year.

A ‘coming of rage’ story sees three twenty-somethings thrown into turmoil as they’re turned into monsters by an evil scientist against their will during experimental gene therapy. And thus, form The Imperfects. It’s a mix between a group of girls dealing with all the drama of teenage life as well as tackling a monster mutation that leaves them with superpowers. Coined to be a ‘full throttle, action-adventure, monster sci-fi” it’s another foray for Netflix into creating an original sci-fi series. The Imperfects will be hunting down the scientist that wronged them whilst also being chased by a powerful government agency – because why not?

When available, watch The Imperfects on Netflix

Based on the novel of the same name from Cixin Liu, Netflix have also taken it upon themselves to transform this complex sci-fi book into an ambitious sci-fi adaptation for the streaming platform. The Three-Body Problem tackles space and time whilst looking at humanity’s first contact with aliens and impending alien invasion. A nanomaterials expert discovers a countdown that puts him under military investigation. To find the truth, he enters a mysterious VR game called Three-Body that will hopefully untangle the web of lies. The story takes place across a series of timelines, jumping backwards, forwards, and remaining in present-day throughout. With such an ambitious project comes a cast list full of big names. Maybe we’ll be able to add this one to our best sci-fi TV shows based on books list?

When available, watch The Three-Body Problem on Netflix

Following on from the ongoing hugely successful The Witcher series on Netflix comes Blood Origin, a six-part mini-series that acts as a prequel set in an elven world 1,200 years before Geralt of Rivia. Monsters, men, and elves unite and reveal the genesis of the very first Witcher whilst also exploring the demise of the ancient elven civilization. Heading into post-production late 2021, The Witcher: Blood Origin is expected to hit the streaming platform later in 2022. The trailer so far shows us a host of new characters to The Witcher franchise, with big action scenes set to the backdrop of some breathtaking landscapes.

When available, watch The Witcher: Blood Origin on Netflix

The Mandalorian and everyone’s favorite little guy, Baby Yoda, are returning for season 3. Mando (Pedro Pascal) left season 2 with some great open-ended storylines leaving viewers wanting more. Luckily, whilst we don’t have a release date just yet, The Book of Boba Fett, another Star Wars spin-off, has been releasing episodes in the meantime.

And The Book of Boba Fett aligns with The Mandalorian storyline, so much so that it’s been coined as a bridge between season 2 and 3 with episode 5 featuring the man himself.

When available, watch The Mandalorian (Season 3) on Disney+

Whilst we’ve been treated to a slate of new Star Wars content on Disney+ from The Mandalorian to The Book of Boba Fett in 2022, potentially 2023, we’ve also got a Mando spin-off, Ahsoka. Fans of Star Wars: The Clones Wars animated TV series were very excited to learn that Ahsoka Tano will get her own series in the ever-expanding Star Wars universe, and rightly so, as she’s a badass. Rosario Dawson takes on the titular character and Jedi padawan as she embarks on her own adventures, although there’s not much known about the plot thus far. We do know that Hayden Christensen is back as Anakin Skywalker in a great crossover with his appearance in Obi-Wan Kenobi. With a 2023 release date, it’s almost time to see what Ahsoka brings to the table when thrust into the limelight.

When available, watch Ahsoka on Disney+

The Rangers of the New Republic

Another addition to the Star Wars universe, Disney Plus are at it again with spin-off The Rangers of the New Republic, an adventure set within the timeline of The Mandalorian. This new live-action series comes again from the minds of Jon Favreau and Dave Filoni, but this time viewers are promised a tale that will “intersect with future stories and culminate into a climactic story event.”

For now, the plot and cast remain a mystery, with rumors suggesting the show is not currently in active development and may in fact be canceled or merged with the existing Mandalorian series. This is probably in part due to the social media post controversies surrounding Gina Carano and the subsequent firing from her role as Cara Dune.

When available, watch The Rangers of the New Republic on Disney+