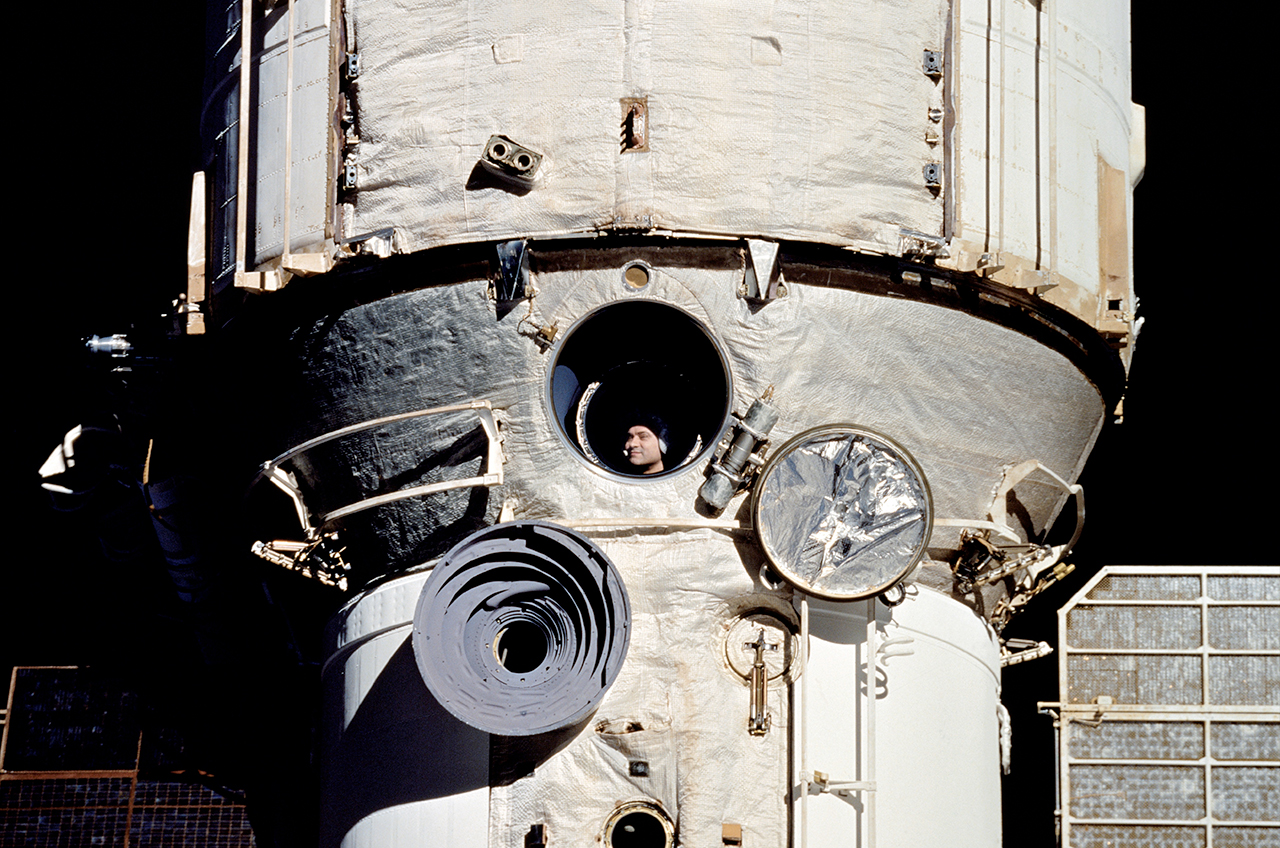 Soviet-era cosmonaut Valery Polyakov, who logged the single longest stay in space, has died at the age of 80.

“The Roscosmos State Corporation regrets to announce the death of the Hero of the Soviet Union, Hero of Russia, USSR pilot-cosmonaut, holder of the world record for the longest flight into space (437 days) Valery Polyakov,” Roscosmos officials wrote on the messaging service Telegram (opens in new tab) (machine translated from the original Russian). “We express our deep condolences to the relatives and friends of Valery Vladimirovich.”

Selected in 1972 with Russia’s third group of medical doctors to train to become cosmonauts, Polyakov launched on two long-duration missions to the Russian space station Mir. In total, he was off Earth for 678 days, 16 hours and 32 minutes, ranking him today as eighth in the world for total time spent in space.

Polyakov’s first mission began with his launch aboard Soyuz TM-6 on Aug. 29, 1988. Lifting off with commander Vladimir Lyakhov (opens in new tab) and Intercosmos cosmonaut Abdul Ahad Momand, the first Afghani to fly into space, Polyakov arrived at Mir three days later, where he became part of the third expedition crew to live aboard the space station (Lyakhov and Momand returned to Earth after nine days).

Joining Vladimir Titov and Musa Manarov, who had already been on Mir for eight months, Polyakov was assigned to monitor his new crewmates’ health as they entered the final months of their year-long stay. Titov and Manarov departed the station and landed aboard Soyuz TM-6 on Dec. 21, 1988, after 366 days in orbit.

As for himself, Polyakov spent the remainder of his 241-day stay with Alexander Volkov and Sergei Krikalev, who arrived aboard Soyuz TM-7 with Jean-Loup Chrétien, the first citizen of France to fly into space making his second spaceflight. Polyakov returned to Earth with Volkov and Krikalev on April 27, 1989.

Related: Russia’s Space Traditions! 14 Things Every Cosmonaut Does for Launch

Portrait of cosmonaut Valery Polyakov, who was a member of a two long-duration expeditions on the space station Mir. (Image credit: Roscosmos)

Polyakov’s second and last trip into space would test the human body’s ability to survive a trip to Mars. Launched on Jan. 8, 1994, with Soyuz TM-18 crewmates Viktor Afanasyev and Yuri Usachov, Polyakov began an unprecedented 438-day stay in space as a member of the 15th expedition crew to the Mir station.

After 179 days, Afanasyev and Usachov returned to Earth, marking the beginning of EO-16 with Yuri Malenchenko and Talgat Musabayev, who spent 123 days with Polyakov. EO-17 followed with Aleksandr Viktorenko and Yelena Kondakova, who arrived with German cosmonaut Ulf Merbold and returned with Polyakov on board Soyuz TM-20 on March 22, 1995.

“We can fly to Mars,” Polyakov reportedly told his crewmates upon their landing. Traditionally, after being helped out of their Soyuz, cosmonauts are then carried to nearby seats to begin readjusting to gravity. Polyakov instead chose to walk.

Valery Vladimirovich Polyakov was born on April 27, 1942, in the city of Tula, located south of Moscow. Originally named Valery Ivanovich Korshunov, Polyakov legally changed his name after being adopted by his stepfather in 1957.

Polyakov graduated from Tula Secondary School No. 4 in 1959, and attended I.M. Sechenov First Moscow State Medical University, where he earned a doctorate. Polyakov later specialized in astronautics medicine at the Institute of Medical and Biological Problems (IMBP).

In 1964, after watching the first physician fly into space (cosmonaut Boris Yegorov on Voskhod 1), Polyakov decided to specialize in space medicine.

In addition to his own two flights, Polyakov served on the backup crews for Soyuz T-3 in 1980 and Soyuz T-10 in 1984, both missions to Salyut space stations. Between his missions, Polyakov led an IBMP project to refine the medical support for crewed expeditions to Mir, serving as the medical deputy to the flight director.

Throughout his record-setting second flight, Polyakov’s medical and psychological states were closely monitored. He then underwent two follow-up exams in the six-month period after he returned to Earth. Researchers found that Polyakov suffered no permanent physical issues from his 437 days, 17 hours and 58 minutes in space, nor were there any long-term cognitive problems, though he did experience brief declines in his mood during the first and last months of his stay on Mir.

Polyakov retired from the cosmonaut corps in 1995 and became deputy director of the Ministry of Public Health in Moscow, which gave him oversight of the medical care for long-duration space missions. Polyakov also contributed to the recruitment and selection of new cosmonauts as a member of the Russian Chief Medical Commission.

For his service to the Soviet and Russian space programs, Polyakov was honored with several awards and medals, including being named Hero of the Soviet Union and Hero of the Russian Federation, as well as receiving the Order of Lenin.

Polyakov was married to Nelli Mastakova, with whom he had one child, Yelena.

« Will the future of music sound a lot like the past? » Bitcoin is trapped in a downtrend, but a ‘trifecta of positives’ scream ‘deep value’