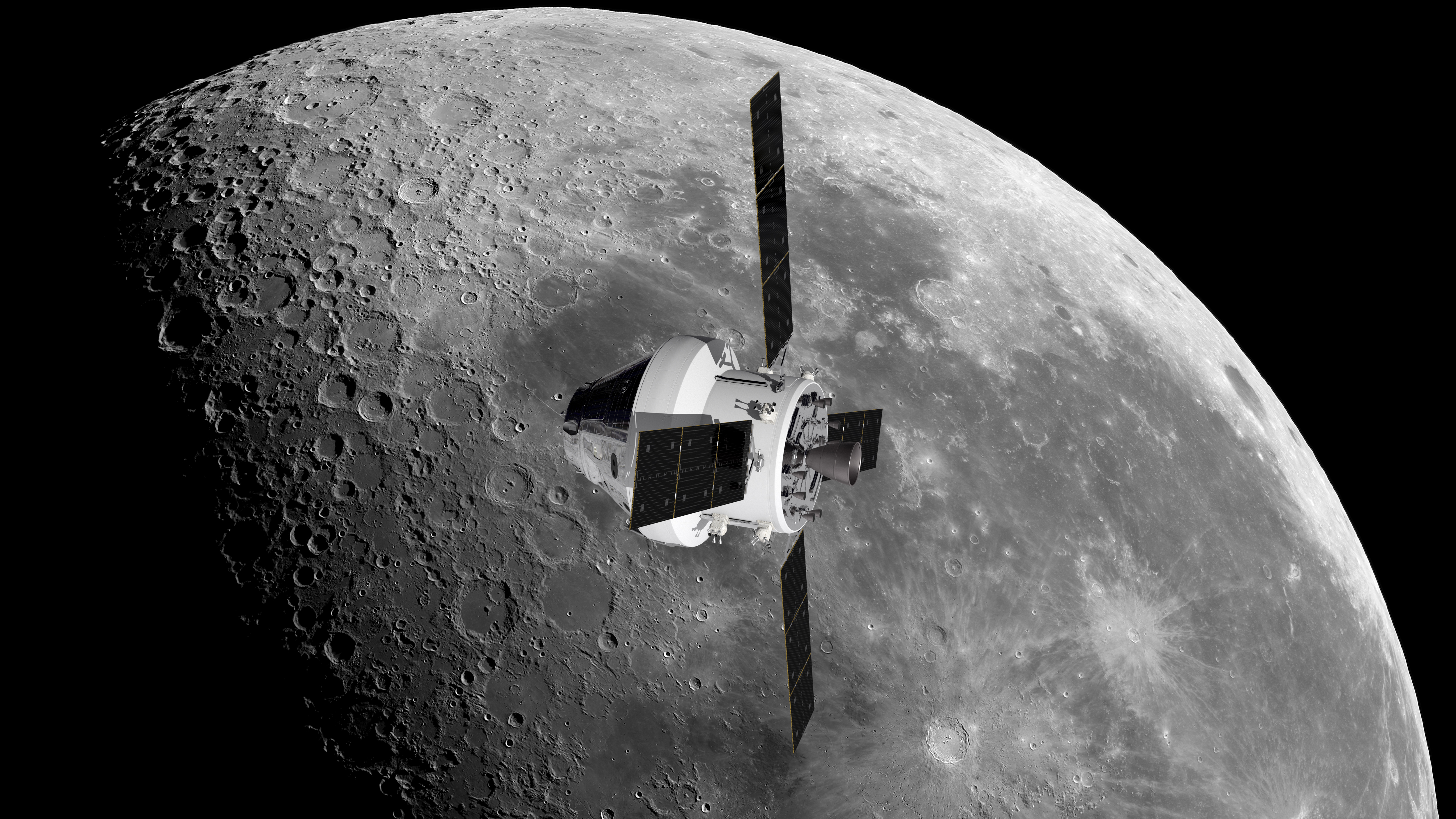 NASA’s Artemis 1 mission will arrive in the moon’s neighborhood on Monday morning (Nov. 21), and you can follow the epic action live.

Artemis 1‘s uncrewed Orion capsule has been cruising toward the moon since Wednesday morning (Nov. 16), when it launched atop NASA’s gigantic Space Launch System (SLS) rocket.

Orion will finally reach the moon on Monday morning, skimming just 80 miles (130 kilometers) or so above the lunar surface at 7:44 a.m. EST (1244 GMT), if all goes according to plan. During that close approach, the capsule will fire its main engine in a “powered flyby burn,” which will set it on course to enter lunar orbit four days later.

Artemis 1 team members will explain and discuss the crucial maneuver during a webcast that starts Monday at 7:15 a.m. EST (1215 GMT). Watch it live here at Space.com, courtesy of NASA, or directly via the space agency (opens in new tab).

Artist’s illustration of the Artemis 1 Orion capsule near the moon. (Image credit: ESA)

Artemis 1 is the first mission of NASA’s Artemis program of lunar exploration, which aims to set up a crewed research base on the moon by the end of the 2020s, among other objectives. The Artemis 1 liftoff also marked the debut of the SLS, the most powerful rocket ever to launch successfully.

Monday’s burn will set up another crucial maneuver on Nov. 25: an engine firing designed to insert Orion into a distant retrograde orbit (DRO) around the moon. The capsule will stay in the DRO — a stable path that will take it as far as 40,000 miles (64,000 km) from the lunar surface — until Dec. 1, when another engine burn will send the capsule back toward Earth.

Orion will come home on Dec. 11, hitting Earth’s atmosphere at tremendous speeds before ultimately splashing down softly in the Pacific Ocean off the coast of California.

If all goes well with Artemis 1, NASA will be free to start gearing up for Artemis 2, which will send astronauts around the moon in 2024 or thereabouts.

In 2025, the agency plans to launch Artemis 3, which will put boots down near the lunar south pole, the site of the envisioned research base. Artemis 3 will be the first crewed lunar landing since the final Apollo mission in 1972, and the first ever to put a woman and a person of color down on the moon.