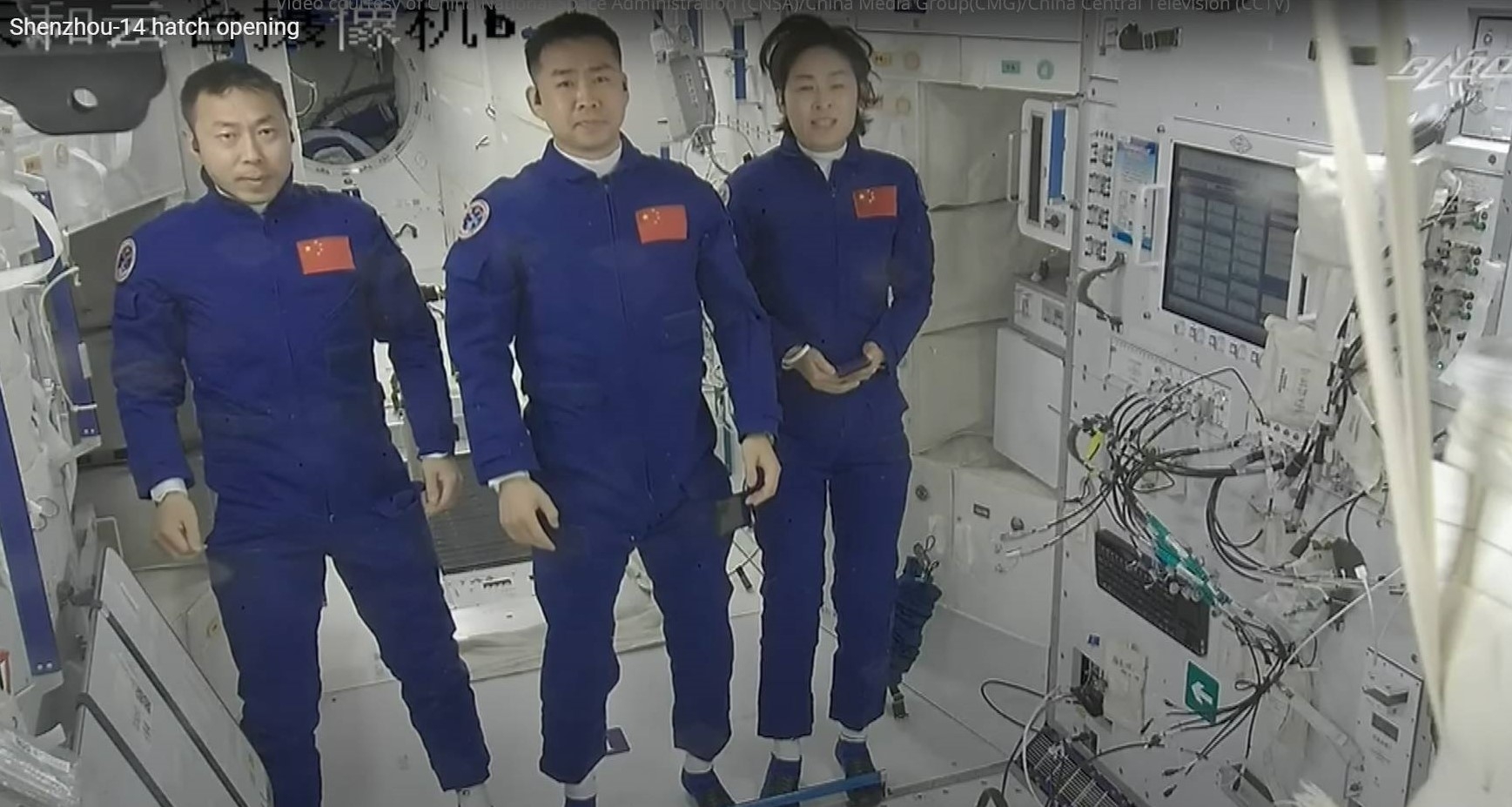 China’s Shenzhou 14 astronauts are ready to deliver their first lecture from the Tiangong space station on Wednesday morning (Oct. 12).

Astronauts Chen Dong, Liu Yang and Cai Xuzhe are scheduled to begin their live lecture from Tiangong Wednesday at 3:45 a.m. EDT (0745 GMT or 3:45 p.m. Beijing time). It will be the third such lecture, following two classes held by the earlier Shenzhou 13 crew, but this will be the first hosted from the new Wentian experiment module, which China launched in July.

You can watch the lecture live here (opens in new tab). Translation from Mandarin into English is likely to be available on other streams; Space.com will add a link to one such webcast once it becomes availab.e

Wednesday’s lecture will introduce the Wentian module, capillary effects in microgravity, drinking with a long straw, rice grown in space and a question and answer session with students back on Earth, according (opens in new tab) to China’s human spaceflight agency.

The lesson is part of a series known as “Tiangong Class,” taking the name for the Chinese space station (meaning “heavenly palace”), as China looks to utilize its new orbital outpost for inspiring interest in space and science domestically and for international prestige.

China is currently also gearing up to launch the third and final module for Tiangong. On Oct. 9 the Mengtian module was loaded up with propellant ahead of its journey to space, with launch from the Wenchang spaceport expected sometime in late October.

China plans to keep Tiangong permanently occupied for at least a decade.