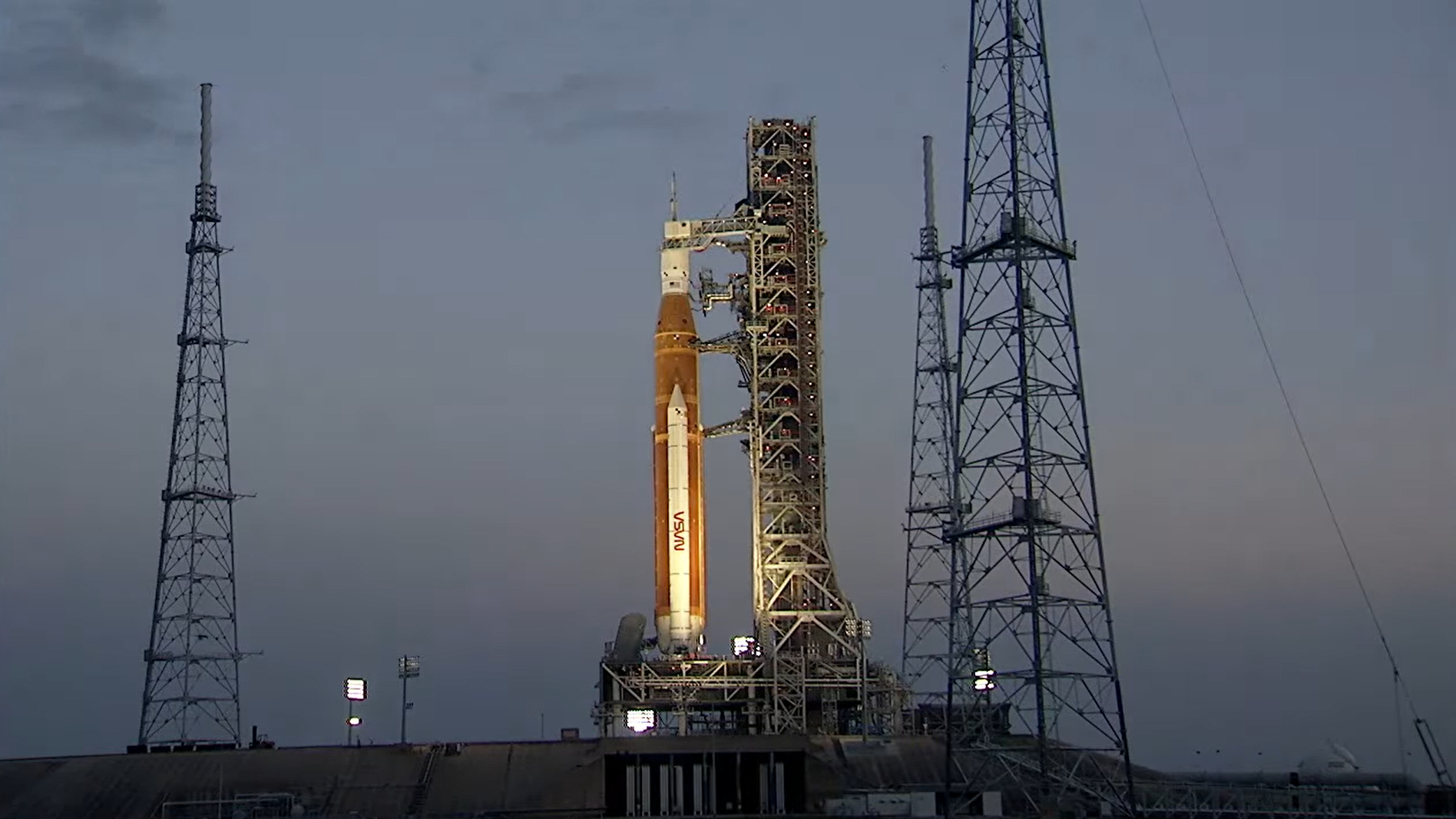 NASA’s first new moon rocket since the Apollo-era’s mighty Saturn V is back on the launch pad for a critical fueling test, and you can hear commentary for free Monday (June 20).

The agency’s first Space Launch System (SLS) megarocket, which is scheduled to launch the uncrewed Artemis 1 mission to the moon in August, is on Launch Pad 39B at the Kennedy Space Center (KSC) in Florida for a three-day fueling test that will begin on June 18.

NASA rolled the rocket to the pad on June 6 and has been streaming live views ever since on the KSC Newsroom YouTube (opens in new tab) channel. Commentary began Monday (June 20) at 7 a.m. EDT at NASA’s main YouTube (opens in new tab) channel, with the agency saying weather is not expected to be an issue and that there are other minor issues being “worked” for the day. You can follow operations via the Space.com Artemis 1 blog, too.

The SLS rocket’s Artemis 1 fueling test, which NASA calls a “wet dress rehearsal,” is a critical test to make sure the agency can fuel the giant rocket for launch and that its systems are ready for its planned trip to the moon. Artemis 1 will launch an Orion spacecraft around the moon as an uncrewed shakedown cruise.

“During the test, the launch teams will rehearse operations to load propellant into the rocket’s tanks, conduct a full launch countdown, demonstrate the ability to recycle the countdown clock, and drain the tanks to give them an opportunity to practice the timelines and procedures they will use for launch,” NASA officials said in a statement (opens in new tab)Friday (June 10).

NASA attempted to perform the test in April several times, but was unable to fully complete the procedure due to issues loading fuel into the rocket’s Interim Cryogenic Propulsion Stage. They found that loose bolts led to a hydrogen leak in umbilical lines between the stage and the SLS’s Mobile Launch Platform. A helium check valve on the stage also had to be replaced.

Engineers have since repaired those issues and are once again ready to attempt the fueling test, NASA has said.

“The rehearsal is the final test needed before launch and will begin at 5 p.m. EDT Saturday, June 18 with ‘call to stations,’ when members of the launch control team will arrive at their consoles to start the approximately two-day countdown,” the agency said in the statement. If all goes well, NASA will fully fuel the Artemis 1 moon rocket on June 20.

This story was updated at 7:23 a.m. EDT Monday, June 20 with details about the live commentary.