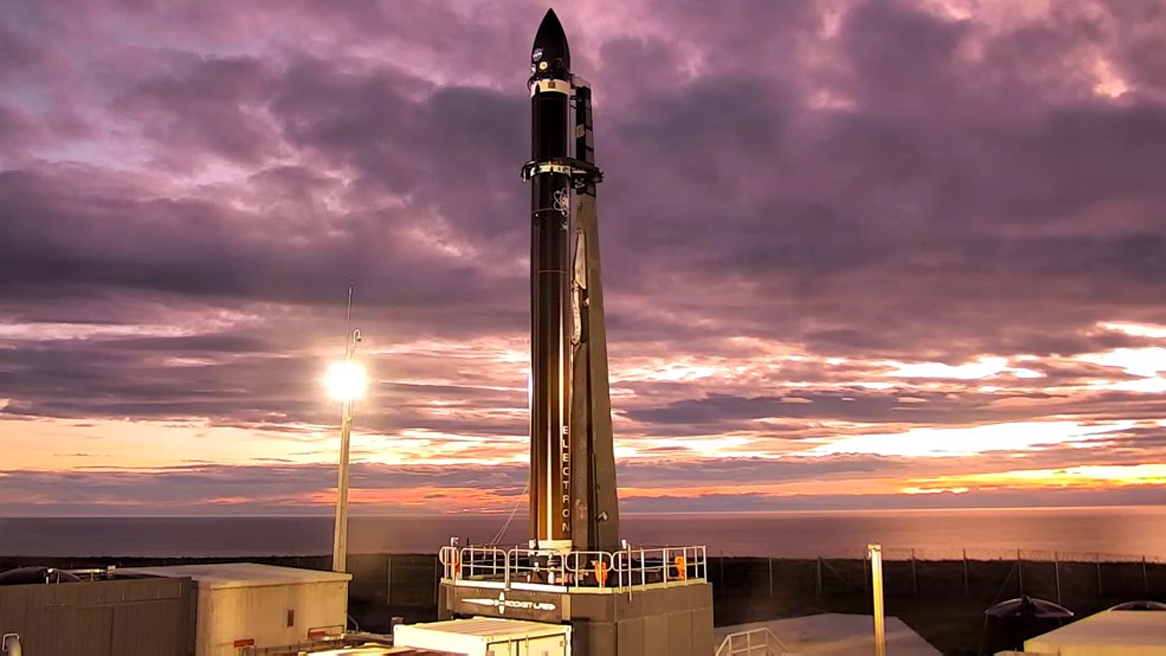 Update for 12 pm ET: NASA, Rocket Lab and Advanced Space announced at 11 am ET that they’ve postponed the launch of CAPSTONE due to final systems checks on the Rocket Lab booster. The next opportunity is on June 28, pending those checks and weather conditions.

After months of delays, NASA’s next mission to the moon is finally ready to launch.

Early Monday (June 27), Rocket Lab will launch NASA’s small CAPSTONE cubesat to the moon from New Zealand on an Electron booster and you can watch it live online. Liftoff is at 6 a.m. EDT (1000 GMT), with NASA’s broadcast beginning in the window above at 5 a.m. EDT (0900 GMT).

CAPSTONE, short for Cislunar Autonomous Positioning System Technology Operations and Navigation Experiment, is a 55-pound (25 kilograms) cubesat the size of a microwave oven designed to test what scientists call a near-rectilinear halo orbit around the moon.

“It will be launching to deliver the first spacecraft that demonstrates the unique lunar orbit intended for NASA’s Gateway,” said Chris Baker of NASA’s Space Technology Mission Directorate, referring to the planned Gateway station at the moon for future Artemis program astronauts. (NASA hopes to return astronauts to the moon in the mid-2020s using its Orion spacecraft, new megarockets and private lunar landers.)

Related: NASA’s CAPSTONE moon mission to go where no cubesat has gone before

A new orbit at the moon

CAPSTONE’s looping near rectilinear halo orbit, called NRHO for short, will bring the cubesat within 1,000 miles (1,600 kilometers) of the moon at its closest point and reach as far out as 43,500 miles (70,000 km). It will allow the spacecraft to always face the Earth for uninterrupted communications and help plan for science observations both near the moon and high above it.

“We view the CAPSTONE mission as a whole as a valuable precursor not just for Gateway, which we’ve talked a lot about for CAPSTONE, but also for Orion and the human landing system and the larger architecture,” said Nujoud Merancy, NASA’s chief of the exploration mission planning office at the Johnson Space Center in Houston, said in the May briefing. “NRHO enables global lunar access, in particular the lunar south pole, which is what we’re interested in for the Artemis campaign.”

CAPSTONE is expected to take four months to reach the moon (mark your calendars for Nov. 13) and then at least six months testing out its unique orbit for NASA. During that time, it will perform a series of navigation and communications tests, some of them with NASA’s Lunar Reconnaissance Orbiter, which has been orbiting the moon since 2009.

NASA’s Cislunar Autonomous Positioning System Technology Operations and Navigation Experiment (CAPSTONE) cubesat is seen during assembly with its solar arrays unfurled. The 55-pound cubesat is about the size of a microwave oven. (Image credit: NASA/Dominic Hart)

NASA originally hoped to launch the mission in 2021 but delays associated with COVID-19 pandemic pushed it into 2022, with the need for additional checks on the spacecraft and rocket further delaying the mission. The $30 million mission ($10 million for the spacecraft and $20 million for the rocket) is overseen by the company Advanced Space of Colorado, with Terran Orbital’s  Tyvak Nano-Satellite Systems of California building the cubesat.

A deep-space first for Rocket Lab

CAPSTONE’s voyage to the moon will mark a first for Rocket Lab, the company’s first deep-space mission beyond low Earth orbit. It will use the company’s Photon kick stage to send the cubesat on its way.

“We’re super excited to see it on the pad and can’t wait to give it a safe launch and off to the moon,” Rocket Lab CEO Peter Beck said May 25.

Rocket Lab is planning its own mission to Venus using Electron boosters and Photon, making CAPSTONE a dry-run of sorts for that flight.

An artist’s illustration of Rocket Lab’s Photon upper stage on a mission to the moon. (Image credit: Rocket Lab)

The months-long trip to the moon for CAPSTONE is a result of using the relatively low-cost, fuel efficient approach with Rocket Lab’s Photon, NASA officials have said, and isn’t one astronauts will have to face on Artemis missions to Gateway. The cubesat should separate from the Photon stage about six days into the flight, NASA has said.

“When we travel to this orbit with a crew in Artemis, it would be as few as five days, potentially up to 10,” Merancy said.

While it may take CAPSTONE a bit longer to reach the moon than Artemis astronauts, it will carry a small camera to snap photos of what it can see.

“We do have a payload imager on board,” said CAPSTONE principal investigator Bradley Cheetham, CEO of Advanced Space, adding that the camera isn’t part of cubesat’s core orbit demonstration mission. “Why would you go to the moon without a camera? So we’re looking forward to that.”

Correction: An earlier version of this story had the incorrect date of CAPSTONE’s arrival in lunar orbit. It is Nov. 13, not Oct. 15.

« How low can Ethereum price drop versus Bitcoin amid the DeFi contagion? » Spec Ops: The Line Remains The Best Exploration Of Bloodlust In Games