What human-made structures can be seen from space? 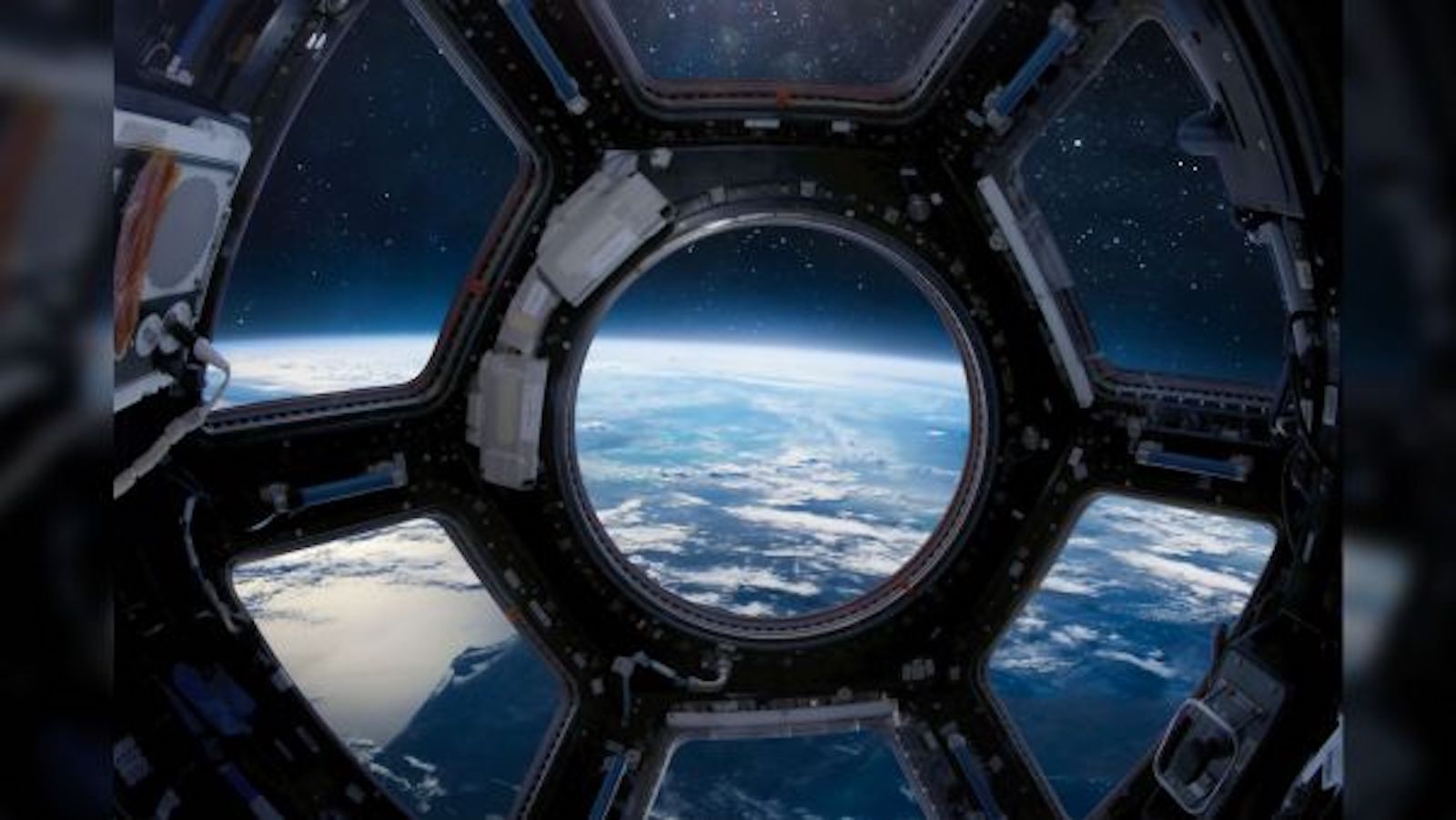 You’ve undoubtedly heard people say the Great Wall of China can be seen from space. But is that really true? In fact, is it possible to see any human-made structure from beyond Earth’s atmosphere?

To answer that question, first we need to define where Earth’s atmosphere ends and outer space begins. The Kármán line, named after physicist Theodore von Kármán, is widely considered the boundary between Earth and space. Typically, it’s defined as 100 kilometers (62 miles) above our planet’s surface.

Related: Celebrate 50 years of Landsat with these stunning images (gallery)

In fact, there are a number of human-made structures that can be seen from space. However, they are unlikely to be places that immediately spring to mind.

The Bingham Canyon Mine, which is around 20 miles (32 km) southeast of Salt Lake City, is the largest human-made excavation ever to have existed and is also the deepest “open-pit” mine anywhere in the world, according to the Universities Space Research Association (opens in new tab). The mine is so substantial that it is not only visible from the Kármán line without the need for magnification but could also reportedly be seen (opens in new tab) by astronauts aboard NASA’s Space Shuttle, which orbited at an altitude of between 190 and 330 miles (305 to 531 km) above sea level.

The Three Gorges Dam, which spans the Yangtze River in China, is also visible from space, according to NASA (opens in new tab). The dam is easily the largest power-producing facility in the world and is thought to be the most expensive hydroelectric dam ever built, France 24 reported (opens in new tab). It stands 607 feet (185 m) tall and is more than 1.2 miles (2 km) long.

Another feat of engineering, Dubai’s Palm Jumeirah, can also be glimpsed from the Kármán line, according to NASA (opens in new tab). And, with an 800 mm (31 inches) lens, the artificial islands can be seen clearly from the International Space Station (ISS), which orbits at an average altitude of about 250 miles (400 km) above sea level.

Here we see the human-made Palm Islands in Dubai. The construction process for the Palm Islands involves dredging sand from the bottom of the Persian Gulf and then spraying that sand over the appropriate areas to create the desired shapes. Satellite technology has played a role in the construction of these islands, as the sand-spraying ships rely on Global Positioning System (GPS) satellite readings to locate their targets. (Image credit: NASA/GSFC/MITI/ERSDAC/JAROS, and U.S./Japan ASTER Science Team) (opens in new tab)

Some highways, especially those that travel through barren regions such as deserts, can also be picked out depending on the conditions and light, as revealed by Chris Hadfield (opens in new tab), a former commander of the International Space Station.

There’s a bit of a disagreement among astronauts about whether the Pyramids of Giza can be seen with the naked eye from space. British astronaut Tim Peake suggested that they cannot (opens in new tab), but he acknowledged that the massive structures can be viewed relatively clearly through an 800 mm lens. However, Leroy Chiao, a former NASA astronaut and ISS commander, insists he spotted the pyramids while in orbit.

“There is much that can be seen from the ISS, even with the naked eye,” Chiao told Live Science in an email. “For example, I once found the great pyramids with a telephoto, and I could pick the two big ones out with the naked eye — so long as the lighting and weather conditions were good — as two tiny dots.”

Can you see the pyramids at Giza in this image? (Image credit: NASA) (opens in new tab)

So, what about the Great Wall of China, the most famous example of all? This myth is officially busted. The Great Wall of China cannot be seen from space with the naked eye, and it is certainly not visible from an orbiting spacecraft. Hadfield confirmed this to be the case in a tweet (opens in new tab), writing that “It’s too narrow, + follows the natural contours & colours” of the geography.

In fact, Chiao — who took the first picture of the Great Wall of China (opens in new tab) from space — admits he couldn’t see the wall when he took the photo.

Chiao also noted that various cities are visible from space — a claim that’s supported by former NASA astronaut Clayton Anderson, who spent 152 days living on the ISS in 2007.

“We can see cities as gray blobs just by looking through the window,” Anderson told Live Science in an email. “One of my favorite cities, Omaha, Nebraska, first appeared to me as a big gray blob, and its sister city Lincoln, which is much smaller, appeared as a not so big gray blob!”

Anderson added that he could also clearly see the areas behind some dams where the water had built up, but would be “hard-pressed to fully confirm that I actually saw the dam itself.”

With regard to the most inspiring natural phenomenon seen from space, Anderson said that, although it’s a “tough question to answer, the Sahara (opens in new tab) was a personal favorite,” he said. “Every time I flew over it seemed different, especially through a camera lens.”