Wholesome Direct: Our Favorites From The Cozy Games Showcase

Sometimes you just need a game to be a little comforting refuge from the stress of, you know, everything. Enter the cozy games genre, sometimes called wholesome games. These low-stress experiences are meant to be relaxing, friendly escapes. And that’s what the Wholesome Direct showcase celebrates. It’s like if herbal tea were a video game. This year’s Wholesome Direct introduced dozens of new games, including four that you can play or try right now:

But there were lots of exciting games besides those. We’ve rounded up some of our favorite, most anticipated games from this year’s Wholesome Direct. Check out why we can’t wait to cozy up with these cozy games.

I am not particularly great at platformers, meaning there has to be something really special about one to get me excited to play it. That said, I am incredibly excited to try out Chicken Journey. The sweet and silly game follows a chicken as they seek out the answer to a question as old as time itself: what came first, the chicken or the egg? Needless to say, I am very curious to discover the truth and solve all this game’s cute li’l puzzles. — Jessica Howard

The abundance of “E3” offshoots such as Wholesome Direct are great opportunities to stumble upon new games you didn’t even know existed. For me, Fall of Porcupine is one such game. It immediately calls back to Night In The Woods with its 2D art and autumnal palette, and though it seems to similarly deal in drama and dark humor like its predecessor, it swaps out the quarter-life crisis and dead-end town plots for a commentary on a failing healthcare system. I have no idea which real-life healthcare system it may be critiquing, but I’m excited to find out. Now, if you’ll excuse me, I have a stack of medical bills wobbling like late-game Jenga on top of my microwave. — Mark Delaney

One more thing: Melatonin is out this September! #WholesomeDirect pic.twitter.com/YnBAWM6Gcc

I am simply mesmerized by Melatonin’s whimsical, minimalist art style–which is probably the point since the game is all about dreams. In Melatonin, the fun starts when your character falls asleep and is subsequently greeted by quirky fantasies and funky, chiptune-esque music. You then engage with your dreams–whether they be chowing down on some burgers or bashing alarm cocks with a baseball bat–by timing your actions with the music’s beat. With each dream showcased in the trailer looking very different from the one before it, it looks like Melatonin will be packed with minigames guided by fun music, and I’m really excited to try it out. Melatonin comes to PC and Nintendo Switch September 16, 2022. — Jessica Howard

As one of the highest-profile games shown during the Wholesome Direct, you maybe don’t need an introduction to Ooblets, but just in case–and, admittedly, because I can’t stop fawning over it anyway–here’s why Ooblets is so awesome. Think of it as one part Animal Crossing, one part Pokemon, but having scrubbed the awkward casual violence of those major series. It swaps out creature-on-creature fighting for adorable dance battles. It replaces the genre’s ubiquitous fishing mini-game with “sea-dangling” where you pluck crafting objects out of the water, not living beings. From top to bottom, Ooblets scratches every itch that cozy gamers would expect to find, but it does it all by recontextualizing the problematic bits of similar games into something universally praiseworthy. — Mark Delaney

“Roguelike” has become shorthand for a certain set of game traits, usually for run-based games that allow you to keep some permanent upgrades between attempts. Old-fashioned grid-based roguelikes are rare outside of the Pokemon Mystery Dungeon series, and this cute take on the genre appears to be another entry. After the monarch of an animal kingdom goes missing, plucky animal adventurers go searching for him. The trailer teased baby chicks, turtles, and even a wee dinosaur, all rendered in a stylized manner reminiscent of the Paper Mario series. I’ve definitely got my eye on this one. — Steve Watts

I love games where it feels like there is a sort of cohesion to what you do, and Potion Permit is one such game. While simply playing town healer would have been fun enough, in Potion Permit you are also charged with going out into the wild to find the necessary ingredients to craft your elixirs, brewing them, exploring the town of Moonbury, and bonding with its residents. There also appears to be an overarching story in which you must be the one to cure the mayor’s daughter, which adds “interesting narrative” to the li’l checklist of everything this game seems to have going for it. Potion Permit is scheduled to release on PC and consoles later this year. — Jessica Howard 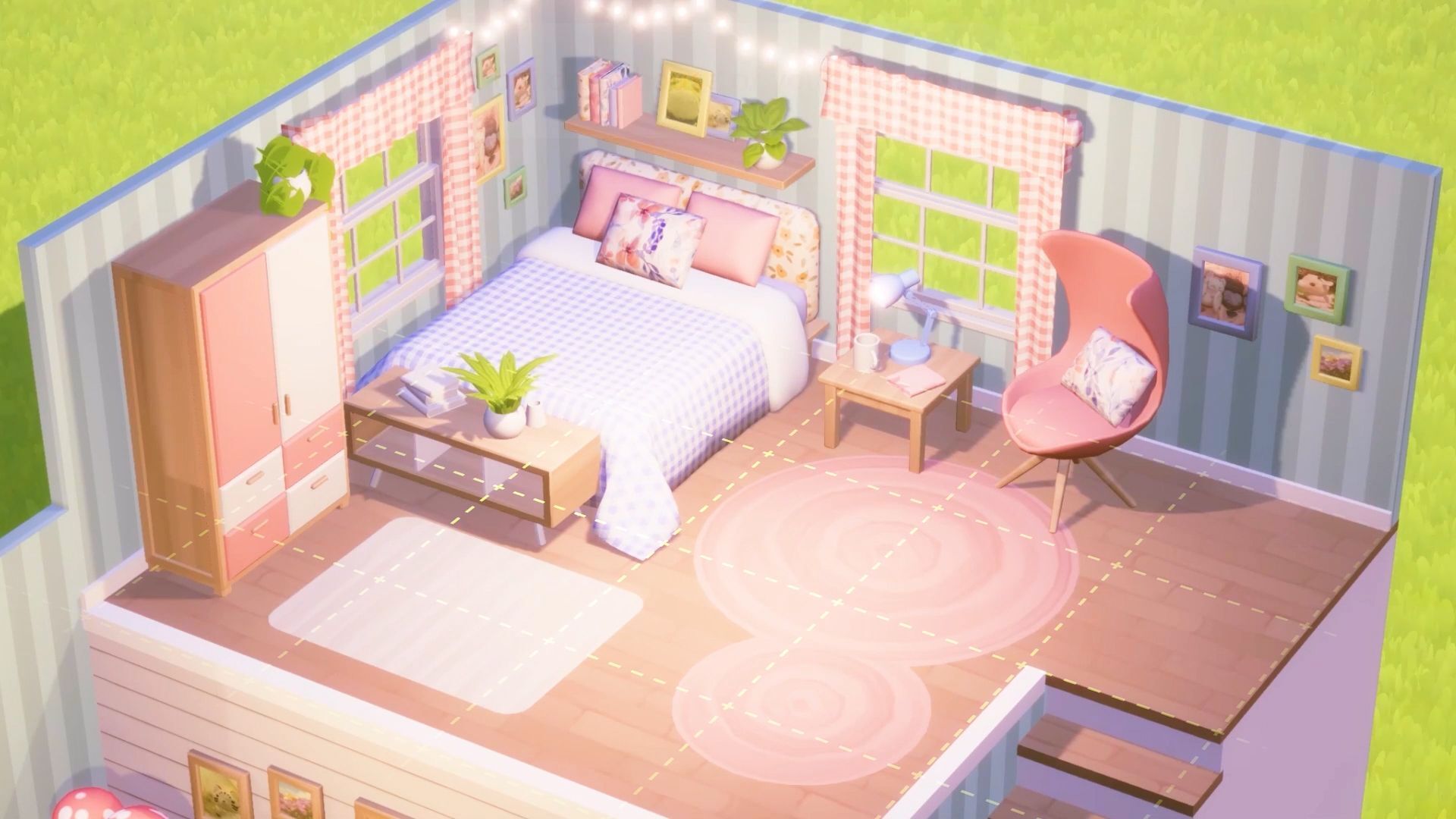 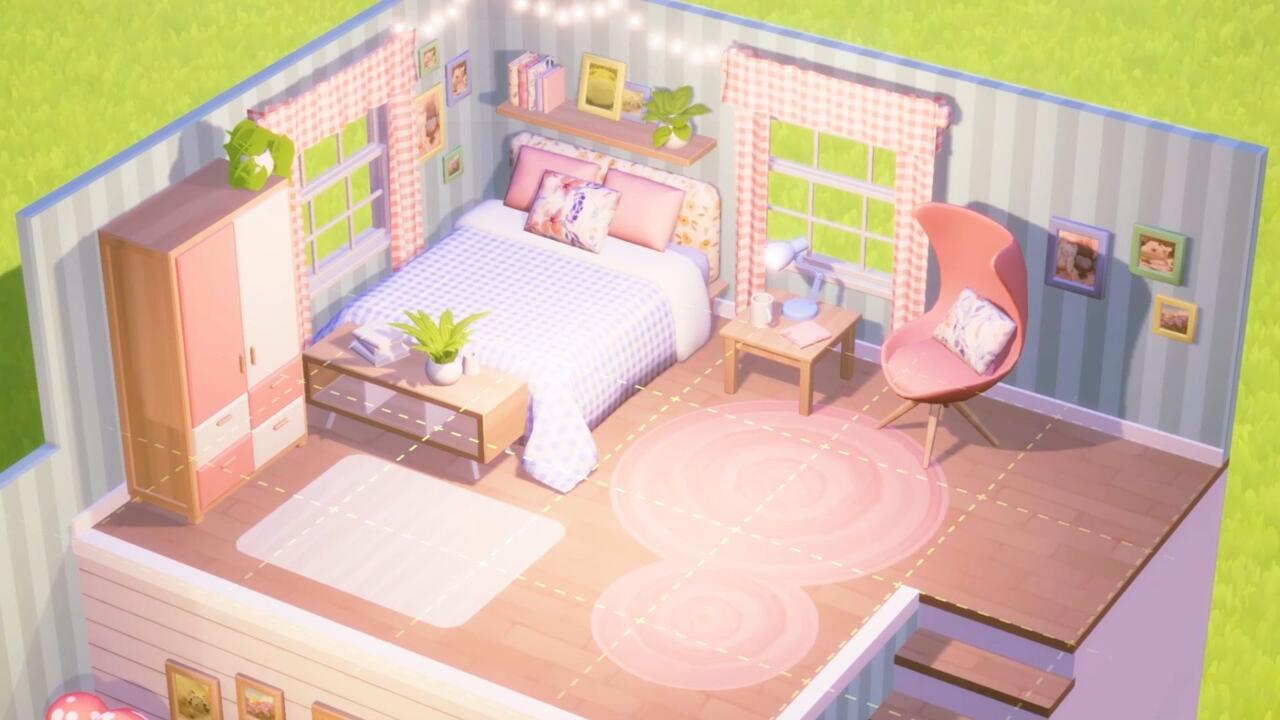 Listen, I’m a simple woman. You give me a farming simulator with a soft color palette and character customization, and I’m gonna give you two, big sparkly eyes and my entire wallet. Puff Pals: Island Skies offers all that and then some, and honestly looks like the kind of cute, Animal Crossing-esque game I’ve been waiting for. With pristine “cottagecore” vibes (you can live in a pumpkin house, y’all), tons to do, and a coziness that radiates from both the critters you encounter and the warm farmhouse you can create, this is one of my most anticipated games from this show–even if I will be waiting until 2025 to play it. — Jessica Howard

Remember what I said about adorable farming simulators? All that applies to Snacko as well. The pixelated cat-adventure game looks pawsitively purrfect (okay, I’ll stop) if you’re into games like Stardew Valley, as it sees you explore a new town, build relationships, attend festivals, fish, mine, farm, and turn a plain ol’ plot of land into a proper home. Snacko is slated to release on PC and Nintendo Switch later this year. — Jessica Howard

The spirits have been swapped, and a fresh (limited time!) demo is available now on Steam

This version has a first-peek at the story-mode of the game: time to meet Mo and Leon!

Play it between June 11th – June 19th, and wishlist the game if you enjoy it!https://t.co/I31BO7s1DM pic.twitter.com/YZ3tQCZ0sW

It’s time we admit to ourselves that match-3 games? They’re incredibly fun. While an influx of mobile games might have soured the genre for some folks, so many of the issues surrounding those games stems from how they’re monetized and, well, to be honest, how bland they can be. Spirit Swap: Lofi Beats To Match-3 To, however, seems like a perfect example of how studios can elevate the match-3 genre. With a vibrant color palette, chill beats, a diverse cast of characters, and a queer narrative tying it all together, there’s a lot to look forward to with this game. — Jessica Howard

Inspired by the real island Ōkunoshima (affectionately called “Usagi Shima” or “Rabbit Island” by locals), Usagi Shima combines Japanese culture with developer Jess Yu’s love of soothing simulation games to create a truly adorable looking experience. The game sees you tasked as an abandoned island’s caretaker, however, as you begin to care for and decorate the island, curious bunnies begin to make themselves at home. With over 30 rabbits to befriend (and pet!), hundreds of items to decorate your island with, and real-time idle gameplay that accommodates every playstyle, this game seems perfect for anyone in need of rest, relaxation, and rabbits. — Jessica Howard

« What are investment DAOs and how do they work? » Defi Platforms and Smart Contract Tokens Suffer the Most During the Crypto Market Rout