World of Warcraft: Wrath of the Lich King Classic is nearly here, and far from the calm before the storm, the weeks leading up to Blizzard’s re-release of the beloved expansion have, for various reasons, been a flurry of emotions ranging from wild anticipation to deep frustration within the game’s dedicated community.

In an interview with GameSpot, WoW Classic associate production director Clay Stone and senior software engineer Kevin Vigue dove into some of the topics that have both delighted and concerned fans in the lead up to Wrath of the Lich King Classic’s September 26 launch, sharing details on how Blizzard is looking to bring improvements to the most popular expansion in WoW history while still making sure it stays distinct from the modern version of the MMORPG.

At the forefront of the WoW Classic community’s collective mind are server login queues, which ballooned to wait times of five hours or more on some of the game’s most populated servers following the release of the Wrath of the Lich King pre-patch and the introduction of the expansion’s iconic Death Knight hero class. Though wait times have improved with time and after Blizzard began to offer free server transfers to players on realms affected by the massive queues, the developer itself warned in a recent forum post that the situation will likely only get worse come the release of the expansion proper. Blizzard went on to state there is no technology or hardware solution to the server queue problem. Many players have asked why Blizzard simply can’t increase server capacity, as if it is an obvious and simple solution. The answer, Blizzard says, isn’t so simple. Servers are maxed out, and are already four times the size of servers from back when Wrath of the Lich King originally launched in 2008.

“We were getting to the point where we were opening it up and starting to see cascading effects on the gameplay performance, things like lag, framerate-based issues that would trickle down from that,” Stone said.

Prior to the pre-patch, Blizzard employed a hands-off approach to server transfers and server populations in the name of ensuring players had the freedom to play with their friends and transfer where they so pleased (as long as they paid a small server transfer fee). That’s now changed, with Blizzard taking a more active role by opening up new servers, locking ones that get too full to new players, restricting transfers to many high population servers, and more closely monitoring server populations over time.

“Eventually there has to be a cap on the server though, just technically, software-wise, hardware-wise,” Vigue said. “If there were a real easy button, we totally would have hit it right now, trust me…There has to be a limit at some point, and that’s what we’re running up against right now.”

Though players have been left frustrated by the server queue situation and Blizzard’s solutions, news of changes coming in Wrath of the Lich King Classic have been well-received. Most recently Blizzard announced that, come the release of the expansion’s phase two content, Heroic dungeons will receive an additional, harder difficulty, one that will reward loot from phase one, 10-player content. Fans have unofficially dubbed these harder dungeons Heroic+, named after the Mythic+ system featured in WoW’s most recent modern expansions. It’s a catchy name, but not one that accurately describes what these new versions of Heroics are about. 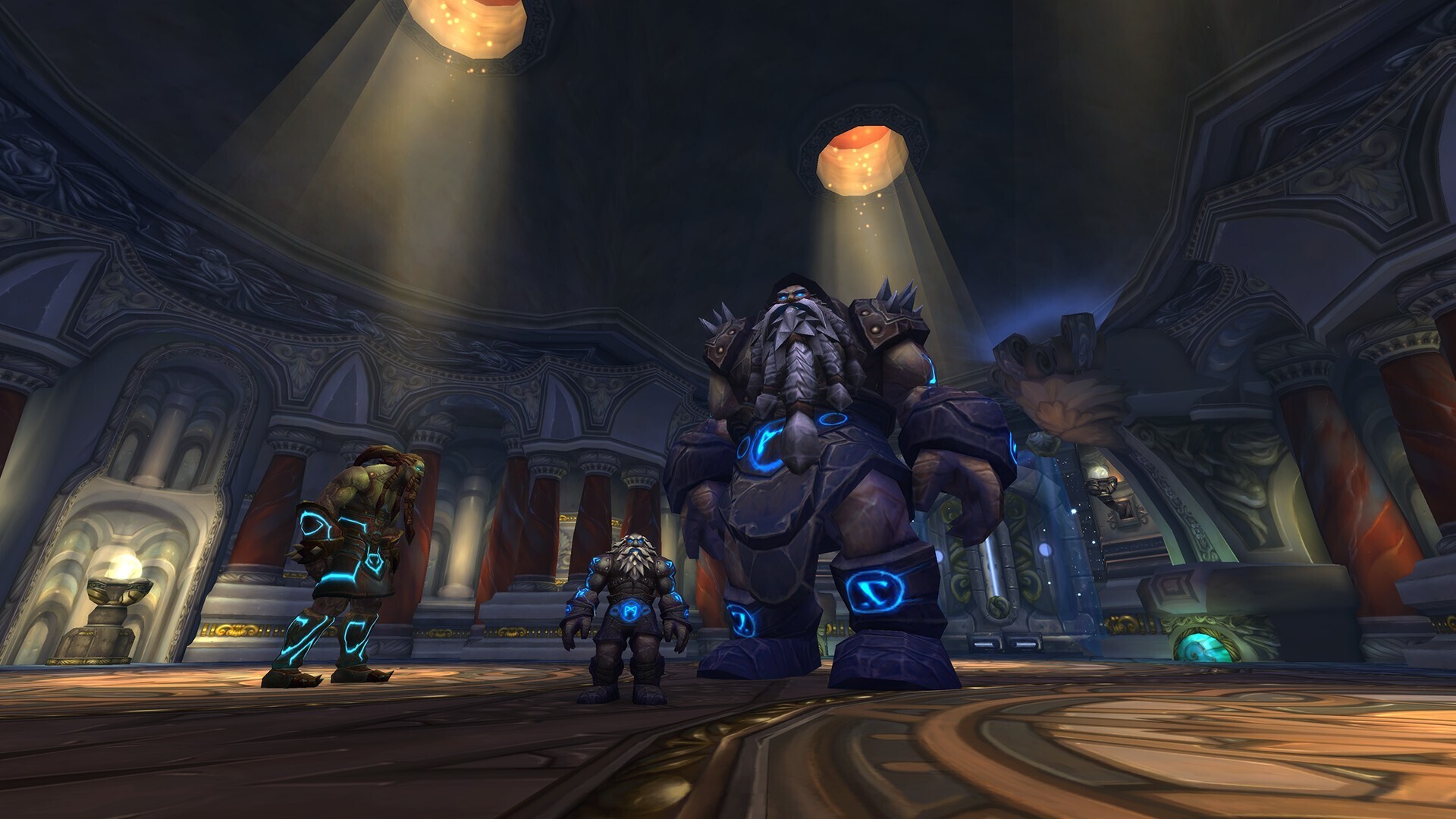 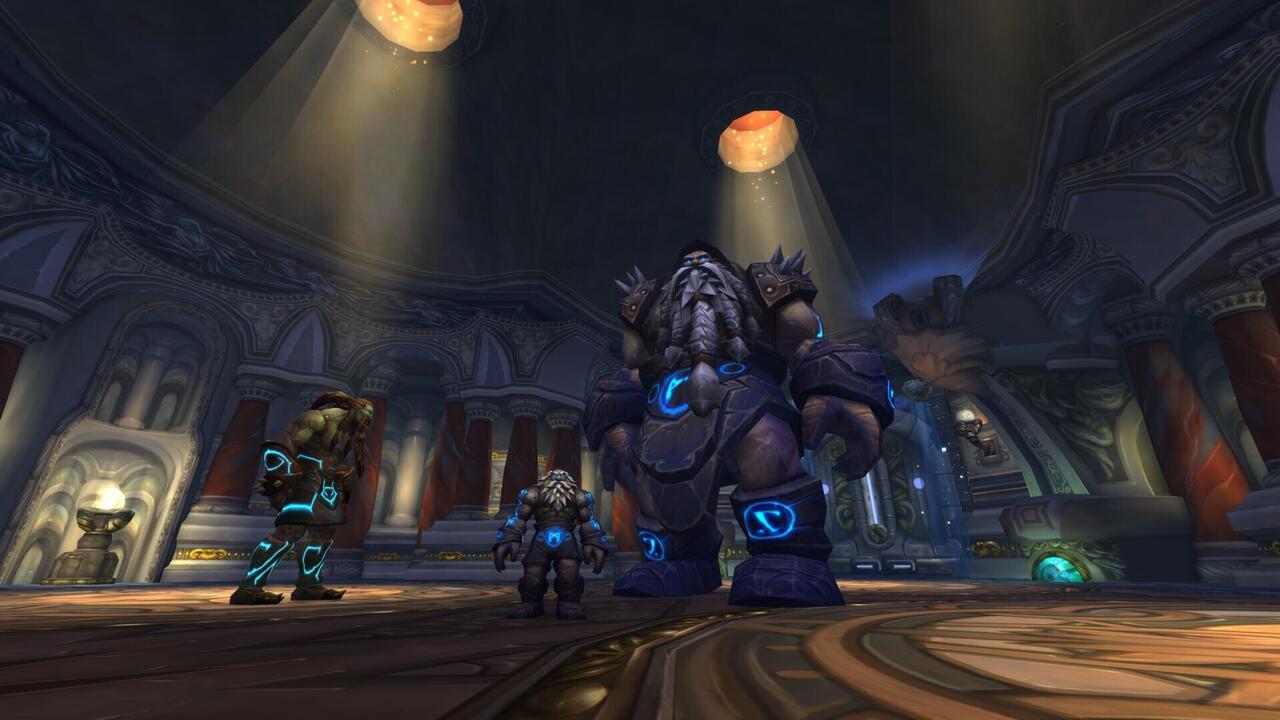 Vigue said exactly how much more difficult these new Heroic dungeons will be is still being determined. He added that, assuming the feature is well-received upon its arrival in phase two, the team is “tentatively planning” on continuing to add increasingly difficult versions of Heroic dungeons with each of the expansion’s subsequent phases.

“Players get massively more powerful, and Heroic dungeons kind of stay the same,” Vigue said. “Which basically means by the end of the expansion, dungeons are trivial. That’s not a great feeling, just in terms of you don’t want your five-man content to be super duper trivial, you want it to be appropriate or customizable to what players are looking for.”

Blizzard’s reasoning for not including Looking For Dungeon stems from a desire to keep WoW Classic and the modern version of the game distinct from one another, with one of the WoW Classic team’s core goals being to protect the old-school MMO’s social experience, something that differentiates it from the modern version of WoW. Matchmaking for dungeons where players from across different servers queue up and are automatically teleported inside their dungeon of choice, with no need to interact with other players or the larger world, erodes that social experience, according to Blizzard.

“That’s what sets World of Warcraft Classic apart,” Vigue said. “That’s what, when players were asking us to bring this game back, saying ‘I remember the good ol’days, I really wish Blizzard would make this experience again,’ that is a lot of what they were remembering…You don’t necessarily become best friends with every person you do a dungeon with, but it’s those little social interactions that brighten the entire experience of World of Warcraft Classic.”

Blizzard has, however, changed its mind on topics like this before. Upon Wrath of the Lich King Classic’s announcement, Blizzard confirmed that Quest Tracking, a feature that marks players’ maps with the exact location of where to go to complete quest objectives and was originally introduced in the same patch as Looking For Dungeon, would not be present. The reasoning was that it went against another core part of Blizzard’s vision for WoW Classic–to emphasize and promote immersion in the titular world of Warcraft. Fast forward a few months, and Blizzard announced that Quest Tracking would make its way into Wrath of the Lich King Classic after all, albeit as an opt-in feature that will be disabled by default, and one that won’t be present for the expansion’s launch.

Even if Wrath of the Lich King Classic doesn’t ever receive Looking For Dungeon proper, Blizzard is taking inspiration from the feature. Tanks and healers who complete dungeons in Wrath of the Lich King will receive what Vigue described as “goodie bags” of consumables, with a small chance of earning additional rewards like rare mounts and pets taken from older dungeon content. The goal is to incentivize players to take on these in-demand roles in five-player content.

“There’s a lot of reasons we don’t want to do pure LFD [Looking For Dungeon]…but we wanted to still make sure people could find dungeon groups and people were being incentivized to tank and heal,” Vigue said. “That was one thing LFD did incentivize with those original reward bags, and we wanted to recreate that somehow.” 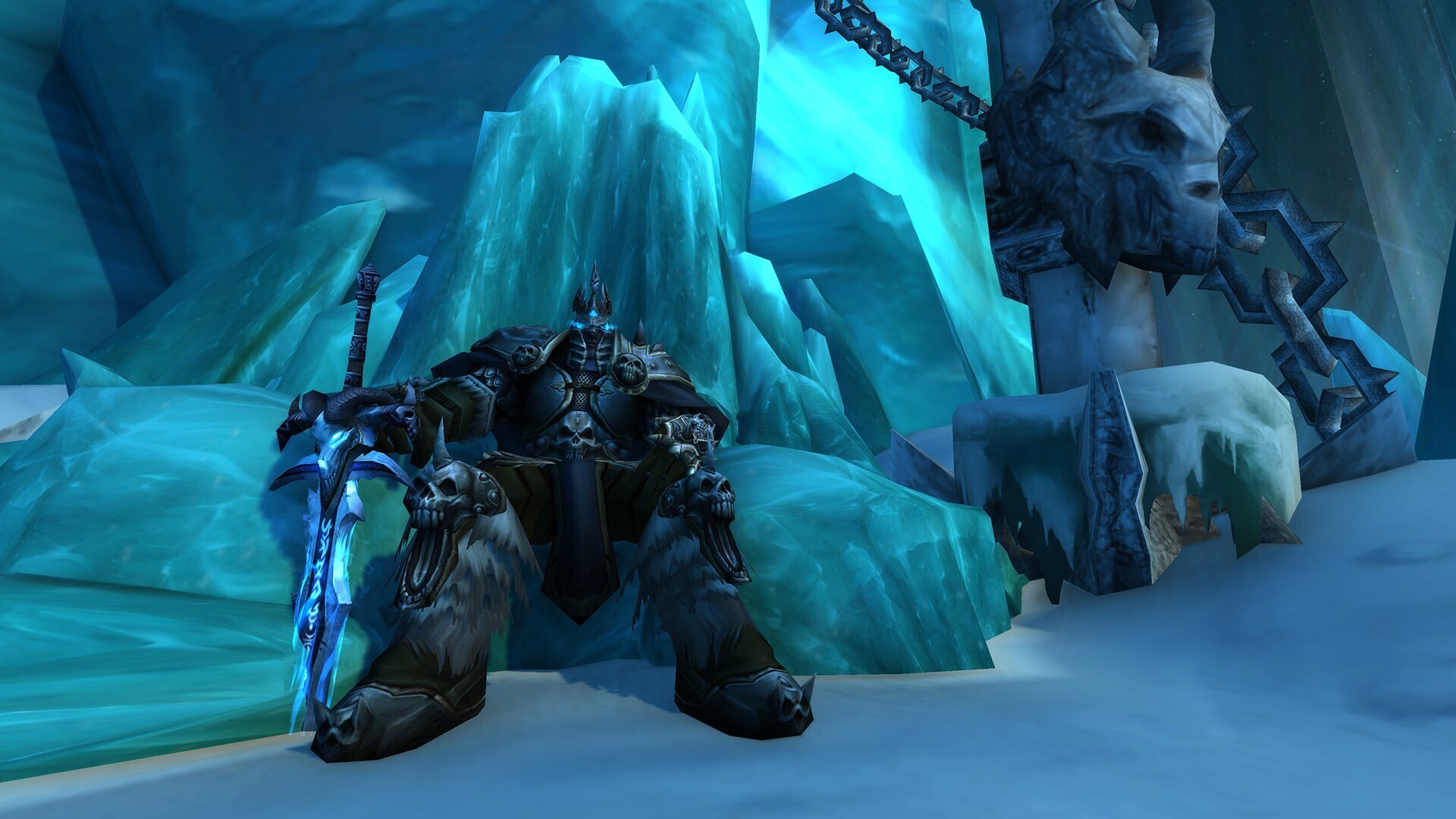 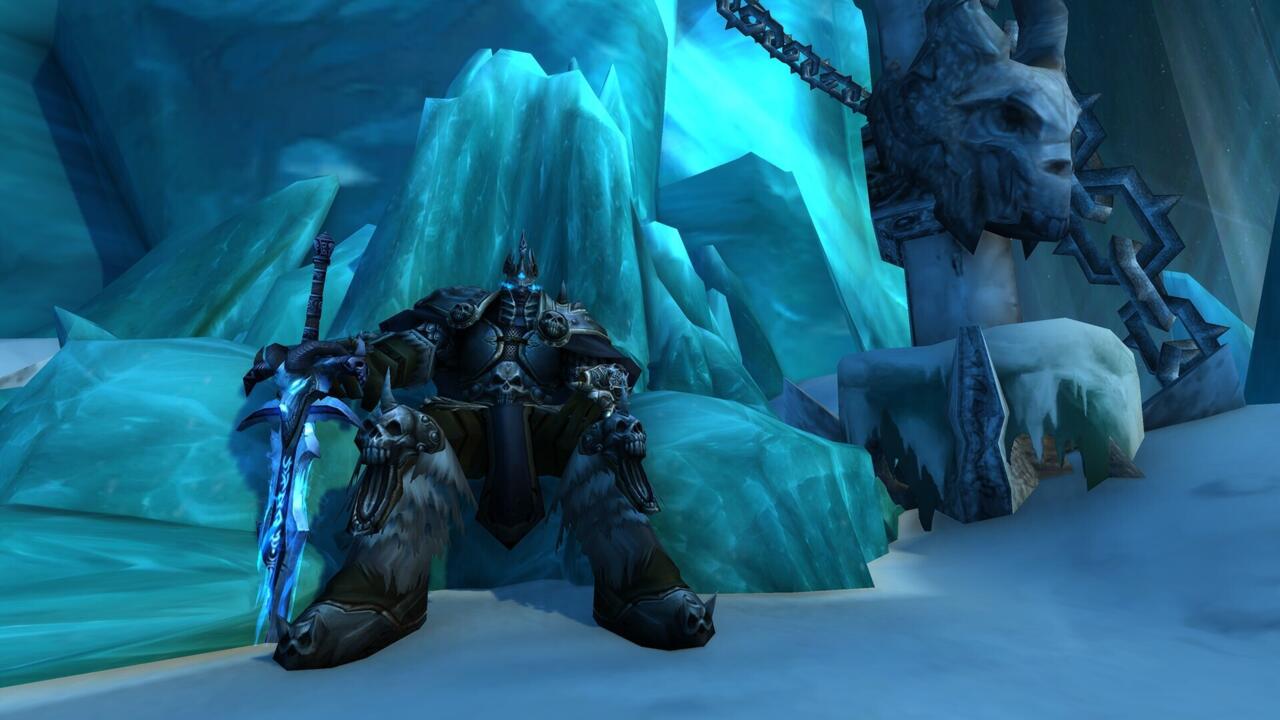 Wrath of the Lich King Classic won’t be exactly like the original, as Blizzard tries to modernize and improve upon the old-school MMO while still preserving what made it special in the first place. Judging from the massive server queues and the hype surrounding the expansion’s pre-patch, Blizzard seems to be succeeding in that mission, something that makes Stone both “excited but slightly nervous as well” for the expansion’s full launch in just a few days.

“The game is alive, well, and stronger than ever,” Stone said.

Where WoW Classic goes next after players defeat Arthas and conquer Northrend is up to the community, Stone said. A Blizzard survey asking fans about their opinion on a Classic version of WoW’s Cataclysm expansion, which is often cited as a pivotal turning point in the MMO’s history, recently made the rounds on Reddit and fansites. When asked about fan enthusiasm, or lack thereof, for a hypothetical Cataclysm Classic, Stone made clear that nothing was set in stone, saying the thought of what comes next is “very top of mind” for Blizzard.

“What are those experiences [the community] want to have next?” Stone said. “We’ve done Season of Mastery already, we’ve talked about how thrilled we’ve been with the response to WoW Classic, Burning Crusade, and now Wrath of the Lich King pre-patch, so clearly there’s a desire there to keep going. It’s on us to keep having this open discussion with the community to determine what that direction is.”